Andy Warhol’s pop art is iconic, but his influence on the music scene is also worthy of praise. Warhol stood on the periphery of music’s changing sound, initially designing jazz album sleeves in the 1950s before emerging as the creative crux of the Factory scene in the 1960s. Warhol became a regular at Studio 54 as the disco era engulfed the late ‘70s, before turning his hand to championing a number of new wave acts in the 1980s. More than 30 years since his death, here are 10 musicians who worked with, were inspired by or found influence in Andy Warhol and his art. 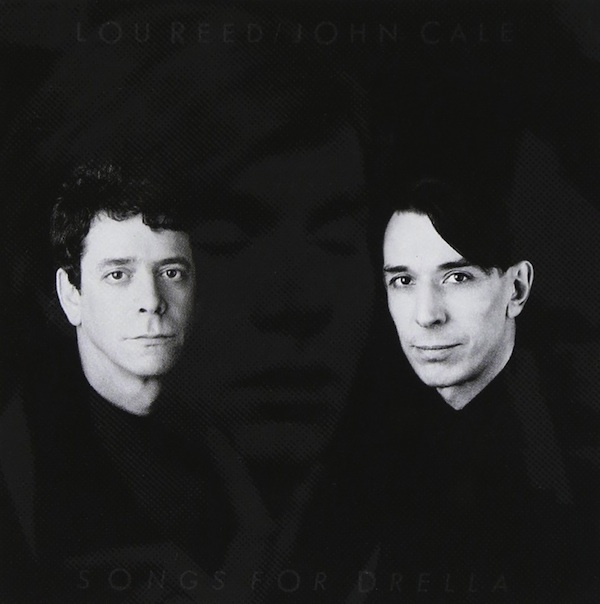 As the manager of The Velvet Underground & Nico, it’s hard to imagine the alternative music landscape if Andy Warhol hadn’t stumped up the money for the recording of the band’s now-classic debut album. Beyond funding, Warhol was responsible for The Velvet Underground & Nico’s album cover art, as well as convincing the group to wear black during performances to counter his light projections. Warhol’s death in 1987 brought The Velvet Underground’s estranged alpha males Lou Reed and John Cale back together for the first time since Reed walked out on the band in 1970, with the pair recording the Warhol tribute album Songs For Drella in 1990. The title came from a Factory-era nickname for Warhol, a portmanteau of ‘Dracula’ and ‘Cinderella’ which Warhol reportedly hated.

Andy Warhol was a massive fan of Prince, describing the burgeoning star’s 1981 Madison Square Garden show as the “greatest concert I ever saw there” in his diary. Following Purple Rain’s massive commercial success in 1984, Vanity Fair commissioned Warhol to create a Prince artwork for their forthcoming issue. Rather than getting the Purple One to sit for him, Warhol used a 1981 Lynn Goldsmith photograph for the 16 pieces he created, which resulted in a lawsuit around ‘fair use’ only settled in the Warhol Estate's favour last year. Warhol’s diaries reveal a giddy excitement when meeting Prince backstage in 1986, with the musician agreeing to appear in Warhol’s Interview magazine. "We asked Prince if he would be our December cover.... We were just shaking, it was so exciting." 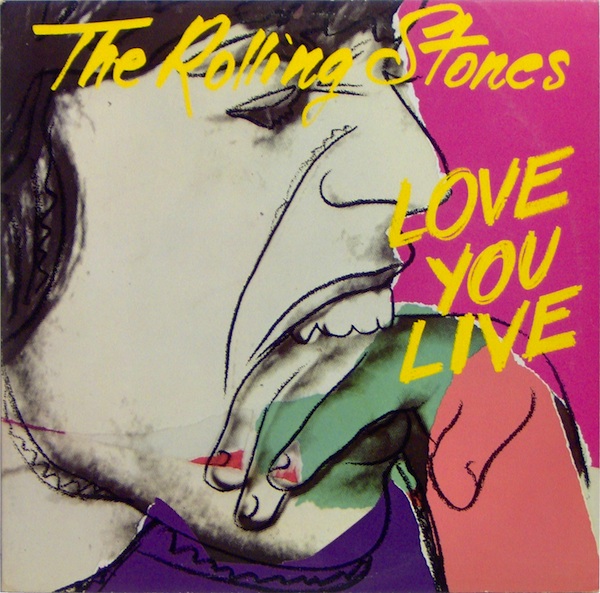 It’s well-known Andy Warhol designed the cover for The Rolling Stones' classic 1971 album Sticky Fingers – complete with the famous zipper which caused all sorts of scratched vinyl dramas on early pressings – but Warhol also designed the Stones’ 1977 album cover for Love You Live. The album sleeve, a live recording of their 1975 tour, features a Warhol photograph of Mick Jagger playfully biting his young daughter Jade Jagger’s hand. As a noted perfectionist, Warhol was said to be annoyed Jagger added typography to the cover art which the designer hadn’t approved.

Before his death in February 1987, Andy bestowed one of his final pop blessings on funky UK act Curiosity Killed The Cat. The video for their single "Misfit" features Andy recreating Dylan’s "Subterranean Homesick Blues" proto-video schtick by discarding white cardboard signs in an alley while frontman Ben Volpeliere-Pierrot dances about. Released in April 1987 just months after the death of their New York benefactor, Curiosity Killed The Cat’s debut album Keep Your Distance hit number one in the UK but only made it to #47 here in Australia.

A creepier compliment would be hard to find, but Andy Warhol once told Blondie frontwoman Debbie Harry "if he could have anyone else's face, it would be mine". Harry first encountered Warhol when she witnessed a ‘60s Velvet Underground show at The Balloon Farm in New York, where Andy was doing the lighting. She became friendly with the artist as Blondie found success in the late ‘70s and the pair's New York friendship circles intertwined. Something of a Warhol muse, Warhol created a number of artworks featuring Debbie, including portraits as part of an advertising campaign for Amiga computers. In 1985 Debbie appeared on the first episode of Warhol’s MTV show 15 Minutes, with Andy also involved in the cover design for her 1986 solo album Rockbird. 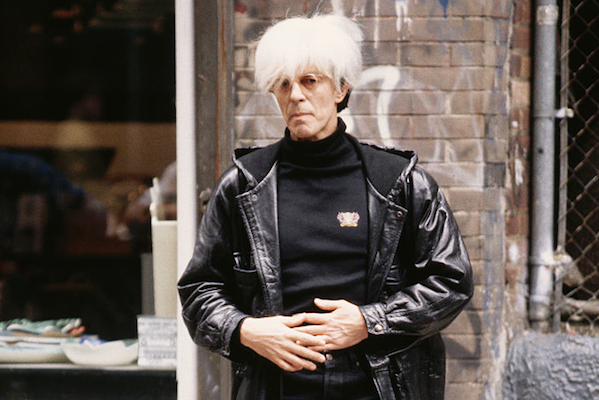 As one of the first people in the world to fall in love with The Velvet Underground (his manager Kenneth Pitt provided him an acetate of the New York band’s debut before it was released), David Bowie was always going to be intrigued by the band’s Svengali. Nicholas Pegg’s impressively exhaustive Bowie tome The Complete David Bowie suggests there was interest in getting Warhol to create the artwork for the album The Man Who Sold The World, but it came to nothing. Next up, Bowie included the tribute song "Andy Warhol" on 1971 album Hunky Dory, however the artist wasn’t impressed when his English acolyte played him the track during a meeting at Factory studio in September 1971. “He absolutely hated it,” Bowie admitted in 1997. Despite the disheartening response, Bowie’s interest in Warhol continued, with the 1989 Tin Machine track "I Can’t Read" featuring the lyric, 'Andy, where’s my 15 minutes?'. In a piece of pop culture cannibalism that Andy surely would have enjoyed, Bowie played Warhol in the 1996 film Basquiat, even donning Warhol’s actual clothing and wig for the part.

Mentioned as one of John Lennon’s favourite new wave bands in his infamous Rolling Stone interview of 8 December 1980, Boston’s The Cars also caught the attention of Andy Warhol. Having photographed lead singer Ric Ocasek in 1980, Warhol followed it up by directing the music video for the band’s 1984 single "Hello Again". Warhol also appears in the clip as a bartender with a battery-operated bow tie. How very throwaway, how very Andy.

A surprising final inclusion given The Band’s country folk and Appalachian-inspired sounded a million miles from Warhol’s New York habitat, but songwriter Robbie Robertson’s autobiography Testimony reveals a fascinating Warhol tale. After The Band completed a studio session with Tiny Tim (!) in 1968, Robertson found himself hanging out with Warhol at Hotel Chelsea eating fried bananas. When the bananas were finished, Andy proposed heading to Salvador Dali’s suite at the nearby St Regis Hotel for a nightcap. “We couldn’t pass that up,” Robertson later told the Toronto Star. "When we got there, Salvador Dali looked amazing with his slicked-back hair and curled wax moustache. Andy was definitely an interesting character on the scene back then, but none of us knew how important his would become.” Ain’t that the truth, Robbie.