11 Songs That Are Also Movie Titles

11 Songs That Are Also Movie Titles 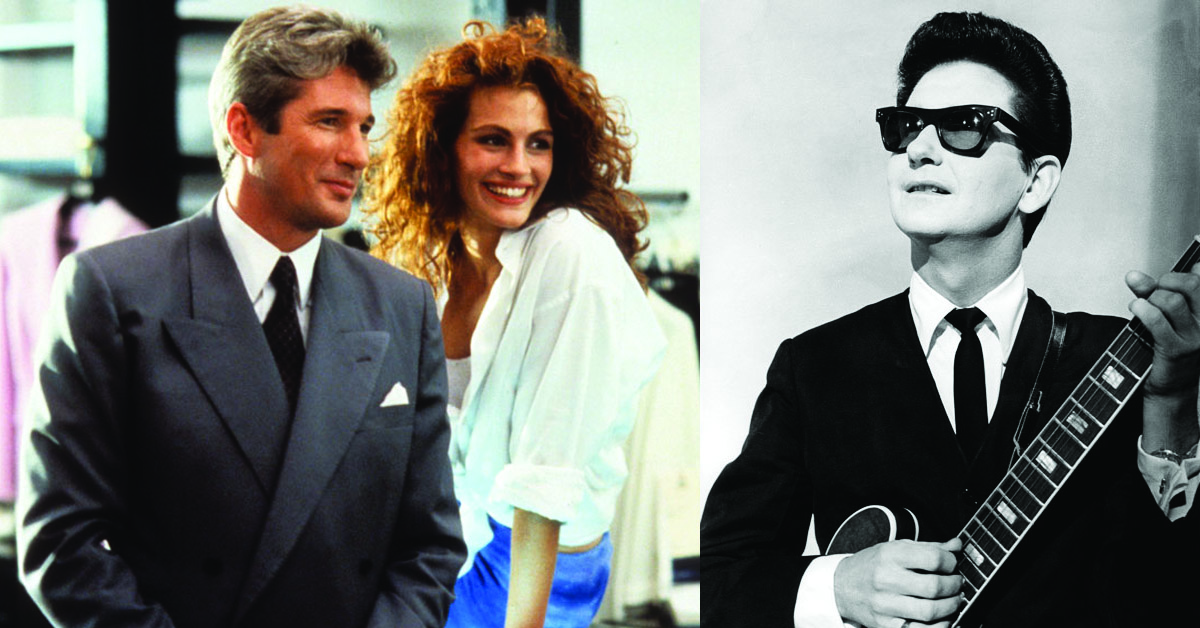 We take a look at some great songs who also happen to share a title with a great film. Some of them are connected, some are not - there is no criteria, nor consideration for which came first - simply just the sharing of a name!

Film - Set in the late 1950s, a group of young lads go in search of a rumoured dead body of a missing child. Along the way, they experience hardships but form an unbreakable bond of friendship. The film, released in 1986 is an adventure masterpiece starring a very young River Phoenix, Cory Feldman and Wil Wheaton.

Song - An absolute classic by Ben E. King from which the film name is derived, released in 1961.

Film -  a 1987 American screwball comedy film directed by James Foley. It stars Madonna and Griffin Dunne, and depicts the story of a street-smart girl who is falsely accused of murdering her boyfriend and is sent to jail.

Song - While shooting for the film, then called Slammer, Madonna had requested Patrick Leonard to develop an uptempo song that captured the nature of her film persona. She later added the lyrics and vocals to the demo tape developed by Leonard, and decided to rename the song as well as the film to "Who's That Girl". Madonna also named her tour the Who's That Girl World Tour in 1987.

Pretty Woman
Film - An iconic 1990 rom-com. The story centers on down-on-her-luck Hollywood prostitute Vivian Ward (Julia Roberts), who is hired by Edward Lewis (Richard Gere), a wealthy businessman, to be his escort for several business and social functions, and their developing relationship over the course of her week-long stay with him.
Song - Technically the song's title is "Oh, Pretty Woman". Recorded by Roy Orbison, it was released as a single in August 1964 and spent three weeks at number one on the Billboard Hot 100.
Absolute Beginners
Film - A 1986 British rock musical film adapted from Colin MacInnes' book of the same name about life in late 1950s London. The film was directed by Julien Temple, featured David Bowie and Sade, and Patsy Kensit in one of her first mainstream roles.
Song - Written and recorded by David Bowie, it was the theme song to the film. Although the film was not a commercial success, the song was released in 1986 and reached #2 on the UK Singles Chart. It also reached the top ten on the main singles charts in eight other countries, becoming his last single to achieve that.
American Pie
Film - A 1999 American teen sex comedy film written by Adam Herz and directed by brothers Paul and Chris Weitz, in their directorial debut. It is the first of the American Pie series and a box-office hit that spawned several sequels.
Song - Released on Don McLean's American Pie album in 1971, the single was a #1 US hit for four weeks in 1972 and also topped the charts in Australia, Canada, and New Zealand. A version of the song was covered by Madonna in 2000 and reached #1 in several countries, including here in Oz.
Boys Don't Cry
Film - Released in 1999, the film is a dramatisation of the real-life story of Brandon Teena, a trans man played in the film by Hilary Swank, who adopts a male identity and attempts to find himself and love in Nebraska but falls victim to a brutal crime perpetrated by two male acquaintances. The film co-stars Chlo Sevigny as Teena's girlfriend.
Song - Released in 1979 as a stand-alone single by The Cure. The lyrics tell the story of a man who has given up trying to regain the love that he has lost, and tries to disguise his true emotional state - hence the perfect use of the song in the film (although the film soundtrack version was a re-record by Nathan Larson).
Pretty In Pink
Film - A cult 'Brat-pack' classic about love and social cliques in American high schools in the 1980s. Directed by Howard Deutch, written by John Hughes, who also served as co-executive producer, and starring Molly Ringwald. It was named after the song by The Psychedelic Furs.
Song -  Originally released in 1981 as a single from the band's second album, Talk Talk Talk. The 1986 film was named after the song and a re-recorded version of the song was included on its soundtrack.
Fame
Film - Released in 1980, this musical drama chronicles the lives and hardships of students attending the High School of Performing Arts in New York City, (known today as Fiorello H. LaGuardia High School), from their auditions through to their senior years.
Song - Released in 1980 it achieved chart success as the theme song to the film and TV series. Performed by Irene Cara, who played the role of Coco Hernandez in the original movie, it won the Academy Award for Best Original Song in 1980, and the Golden Globe Award the same year.
Sweet Home Alabama
Film - A 2002 American romantic comedy film directed by Andy Tennant and starring Reese Witherspoon, Josh Lucas, Patrick Dempsey and Candice Bergen. The film was released by Touchstone Pictures and takes its title from the Lynyrd Skynyrd song.
Song - Released in 1974 by Lynyrd Skynyrd on their second album, Second Helping. It reached the top 10 in the US and was the band's second hit single. The song was written in reply to "Southern Man" and "Alabama" by Neil Young who is name-checked in the song's lyrics. The opening riff is instantly recognisable.
The Hand That Rocks The Cradle
Film - A 1992 psychological thriller directed by Curtis Hanson, and starring Annabella Sciorra and Rebecca De Mornay. The tale follows a vengeful, psychopathic nanny out to destroy a naive woman and steal her family.
Song - The first song Morrissey and Marr ever wrote together, in 1982. The riff was inspired by Patti Smith's "Kimberly," her celebration of a baby sister's birth, except this is the tale of a bereft single dad watching his child sleep and vowing never to leave.
La Bamba
Film - A 1987 American biographical film written and directed by Luis Valdez that follows the life and career of Chicano rock 'n' roll star Ritchie Valens, played by Lou Diamond Phillips as Valens. The film depicts the effect Valens' career had on his family. In 2017, the film was selected for preservation in the United States National Film Registry by the Library of Congress as being "culturally, historically, or aesthetically significant".
Song - A Mexican folk song, originally from the state of Veracruz, best known from a 1958 adaptation by Ritchie Valens which was one of early rock and roll's best-known songs. Valens' version of "La Bamba" is ranked number 354 on Rolling Stone magazines list of the 500 Greatest Songs of All Time. It is the only song on the list sung in a language other than English."La Bamba" has been covered by numerous artists, most notably by Los Lobos, whose version was the title track of the film.
Tags:
roy orbison, Ben E. King, madonna, The Smiths, david bowie,film, 70s, 80s, 90s, soundtrack
Share this on
https://www.ilikeyouroldstuff.com/news/11-songs-that-are-also-movie-titles
https://www.ilikeyouroldstuff.com/news/11-songs-that-are-also-movie-titles
-->