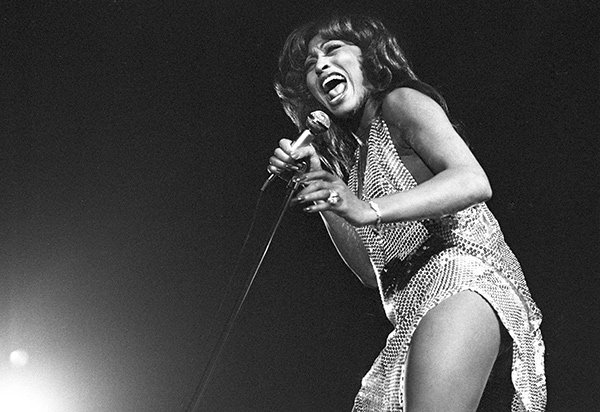 This brand of bravery inspires greatness in all walks of life. So, in the spirit of International Women’s Day, here are 9 empowering anthems from some of the world’s most tenacious female artists, admired and respected not because they’re girls, because they’re just so damn good.

Watch the Queen of Soul own this live performance with determination and class. Aretha flipped this Otis Redding original on its head, turning a slightly misogynist song into THE all-time anthem of female empowerment.

Taking control in the studio of instrumentation and arrangement herself, Aretha’s version of “Respect”, the global sensation it became, and remains, would be a revered feat of artistry even by today’s standards. In 1968, it was simply unheard of. But she makes it look so easy!

"Express Yourself" was Madonna’s first collaboration with producer, Stephen Bray for Like a Prayer. Starting with a confident call to arms, “Come on girls!” this hymn to freedom the urges women to always express their true desires and never settle for second-best.

It’s not just an anthem of empowerment, it's also an objective lesson for the boys in how to treat a girl right  – very forward thinking in 1989, for what is now a hot topic in the equality discussion 30 years later.

You don’t need me to tell you how straight up, honest, bold and confronting the lyrics of this song are, even for the ‘90s. But here’s something you might not know about it:

Alanis was only 19 when she started writing Jagged Little Pill. At 20, she released the first single, “You Oughta Know” and it was instantly snapped up by LA’s highly influential KROQ-FM.

At the tender age of 21, Alanis Morissette’s Jagged Little Pill had sold over 33 million copies worldwide, and, thanks to a succession of hit singles, remained in the Billboard Top 20 for over a year. She was finally old enough to buy a beer and boy did she have something to celebrate!

4. Kylie Minogue “Get Outta My Way”

This feel-good pop anthem features a super-hot Kylie writhing around on the floor, wearing an endless array of fabulous outfits flanked by an army of perfectly sculpted Adonis’. It’s girl-power on fire.

Lyrically, the song is a sassy warning to an aloof partner, and while she might look like a sweetly adorned pop princess, the gold bear-claw knuckle dusters are a dead giveaway that you don’t mess with Kylie.

In the world of entertainment, suspense is everything and Stevie Nicks certainly knows how to make an entrance! In this live performance of her revered, “Edge of Seventeen”, the lead guitarist teases the crowd with the iconic riff they know will eventually draw the woman of the hour out into the spotlight – which of course, it does. She takes centre stage with pure nonchalance, grace and, “watch this” written in her eyes.

“Edge of Seventeen” has been covered by many artists. The distinctive guitar line was sampled by Destiny's Child in their chart-topping "Bootylicious", and if you watch the clip closely, you’ll catch Stevie Nicks' cameo on guitar.

Perhaps a controversial choice considering all the power anthems this supreme diva has to offer, but my reason is this:

Cher’s cover of the 1963 classic, “Shoop Shoop Song” was recorded for the soundtrack of Mermaids, in which she also starred. A story set in the '60s about an eccentric single mother raising two adolescent girls in her own strict but unconventional way, unperturbed by others judgement, encouraging her girls not to live by others standards, be themselves and be proud of it.

Only Cher could deliver such an effortlessly powerful message of liberation at the heart of a sharp and quirky comedy.

This is possibly the most naturally commanding, sexy, inspired and completely out of control performance you’ll ever witness. The depth of soul, energy and sheer power of Tina Turner is jaw-dropping. Words can do no justice.

The fact that she does it all in stilettos might just be the hardest part to believe.

8. Eurythmics “Would I Lie To You”

What Would Annie Lennox Do? Is a pretty apt philosophy that can be applied to most situations. This clip for “Would I Lie To You” is one of my favourite of her many awesome power moments.

What do you do when your James Dean wannabe beau is being a jealous jerk? Let him push you around and tell you what to do? Or, do you go out, own the room, show him exactly who’s boss and why, then walk away without even answering the question.

9. Dusty Springfield “You Don’t Own Me”

“You Don’t Own Me” was originally recorded by Leslie Gore, but I’ve decided to include Dusty Springfield's version because she didn’t just cover the song, Dusty made it an anthem because she really meant it.

Her romantic involvement with both men and women in an era that barely had a term for bisexuality, let alone an understanding of it, was boldly individual. Her defiant refusal to identify as being strictly gay or straight was ground-breaking territory for a female pop star of the cookie-cutter 1960s. Despite the fact it didn’t do her many favours in her personal or professional life, her bravery left a legacy that ranks pretty high in the precursors of change.

Don't stop there, jump over to our I'm Every Woman playlist for stacks more power anthems from decades of bold, inspiring and unapologetically awesome female artists.