Bowie At The Beeb Sessions Turn 50!

Bowie At The Beeb Sessions Turn 50! 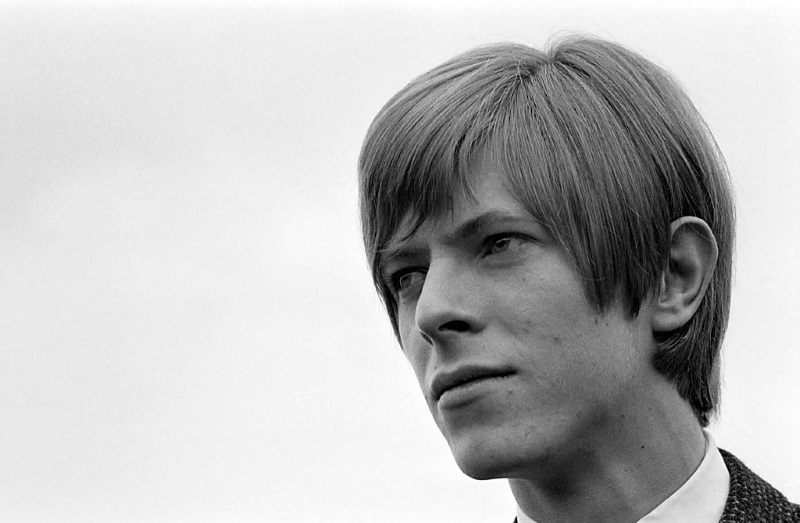 Today marks the 50th anniversary of the earliest BBC Session included on David Bowie’s essential compilation, Bowie At The Beeb.

On May 13, 1968 – a full year before his breakthrough success with Space Oddity - the 21-year-old entered Piccadilly Studio 1 and recorded five songs for Top Gear. To celebrate the occasion, I Like Your Old Stuff gave the 4LP set another spin and picked out some of the finest moments.

Studio version available on: The World Of David Bowie (1970)

Background: When BBC Radio 2 and BBC Radio 3 began broadcasting in 1967, it greatly expanding the opportunity for music programming on the national station. Bowie’s own debut session was aired on Christmas Eve 1967, however none of those tracks made it to Bowie At The Beeb. Instead, this set kicks off with In The Heat Of The Morning from his May 1968 appearance. A vibrant, swinging ‘60s number with a light psychedelic dusting (sample lyrics include ‘tie a knot in rainbow’s end’), In The Heat Of The Morning has a euphoric swagger, with the union of strings and keyboards adding to the thrill.

Background: Recorded for The Sunday Show in 1970, this Jacques Brel cover takes a darker turn. A gritty portrait of rancid sailors around a busy dock, Amsterdam is a startling track with barely a chorus to its name. An acoustic performance that gains power as it gathers pace, Bowie’s reading has him spitting out the word ‘slut’ with particular venom. “Very tasty indeed,” John Peel remarks at its conclusion.

Studio version available on: The World Of David Bowie

Background: Also recorded with John Peel for the Top Gear program on 13 May 1968, Karma Man matches the Swinging London influences with Bowie’s love of entwining fairytale and nursery rhyme references into his lyrics. The addition of strings to the lavish production overstate the song’s significance at the time (it was unreleased at the time and would only appear in 1970 on The World Of David Bowie compilation), yet its status should not be undervalued. It was one of the tracks Bowie re-recorded for his abandoned Toy album in the early 2000s, where he polished up lost gems from his earliest archives.

Background: Recorded on 3 June 1971 for the In Concert program hosted by John Peel, Bombers’ piano might sound a touch piano but there’s no doubting the burgeoning glam rock cool. “David Bowie on piano and amazing pair of trousers,” DJ John Peel remarks to his audience. While it never appeared on the then forthcoming Hunky Dory album as Peel suggests in the introduction, and was also considered for the The Rise And Fall Of Ziggy Stardust And The Spiders From Mars album, a studio version remained unreleased until certain reissues of Hunky Dory included the track. Of note in this session is the fact it’s the first live performance from the line-up which would come to be known as The Spiders From Mars – drummer Woody Woodmansey, bassist Trevor Bolder and guitarist Mick Ronson.

Background: Recorded during the same In Concert performance as Bombers, the session found Bowie bringing in a number of associates to assist on the 10 tracks played (Oh! You Pretty Things was performed, but never broadcast). This is the only official appearance of Looking For A Friend on a David Bowie release, with the song originally written for his short-lived band Arnold Corns. It was re-recorded for Ziggy Stardust but remains unreleased in this format. This BBC version features Bowie’s Arnold Corns sidekick Mark Carr Pritchett on co-vocals.

Background: Almost three years after his hit with Space Oddity, Bowie recorded the track during the Johnnie Walker Lunchtime Show on 22 May 1972. It never made it to air at the time, meaning Bowie’s cheeky addition of the line ‘I’m just a rocket man’ (a nod towards Elton John, who was riding high in the charts with his own, possibly Space Oddity-influenced hit). The track remained officially unreleased until Bowie At The Beeb unveiled the complete 1972 session, which also featured cool versions of Starman, Changes and Oh! You Pretty Things.

Background: After a fine impersonation of Lou Reed on I’m Waiting For The Man in a BBC January session, Bowie returned to The Velvet Underground canon for his follow-up John Peel spot in May. The version of Moonage Daydream from the 16 May appearance is a funky affair where Mick Ronson’s guitar sounds ready to take off into the stratosphere, but it’s on White Light/White Heat where things really click. As well as name-checking three other musical contemporaries on his various BBC Sessions – Jagger (Drive-In Saturday), John Lennon (Life On Mars?) and The Who (All The Young Dudes) – here Bowie throws in a reference to the man behind this Velvet Underground speed classic, with Bowie ad-libbing “White Light make me sound like Lou Reed”. Even the shout of “Ronno!” before a feverish guitar solo suggests Ziggy and his Spiders From Mars were having a wow of a time.

Other Bowie At The Beeb highlights include Five Years, The Supermen and Ziggy Stardust, but it’s a set worth trawling at your own pace for curios and fascinating alternate versions of your favourite Bowie songs.