Cover Me With Love & Craziness

Cover Me With Love & Craziness 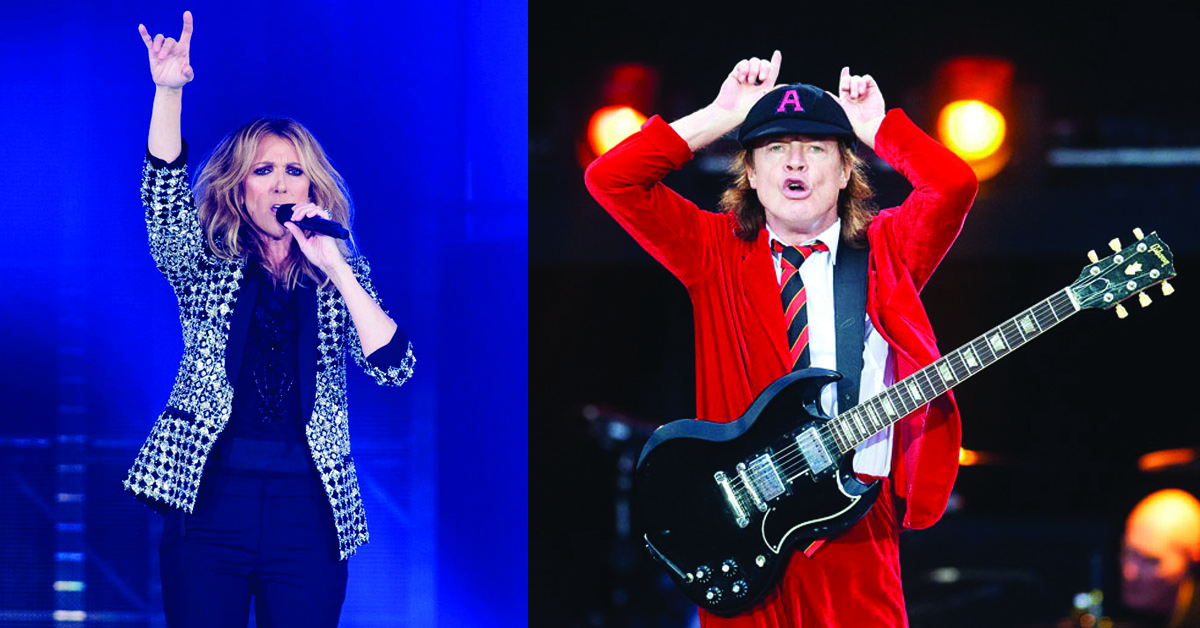 Here at ILYOS, we love cover versions. Covers are a fun way to hear a favourite song in a new light, or a favourite artist try something different. There are some crazy covers out there that just have to be heard, whether you like the artist or the song or not. In the first of a multiple part series, here are a baker's dozen doozies.

Famously, the most memorable recording from Johnny Cash's American Recordings era - his '90s comeback under the guidance of producer Rick Rubin - was this stunning interpretation of a song by singer-songwriter Trent Reznor of dark Industrial Rock outfit Nine Inch Nails. That darkness is what Cash and Reznor had in common.

Metallica love a good cover, and they’ve recorded loads of them. Usually, they cover hard rock and punk bands they’re into – the likes of Budgie, the Misfits and the Ramones. A-ha were definitely not a hard rock or metal band, and we find it hard to believe Metallica are into them, but here, regardless, is Metallica doing A-ha’s “Take On Me” last month, in A-ha’s homeland Norway. Actually, it’s only half of Metallica – Robert and Kirk. Either James or Lars needed a toilet break or they really don’t like A-ha after all...

The Superjesus - Confide In Me (Kylie Minogue)

Released just last week as an add-on to their 20th Anniversary edition of Sumo, this version is amped up and meaty. The heavy guitars amplify the dark pop sound of the original and Sarah McLeod's vocals add a sweetness and vulnerability to create perfect contrasting dynamics. A great cover, one we can see Kylie herself cranking up and rocking out to!

Early ‘70s Ike & Tina were a hard rock funk machine – which is something Led Zeppelin also aspired to - and this ’75 Zeppelin cover, released under Tina’s name only, could well be one of the most brilliant and perfect covers ever.

Underneath the glitz, Dolly is a fine songwriter (“Jolene”, “I Will Always Love You”) and has deep roots in Appalachian folk music. Which in turn has deep roots in British folk music, which of course was a big influence on the acoustic side of Led Zeppelin. Which is a roundabout way of saying that “Stairway To Heaven” suits Dolly to a tee and she absolutely nailed in on her 2002 album Halos & Horns.

Speaking of Dolly Parton and things Led Zeppelin influenced, “Jolene” was a perfect fit for the White Stripes, who recorded it in the same sessions as their White Blood Cells album in 2001.

Never an artist one would associate with anything Motown, Kate is very much a soulful artist, albeit a very unique soul. She recorded this Marvin Gaye hit in 2005 and made it her own.

A ‘highlight’ of their debut album Welcome to the Pleasure Zone – alongside the international smashes “Relax” and “Two Tribes”, Frankie’s unlikely version of "Born To Run" not only cut across the synth-pop pulse that they were known for, but was seen as sacrilegious by some in the States and quite possibly weighed down their ascent there.

Loved for his working-class rock’n’roll and the perceived authenticity of his ‘real’ rock roots (unlike Frankie Goes To Hollywood!), the Boss began incorporating synthesisers into his work with Back in the USA, although many fans heard the influence of infamous New York electronic duo Suicide on the stripped-back album that preceded Back In The USA, Nebraska. But it wasn’t until Springsteen actually released a cover of Suicide’s haunting ’79 single “Dream Baby Dream” in 2013 that his love of the duo became widely known.

Alan Vega was the vocalist of aforementioned NYC synth-punks Suicide. Springsteen wasn’t the only big name Suicide – the Cars also loved them and were able to get Vega signed to their label Elektra once his solo career was up and running. The Cars’ Ric Ocasek produced Vega’s first Elektra album Saturn Drive (he’s also produced Suicide’s second album), which included this unlikely but mesmerising Hot Chocolate cover.

John Cougar – I Need Somebody (Iggy & The Stooges)

On paper this has got to be one of the weirdest covers. John Cougar – pre-Mellencamp – covering the slow-burning tune from Iggy & The Stooges’ hugely influential pre-punk masterpiece Raw Power on his 1976 debut album. He doesn’t do too bad a job of it either. A closer inspection reveals that John’s manager at the time was Tony Defries, who had managed both the Stooges and Raw Power producer David Bowie earlier in the decade (and probably had a piece of the publishing).

Celine Dion & Anastacia - You Shook Me All Night Long (AC/DC)

Weirder in writing than on video maybe, Celine actually has fun with the AC/DC hit, with more than a little help from the decidedly raunchier Anastacia. Those pelvic thrusts around the 1:20 mark show that the demure Ms.Dion does get it.

Another member of Australia’s music royalty gets the cover treatment from an unlikely source. Long-standing American weirdos the Flaming Lips love a cover – in 2017 they rerecorded the Sgt Pepper’s album in its entirety, and they obviously know a good tune. This Kylie cover from 2003 strips the tune back to its hypnotic essence and works a treat.