Iggy Pop Is Producing A TV Series On Punk

Iggy Pop Is Producing A TV Series On Punk 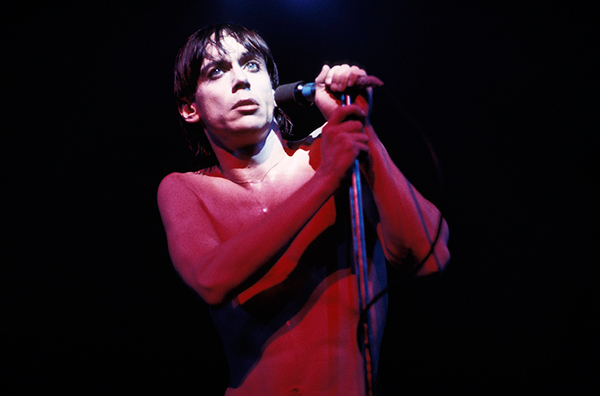 In what will possibly be THE coolest history lesson of all time, the ‘godfather of punk’ himself, Iggy Pop has been named as the executive producer of a new TV series about punk music, simply titled - Punk.

Stretching back through the history of the genre to tell the “quintessential story of punk”, the four-part series will feature interviews with John Lydon, Marky Ramone, Debbie Harry, Flea and many more, as well as key industry and media figures of the time.

Iggy Pop’s band, The Stooges, were one of the first to introduce a raw and visceral edge to pop music in the 1960s, pre-dating and most definitely inspiring the radical dissenters of the 1970s like the Sex Pistols and the Ramones.

What better way could there possibly be than to learn how all the pieces fit together than to go delving into the archives with one of the genre’s biggest icons - who was not only there, but possibly got the whole party started!

“Punk explores the music, the fashion, the art and the DIY attitude of a subculture of self-described misfits and outcasts,” explained EPIX, the network behind the documentary. “Featuring original interviews with America’s punk pioneers and the U.K.’s most notorious bands.”

The sentiment is echoed by John Varvatos, leading fashion designer who will be sharing the executive producer role with Iggy. “Punk’s ability to transcend generations in its culture, music, and style is a story that needs to be told. So… Hey, Ho Let’s Go!”

Iggy Pop is set to return to Australia in 2019 for the 30th edition of Bluesfest. The eternally-shirtless rocker will also play some sideshows while he’s in the country, with headline dates already announced in both Melbourne and Sydney.

If you wanna brush up on your punk before school starts, get stuck into our Shake Some Action - Punk & New Wave Classics from the '70s and early '80s playlist, packed with anthems, attitude and anarchy!