It truly is a year of Christmas’ for Bowie fans! As part of this year’s ongoing celebrations marking 50 years since David Bowie’s first hit, The Space Oddity: 50th Anniversary Edition collection will be released on July 12. It includes two seven-inch singles, one with the original mono single edit of the tune, and the other featuring a newly mixed single edit created by long-time Bowie producer, Tony Visconti. Check it out HERE. 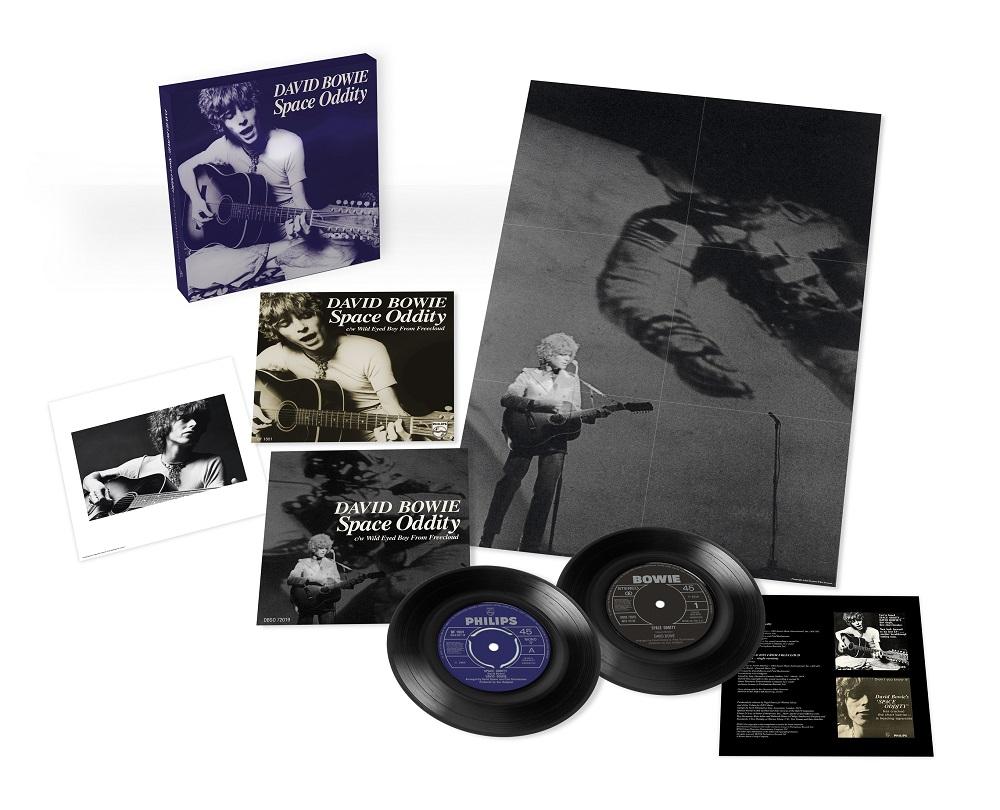 The cover of the original mono single is the rare UK promotional picture sleeve which, along with the label, features the original Philips trademark specifically cleared for this 50th-anniversary release. The single itself has been cut from the original analogue single master tape.

First released as a 7-inch single on 11 July 1969, “Space Oddity” was the opening track of David Bowie’s self-titled second studio album, David Bowie. Initially inspired by the Stanley Kubrick film, 2001: A Space Odyssey, the song gained huge popularity when it was adopted as the unofficial theme of the Apollo 11 Moon landing mission which launched five days after the single’s release.

Listen to Space Oddity on Spotify: