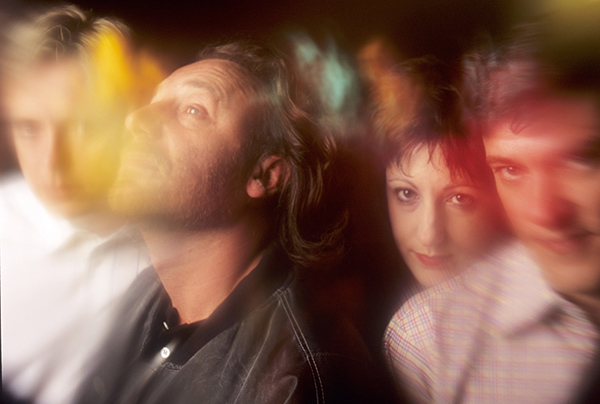 British post-punk, synth-rock pioneers, New Order are releasing a special box set of their ground-breaking debut album, Movement: ‘Definitive Edition’. Released April 5th, the box set will consist of the original album in both vinyl LP and CD forms, plus a DVD of live and TV performances and CD of as-yet-unheard tracks. Check it out HERE.

In the lead-up, the band have released a docuseries online, via their YouTube Channel, called Transmissions. Members recount a difficult time after the sudden death of Joy Division singer, Ian Curtis; recalling how they channeled tragedy into musical experimentation and gained confidence in their shared fragility. Re-emerging as New Order the same year, in 1981, they released their debut album, Movement. Aptly titled, the LP built a sonic bridge between the post-punk sound of Joy Division and the synth-pop style that would eventually come to define New Order and influence the sound of dance and pop music for decades to come.

“I remember we used to do really awkward things,” says Gilbert in the Transmissions trailer. “It became, ‘Oh, that’s a really New Order-y thing to do.’”

Movement is a remarkable document of grief, survival, and comradeship between a group of artists who were driven by a unifying force to create a unique and original sounding album. The Transmissions docuseries provides precious insight into a turning point in music history when synth-driven dance music rose up out of Manchester to become an essential element of 1980s popular culture around the world.

Transmissions maps the journey that lead the members of Joy Division to become New Order: Recounted from each member’s perspective, it makes for a fascinating overview of how a series of small, seemingly naive, decisions can have a monumental impact – when you get the elements just right!

The Movement Box Set will include the vinyl LP with its original iconic sleeve designed by Peter Saville, original album CD in replica mini album sleeve, a bonus CD of previously unreleased tracks, DVD of live shows and TV appearances plus hard backed book all housed in a lift-off lid box. Pre-order your copy HERE.

The four 12-inch singles “Ceremony” (original version), “Ceremony” (re-recorded version), “Everythings Gone Green” and “Temptation” will be released in their original sleeves, one a week starting from March 8th.

Listen to Movement on Spotify:

Listen to Movement on Apple Music: