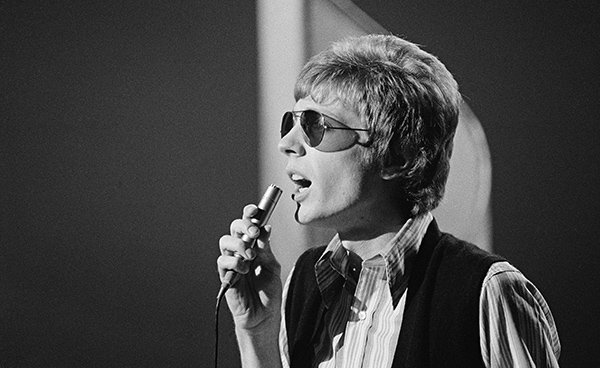 The death of Scott Walker, one of the most enigmatic and influential figures in rock history, has been confirmed by record label 4AD who hailed him as “a solo artist, producer and composer of uncompromising originality.”

“From teen idol to cultural icon, Scott leaves to future generations a legacy of extraordinary music; a brilliant lyricist with a haunting singing voice, he has been one of the most revered innovators at the sharp end of creative music, whose influence on many artists has been freely acknowledged,” the label said in a statement (via NME).

“The scope and dynamism of his vision have added dimension to both film and dance, and he has stunned audiences with music whose composition transcends genre, and whose sheer originality defies pigeonholing.”

The US star found fame as a teen idol in the mid-1960s after forming the Walker Brothers, alongside John Maus, who had been known as John Walker since his teens. The pair were joined by drummer Gary Leeds, who too became known as Gary Walker. The trio scored some early hits in the UK with “Make It Easy On Yourself” (1965) and “The Sun Ain't Gonna Shine Anymore” (1966).

The Walker Brothers found themselves catapulted to Beatlemania levels of fame, but Scott was a reluctant celebrity and began to shun the spotlight as he recorded his own increasingly avant-garde solo material; artfully experimental but gloriously non-commercial.

Walker’s melancholy themes and deep baritone voice marked the sound of a truly original, challenging and intriguing artist who commanded attention, despite his reclusive disposition. His ability to exist within a cultural dimension of his very own would see him hailed as an avant-garde icon, considered a visionary by the likes of Radiohead, Arctic Monkeys, Duran Duran, Jarvis Cocker, The Divine Comedy and many more.

Paying tribute on Twitter, Thom Yorke wrote: “So very sad to hear that Scott Walker has passed away, he was a huge influence on Radiohead and myself, showing me how I could use my voice and words. Met him once at Meltdown, such a kind gentle outsider. He will be very missed.”

After a hiatus from the spotlight, Walker returned in the mid-90s with Tilt (1995), a collection of discordant, abstract, uncompromising and forbidding songs that could be described as modern-classical-industrial, overwhelmingly original soundscapes.

Walker is survived by his daughter, Lee, his granddaughter Emmi-Lee, and his partner Beverly. And, in the words of Thom Yorke: he will be very missed.

RIP Scott Walker, the man who proved some rules were just meant to be broken.

Listen to Scott Walker on Spotify: