The Masterpiece That Is Led Zeppelin III

The Masterpiece That Is Led Zeppelin III 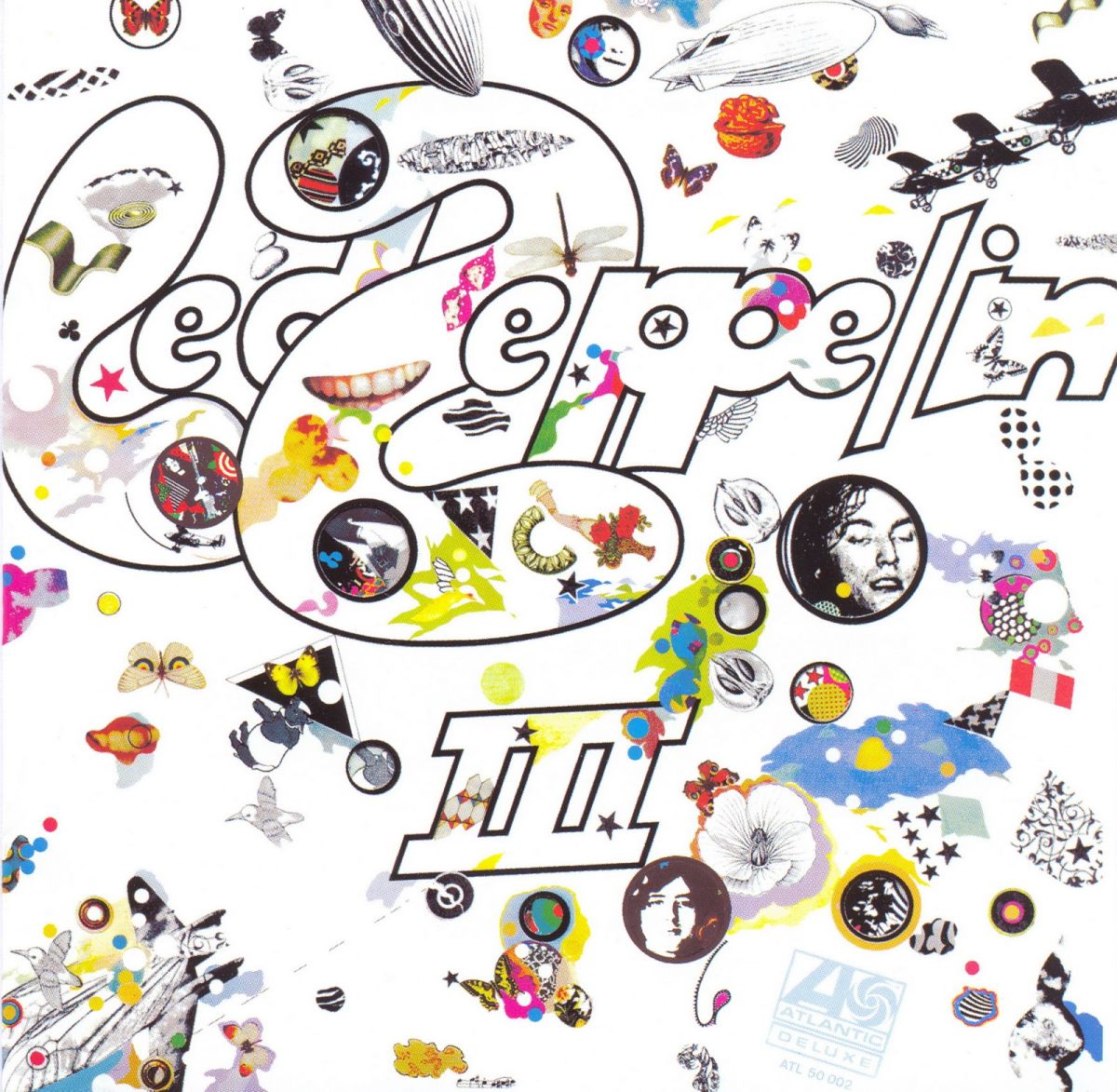 Released on this day in 1970, the music and the cover artwork are as iconic as each other.

Led Zeppelin III's original vinyl edition was packaged in a gatefold sleeve with an innovative cover, designed by Zacron, a multi-media artist whom Page had met in 1963 whilst Zacron was a student at Kingston College of Art. He had recently resigned a lectureship at Leeds Polytechnic to found Zacron Studios, and in 1970 Page contacted him and asked him to design the third album's cover.

The cover and interior gatefold art consisted of a surreal collection of seemingly random images on a white background, many of them connected thematically with flight or aviation (as in "Zeppelin"). Behind the front cover was a rotatable laminated card disc, or volvelle, covered with more images, including photos of the band members, which showed through holes in the cover. Moving an image into place behind one hole would usually bring one or two others into place behind other holes. 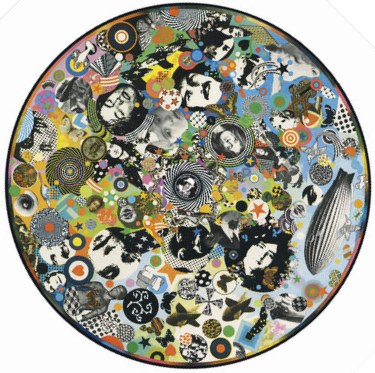 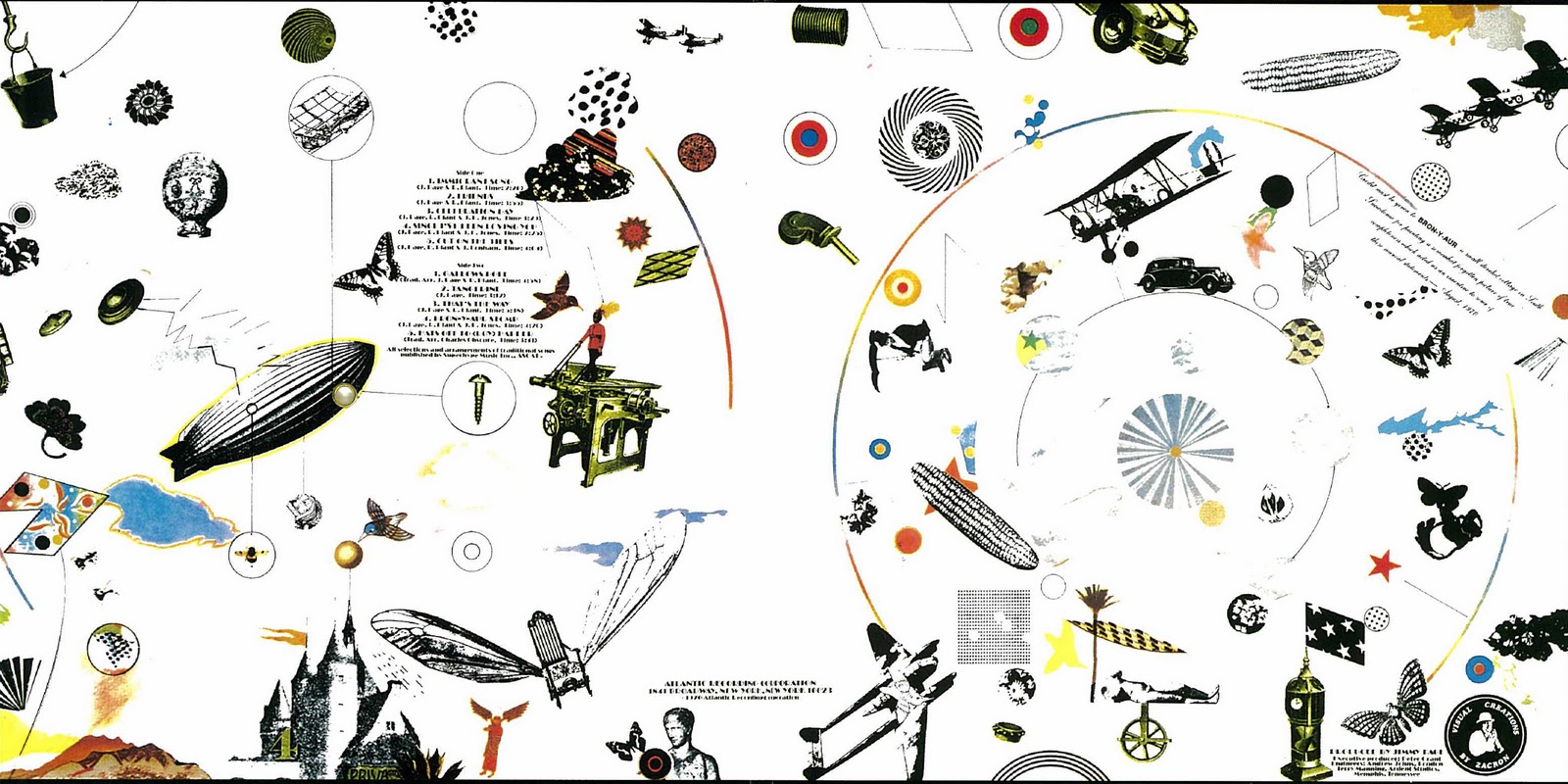 This could not be replicated on a conventional cassette or CD cover, but there have been Japanese and British CDs packaged in miniature versions of the original sleeve. In France, this album was released with a different album cover, simply showing a photo of the four band members.

The idea of including a volvelle, based on crop rotation charts, was initially Page's concept. However, the result was a meeting of minds as Zacron had been working on rotating graphics from 1965. Zacron felt that by not including text on the front of the cover, the art would endure.

In an article featured in the December 2007 issue of Classic Rock magazine, Zacron claimed that upon his completion of the artwork, Page telephoned him while he was in New York to express his satisfaction with the results, saying "I think it is fantastic". However, in a 1998 interview Page himself gave to Guitar World magazine, he described the results as a disappointment:

“I thought it looked very teeny-bopperish. But we were on top of a deadline, so of course there was no way to make any radical changes to it. There were some silly bits—little chunks of corn and nonsense like that.”

The album cover featured on the front page of The Daily Mail's Live Magazine in December 2007, which hailed Led Zeppelin III as "the greatest rock album of all time".