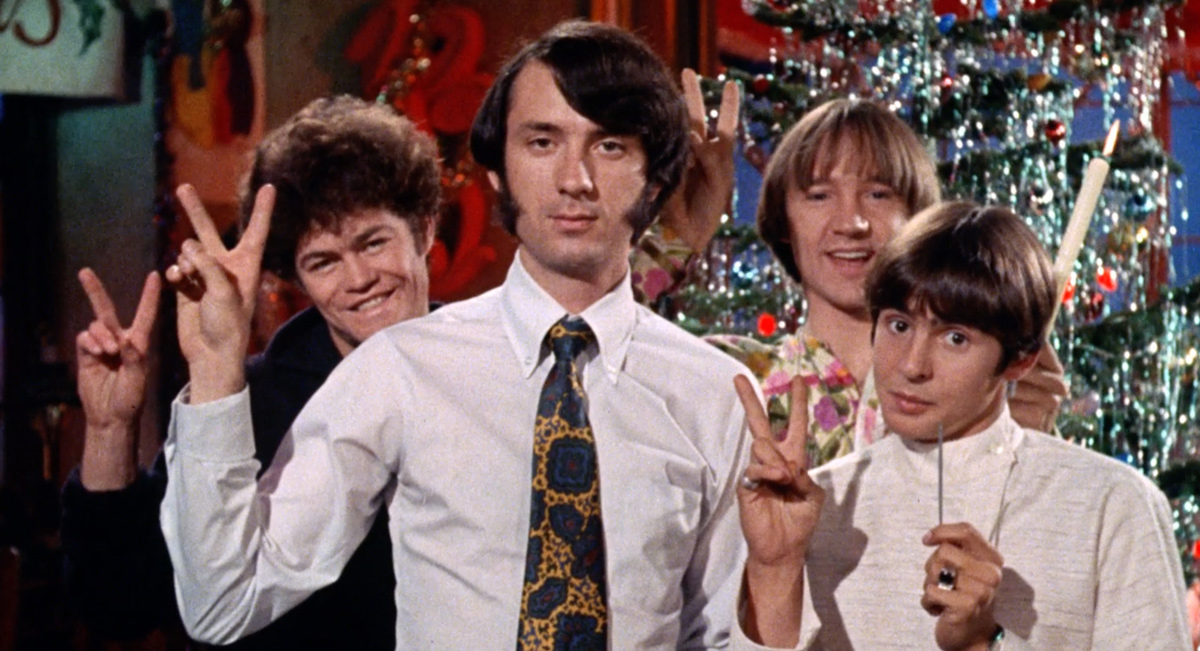 The album features all new material sung by the surviving Monkees Micky Dolenz, Michael Nesmith and Peter Tork, and the unmistakable voice of the late Davey Jones is present on two tracks. The album was again produced by Fountains Of Wayne’s Adam Schlesinger. In addition to Christmas classics like “Merry Christmas, Baby” and “Silver Bells”, it includes covers of Paul McCartney & Wings’ 1979 tune "Wonderful Christmastime" and Wizzard’s much-loved ’73 smash “I Wish It Could Be Christmas Every Day”. Students of power pop will be thrilled to hear the Monkees cover Big Star’s “Jesus Christ”, with guests Peter Buck of R.E.M and The Minus 5, and Scott McCaughey of The Minus 5. Buck & McCaughey also contributed a new song, as have Rivers Cuomo of Weezer and Andy Partridge of XTC, both of whom contributed so wonderfully to Good Times!

Coincidently, the announcement of Christmas Party has come during the anniversary of the Monkees’ legendary first Australian tour in September 1968. The tour, which continued in Japan in October, was the band's final tour as a four-piece: Peter Tork quit the group in December. The Monkees played 13 concerts in Australia - five in Sydney, four in Melbourne and two each in Adelaide and Brisbane.

The band’s set was an eclectic and surprisingly did not include a number of their bigger hits including “Pleasant Valley Sunday”, “A Little Bit Me, A Little Bit You” and “Valleri” which had been one of their biggest Australian hits, peaking at #4 just months before the tour. Each member was given a brief solo spot in which they performed a favourite cover. Introduced by “(Theme From) The Monkees” playing over the PA, the band played 16 songs each night:

Check out the band’s arrivals and press conferences in Sydney and Melbourne and accompanying scenes of Monkeemania here.