The Story Of The Clash – Narrated By Chuck D!

The Story Of The Clash – Narrated By Chuck D! 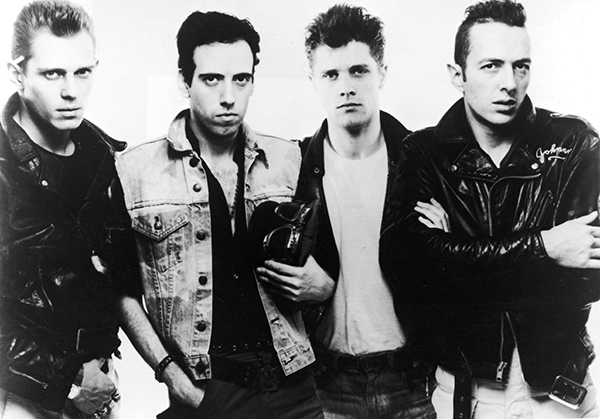 1983, Promotional portrait of  The Clash. Photo by Getty Images/Getty Images

Punk rock freedom fighters, The Clash, are the focus of a new eight-part podcast that will be released on Spotify later this month. And, for the icing on the cake, Stay Free: The Story of The Clash will be narrated by none other than Chuck D of Public Enemy, long time fan of the band who has previously stated, "Without The Clash, there would be no Public Enemy."

Check out the trailer below!

The Clash were seminal players in the original wave of brazen punk rock that swept through the UK in the mid-1970s. The scene was led bands like The Sex Pistols, who brought their war on anarchy to the mainstream in a super-charged declaration of attitude. The Clash's politicized lyrics, anti-establishment sentiments and musical experimentation in a range of genres - including reggae, dub, funk, ska and rockabilly –  exceeded the genre and left a lasting influence on the post-punk, new wave rock, and alternative rock movements that followed.

The 1979 release of London Calling took off in America and earned the band notoriety on the world stage but didn’t tarnish their political aversions to commercialism. Even at their peak, The Clash insisted on selling their LP’s for the price of a single despite the fact it left them in constant debt with their record label, CBS.

It was a time when principals were worth more than money and having something to say meant screaming about it to make sure everyone was listening. Fully immerse yourself in this pivotal time of change with our Shake Some Action – Punk & New Wave Classics from the ‘70s and Early ‘80s!