There's a Starman Waiting in the Sky

There's a Starman Waiting in the Sky 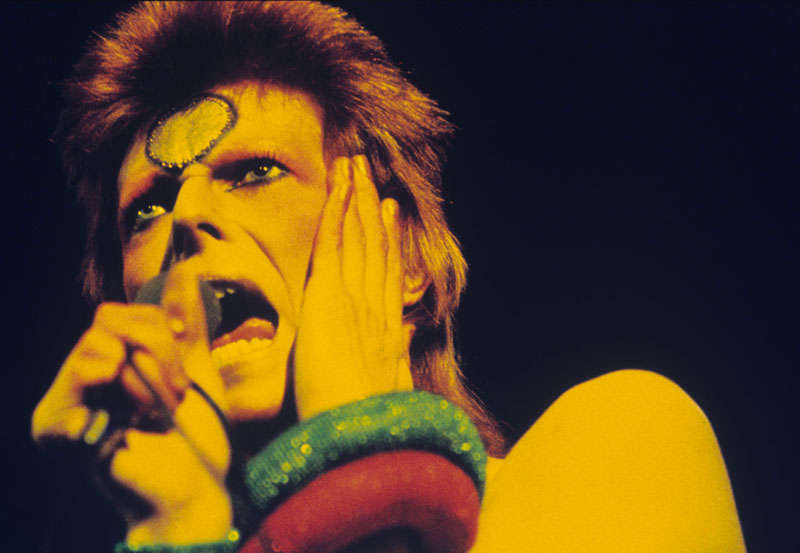 David Bowie's "Starman" has recently been used in a global TV commercial for luxury brand Chanel, let's hope it widens the appeal of the song to the young folks! Subliminally maybe this is Bowie acting as the Starman, delivering the message of hope via the song to today's youth as depicted in the lyrics.

The lyrics describe Ziggy Stardust bringing a message of hope to Earth's youth through the radio, salvation by an alien 'Starman'. The story is told from the point of view of one of the youths who hears Ziggy. According to Bowie himself, speaking to William S. Burroughs for Rolling Stone magazine in 1973, Ziggy Stardust is not the Starman but merely his earthly messenger – contrary to popular opinion which often paints Ziggy as an extraterrestrial.

"Starman" was recorded on 4th February 1972, and released as a single in April. A late addition to The Rise and Fall of Ziggy Stardust and the Spiders from Mars, included at the insistence of label head Dennis Katz, who heard a demo and loved it, believing it would make a great single. It ended up replacing the Chuck Berry cover "Round and Round" initially pinned for the album.

Here's that Chanel ad, we don't really know what's going on but the track is great!

And of course, without the bizarre visual, you can listen to Bowie all day long via our 'I Like: David Bowie' playlist on Spotify...

One of the crew here at ILYOS was lucky enough to see the Bowie exhibition in Berlin in 2015 and snapped this pic of the handwritten lyrics for "Starman" and the costume (inspired by Kubrick's Clockwork Orange) that Bowie wore when performing "Starman" on top of the pops '72.