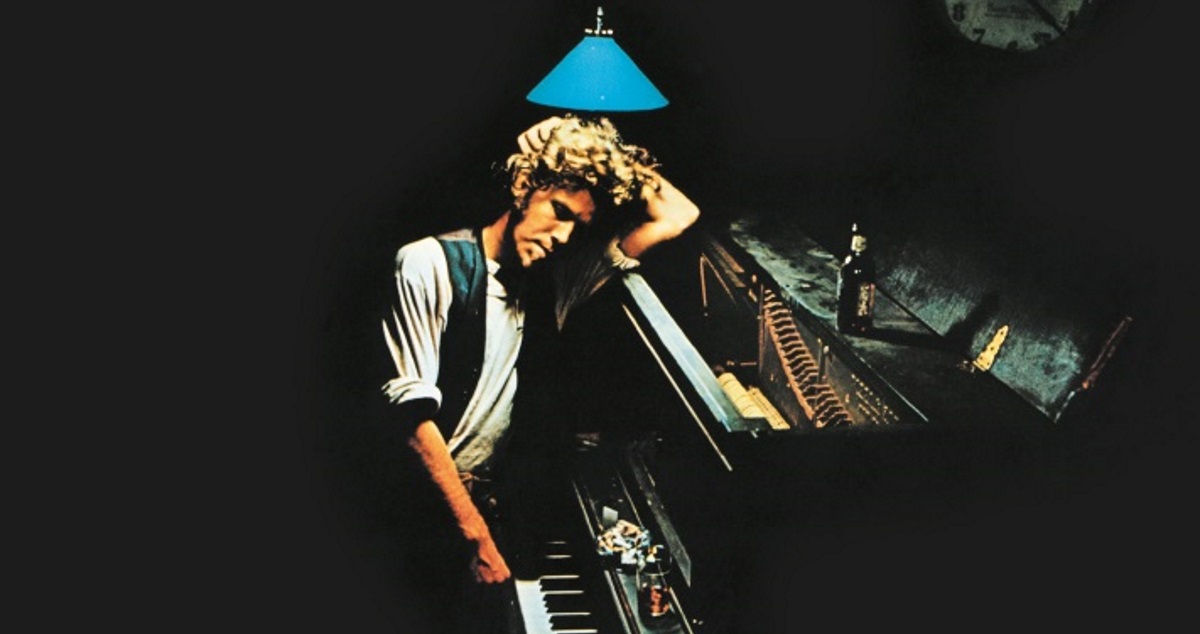 Tom Waits’ first seven albums, originally released in the 1970’s, have been remastered and will be released on March 23 via ANTI Records.

Closing Time is the debut record of Tom Waits and it foreshadows the distinctly lyrical storytelling and original blending of jazz, blues and folk styles that would come to be associated with the artist. Waits performs enduring classics of his career such as "Ol’ 55" (covered by the Eagles), the heartbreaking “Martha” and the gentle acoustic folk of “I Hope I Don’t Fall In Love With You”.

Recorded in front of a live audience at the Record Plant recording studio in Los Angeles in 1975, Nighthawks at the Diner debuts some of Waits’ greatest classics like “Warm Beer, Cold Women” and “Eggs and Sausage” with a crack Jazz ensemble backing him up and some of the greatest stage patter ever committed to record. 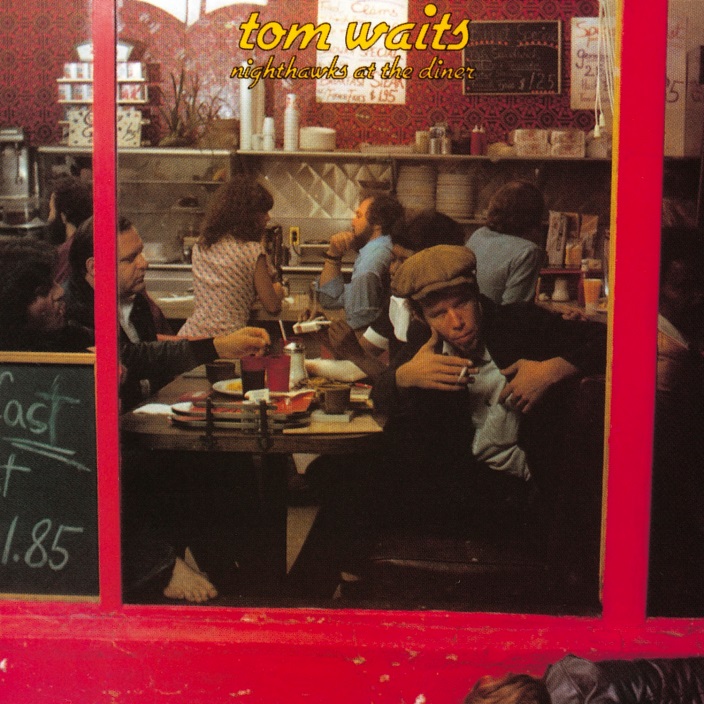 Small Change is a masterpiece that contains some of Waits’ best early work. Classic jazz, Tin Pan Alley, and Stephen Foster filtered through Tom’s unique worldview and lyrical genius. Heartbreaking, hilarious and always vivid, songs like “Step Right Up”, “Tom Traubert’s Blues”, “I Wish I Was in New Orleans”, “The Piano Has Been Drinking”, and “Invitation to the Blues” are all classics that have influenced generations of songwriters since. Recorded with a live orchestra and featuring jazz legend Shelly Manne on drums, Small Change is a classic and stands as one of Tom Waits most popular recordings. 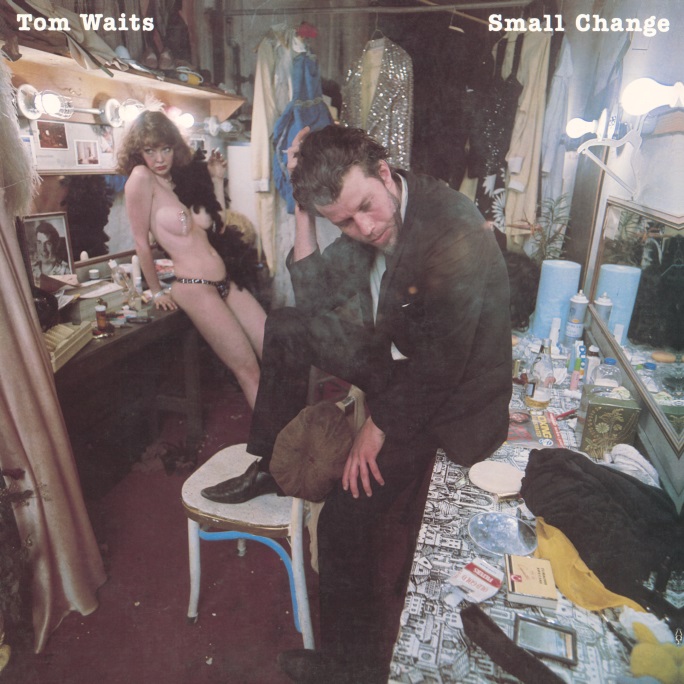 1977’s Foreign Affairs takes the jazz and poetry that Tom Waits explored on his earlier albums in a more cinematic direction, foreshadowing his own breakthrough work in the 80s. Opening with the instrumental “Cinny’s Waltz” and featuring some new standards like “Muriel” and “I Never Talk To Strangers”, his dramatic duet with Bette Midler, this album gets into some of Waits’ most ambitious storytelling ever. Foreign Affairs also features the jazzy, colorful “Jack and Neil” and the sweeping, dramatic “Potters Field” as well as classic Waits ballads “Burma Shave” and “Sight for Sore Eyes”. 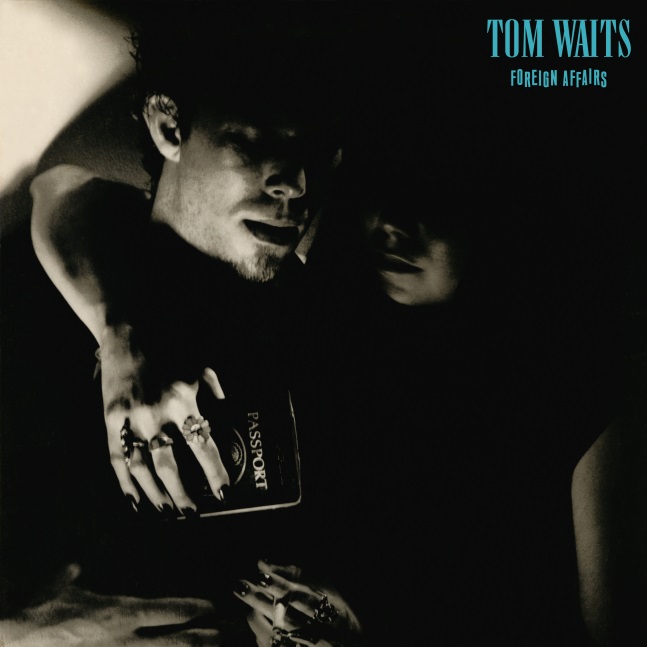 Released in 1980, Heartattack and Vine was Waits’ final album on Elektra Asylum and it built on the raw blues approach of Blue Valentine with the incendiary title track, the funky, organ driven “Downtown” and the stomping NOLA blues of “Mr. Siegal”. This album also contains some of Waits most popular ballads, including “Jersey Girl” which was famously a hit for Bruce Springsteen. “On the Nickle” is a moving song about the homeless people who lived on 5th street in downtown LA, and “Ruby’s Arms” is a beautiful song with a lovely Bach-like melody. 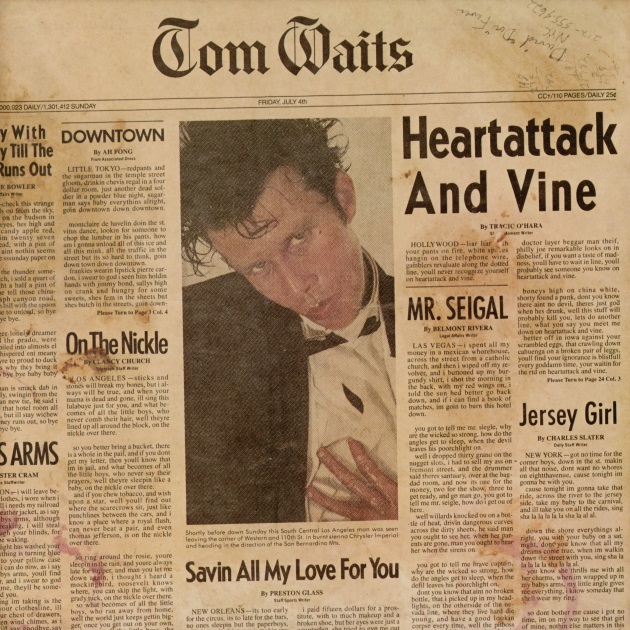 Expanding beyond the folk and pop stylings of his first album, Waits’ second studio release Heart of Saturday Night established his reputation as a versatile and distinctly American songwriter. Its bluesy jazz arrangements featured bass, drums, sax and Waits on piano. The title track, a melancholy ode to Saturday night rituals, and the tenderly romantic hymn-like “San Diego Serenade” are enduring classics covered by an array of artists from Diana Krall and Nancy Griffith to folk hero Eric Anderson. The album also features “Diamonds on My Windshield”, the first of what would become a signature for Waits’, the spoken word-poetry song. Waits’ delivers these lyrics as pure beat jazz in the stylings of Kerouac, Langston Hughes and Bob Kaufman. 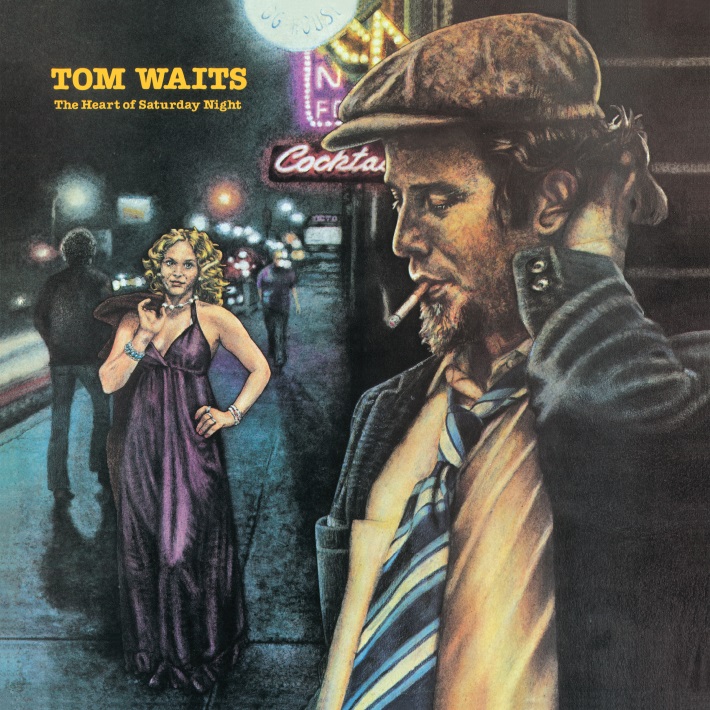 Blue Valentine is a big departure from earlier Waits albums. Trading the piano for the guitar, Waits is getting rawer and bluesier and title track is a great example of this. Waits is in transition here, so you also get a stunning orchestrated rendition of Gershwin’s “Somewhere”, and the beautiful piano ballad, “Kentucky Ave.”, but you also get the juke joint swagger of “Romeo Is Bleeding” and “Whistlin’ Past the Graveyard”. This is also the record that contains one of Waits’ most popular songs ever, “Christmas Card from A Hooker in Minneapolis”. 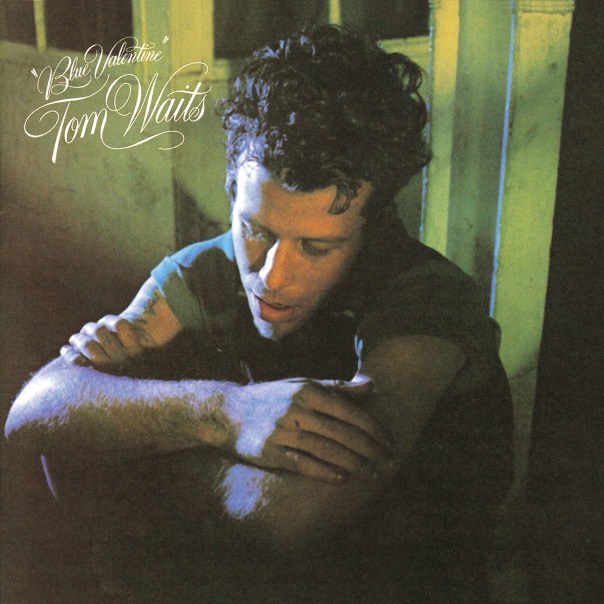