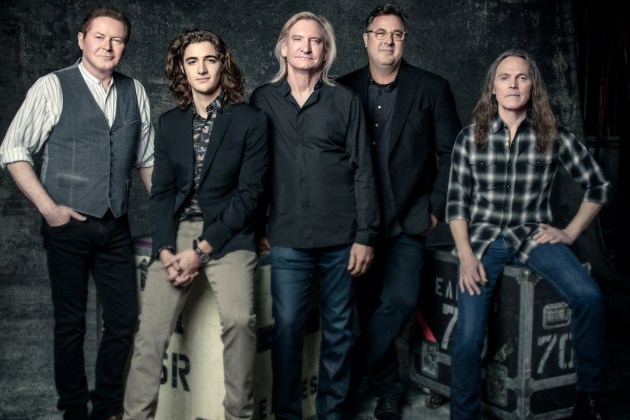 Vince Gill is a Grammy-award winning musician, multiple times over, but he's still as giddy as ever when talking about playing with his favorite band, The Eagles. He is one of two musicians to join the Eagles since the passing of Glenn Frey. The other is, of course, Glenn's son, Deacon. The two will add both guitar and vocals to the first full show the band will perform since they lost their beloved co-founder.

And, have a listen to all your favourite Eagles tracks here on our 'I Like: the Eagles' Spotify playlist.