Whether it’s a chance to get away from annoying bandmates, find inspiration in new collaborators or go down an arty route, side-projects can offer artists an interesting diversion from the day job. While some side-projects can be a raging success, for every Traveling Wilburys and Trio glory there are a bunch of also-ran acts which never reached public acclaim. Here are 12 side-projects from the 1980s incorporating both ends of the spectrum. 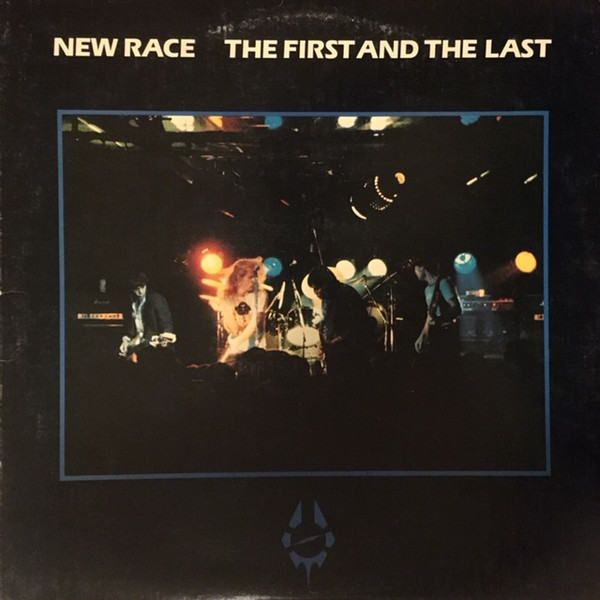 New Race isn’t just the name of a track from Radio Birdman’s classic 1977 debut album Radios Appear, it’s also the name of a short-lived spin-off group featuring the band’s vocalist Rob Younger, guitarist Deniz Tek and bassist Warwick Gilbert. Having covered The Stooges’ "TV Eye" on Radios Appear, it’s little wonder the band called in Stooges guitarist Ron Asheton for their brief side-project New Race, with MC5’s drummer Dennis Thompson added to the line-up for additional rock cred. With Tek having grown up in Michigan, the guitarist was already a fan of the Detroit proto-punk sound by the time he’d moved to Australia. New Race did a short run of Aussie tour dates in April and May 1981, with the live album The First And Last released on WEA in 1982. “Unlike many, this supergroup project was successful, yielding live performances of immense power,” Tek says on his website.

After kicking off the ‘80s with the blitz and glitz of "Ashes To Ashes", David Bowie’s output had been reduced to Mickey Rourke guest rap appearances by the time of 1987’s studio album Never Let Me Down. In an attempt to press reset on a stalling career, Bowie opted to form the band Tin Machine with Boston-bred guitarist Reeves Gabrels and Tony and Hunt Sales, the guitarist and drummer siblings Bowie had worked with while making Iggy Pop’s 1977 album Lust For Life. “The whole Tin Machine thing was a reaction to David’s ‘80s career, it was a reaction to Never Let Me Down,” Gabrels told I Like Your Old Stuff in 2018. “It kind of became obvious to David and the Sales brothers there was a chemistry between the four of us.” While songs such as "I Can’t Read" remained Bowie favourites well beyond Tin Machine’s three-year existence, most of the band’s 1989 self-titled album - including a frankly unnecessary cover of John Lennon’s "Working Class Hero" - remains an acquired taste. For more on Tin Machine, read the I Like Your Old Stuff interview with guitarist Reeves Gabrels here.

Having released the solo album The Principle Of Moments in 1983, featuring the solo hit "Big Log", former Led Zeppelin frontman Robert Plant turned his attention back to a band dynamic for the follow-up, 1984’s The Honeydrippers’ Volume 1. Featuring This Is Spinal Tap star and Letterman sidekick Paul Schaffer on piano, the line-up also included guitar legends Jeff Beck and Nile Rodgers. If that wasn’t enough axe wizardry, Plant’s Zeppelin crony Jimmy Page popped up on this side-project, with the lead single "Sea Of Love" hitting #5 in the Australian singles chart. The mini Zep reunion was unlikely to sate those with a hankering for a return to Led Zeppelin II-style rock workouts: Volume 1 was a set of pre-rock’n’roll covers chosen to honour Atlantic label boss (and this album’s co-producer) Ahmet Ertegun. Plant’s swooning and crooning on the top 20 album cast him in an interesting new light, but he'd moved back to solo mode by the time of 1985’s Shaken N Stirred.

Robert Plant’s Led Zeppelin partner Jimmy Page has often been portrayed as at something of a loose end following Zep’s dissolution upon the 1980 demise of drummer John Bonham. After time-filling projects such as 1982's Death Wish II soundtrack, created as a favour for his neighbour, director Michael Winner, in 1985 Page inaugurated The Firm alongside fellow ‘70s rock stalwart Paul Rodgers. The combined powers of the Led Zeppelin, Yardbirds, Free and Bad Company legends failed to excite the record-buying public: 1985’s self-titled album’s absurd cover of "You’ve Lost That Loving Feeling" (complete with ridiculous ‘80s bass and OTT female backing vocals) stands out on an album of fairly middling bar band workouts.

Faring better than The Firm in album sales in 1985, Led Zeppelin's Live Aid drummer Tony Thompson (also of Chic) joined Robert Palmer and Duran Duran members John Taylor and Andy Taylor’s on the side-project The Power Station. As with each of the above acts, The Power Station similarly bulked up their self-titled album with a cover, but their version of T-Rex’s "Get It On (Bang A Gong)" was an impressive early calling card and the first track to be cut with Palmer. In fact, Palmer proved such a great fit for the supergroup the bend scrapped plans to utilise multiple vocalists. The Power Station’s biggest hit of all was "Some Like It Hot", which hit #4 in Australia and also made a memorable appearance in the Chevy Chase film National Lampoon’s European Vacation later the same year. Palmer cashed in on The Power Station’s success by recording a follow-up solo album rather than touring with the band, with singer Michael Des Barres fronting the group by the time of their Live Aid appearance in July 1985.

While two of Duran Duran were off constructing The Power Station, remaining members Simon Le Bon, Nick Rhodes and Roger Taylor created rival side-project Arcadia. Once described by frontman Le Bon as “the most pretentious album ever made”, guests on Arcadia’s sole album, 1986’s So Red The Rose, included Sting, Herbie Hancock, Pink Floyd’s David Gilmour and David Bowie’s guitarist Carlos Alomar. Fresh from her appearance in the James Bond film A View To A Kill, Grace Jones lent vocals to October 1985’s debut single "Election Day", which reached the top 20 in Australia. While the overwrought pop of So Red The Rose has its moments, the multiple remixes on the special edition of the album (where tracks take the form of clattering seven, eight and nine-minute extensions) are recommended for self-flagellating completists only.

At odds with the prevailing ‘80s pop culture, Hindu Love Gods were more likely to be found in a dingy bar with cheap beers and rolled cigarettes than on a yacht dressed in pastel suits. Featuring R.E.M.’s guitarist Peter Buck, bassist Mike Mills and drummer Bill Berry pairing up with "Werewolves Of London" hitmaker Warren Zevon, Hindu Love Gods were an unlikely mid-80s collaboration. Sounding comparable to a garage Talking Heads, a smattering of live performances in 1984 were followed by the recording of their debut single, a cover of The Easybeats’ "Good Times" (renamed "Gonna Have A Good Time Tonight"). A boozy jam session in 1987 during the recording of Zevon’s album Sentimental Hygiene was recorded and ended up being released as the one and only Hindu Love Gods album in 1990. The self-titled record featured a serviceable rendition of Prince’s "Raspberry Beret" alongside a further nine covers, including Robert Johnson and Muddy Waters standards. While Hindu Love Gods went no further, the R.E.M. members would form the short-lived (and similarly absurdly named) Bingo Hand Job with Billy Bragg and Robyn Hitchcock in the early ‘90s.

By 1984, British group XTC has found success with the smart, awkward post-punk pop of singles such as "Making Plans For Nigel", "Generals And Majors" and "Senses Working Overtime". Produced by John Leckie (Radiohead, The Stone Roses), The Dukes Of Stratosphear’s debut 1985 mini-album 25 O’Clock was envisaged as a mysterious side-project inspired by ‘60s psychedelic artists such as Pink Floyd’s original frontman Syd Barrett. XTC initially denied any involvement in the Dukes project, although a line in some pressings of the release revealed “this is actually XTC acting unusually psychedelic”. Rather absurdly, 25 O’Clock and its follow-up, 1987’s Psonic Psunspot, both outsold the XTC albums they directly proceeded, 1984’s The Big Express and 1986’s Skylarking. "That was a bit upsetting to think that people preferred these pretend personalities to our own personalities,” frontman Andy Partridge glumly noted to Phaze 1 magazine in 1989.

After the success of 1987’s Kick, INXS were meant to be on a break. It didn’t suit frontman Michael Hutchence, who instead decided to collaborate with Australian muso Ollie Olsen during the downtime. The pair had recently worked together on the Dogs In Space soundtrack, with Hutchence buzzed about a further collaboration with his “crazy” friend. Mixed by dance guru Todd Terry, Max Q’s 1989 single "Way Of The World" was a killer debut up there with the best songs INXS had to offer.  A top 10 hit in Australia, its greatness may have been its downfall: INXS’ official biography by Anthony Bozza admits “Max Q made the others very nervous”, and INXS manager Chris Murphy discouraged the international labels who released the album from overtly pushing the Hutchence connection. A disgruntled Hutchence returned to the INXS fold for 1990’s X, with Max Q killed off without ever playing a live show.

On a break from touring with The The in the late ‘80s, guitarist Johnny Marr headed into a studio with fellow Manchester music icon Bernard Sumner. "Getting Away With It", the pair’s debut single as Electronic, was released in December 1989, with another well-known ‘80s artist, Pet Shop Boys’ Neil Tennant, lending his vocals to the fledgling group. Closer to Sumner’s New Order output than Marr’s work with The Smiths (with a touch of lovely acoustic flamenco guitar added into the synth mix), the song reached #40 in the Australian singles chart. By August 1990 the pair were supporting Depeche Mode with a couple of ridiculously large gigs at Dodger Stadium in Los Angeles, although it wasn’t until 1991 they released their self-titled debut Electronic album.

Drained after the release of The Cure’s oppressive 1982 album Pornography, frontman Robert Smith took up an offer to briefly fill a vacancy in the Siouxsie & The Banshees tour line-up. Hitting it off with the band’s bassist Steve Severin, the pair decided to collaborate on a project away from their respective day jobs. Recorded in 1983 (around the same time Siouxsie and her drumming partner Budgie recorded their first album as The Creatures), The Glove’s sole album Blue Sunshine will feel familiar to both The Cure and Siouxsie fans, but frontwoman Jeanette Landray’s vocals make little impact. Beyond some decent reviews in the weekly music press, Blue Sunshine failed to gain commercial attention and the band never toured. Fans of The Cure may be interested to hear the two tracks Smith sings, "Mr Alphabet Says" and "Perfect Murder", however they are little more than curios in an extensive discography.

While Talking Heads leader David Byrne took time out from the band following 1980’s Remain In Light by collaborating with Brian Eno on My Life In The Bush Of Ghosts (itself a worthy side-project to search out), fellow Talking Heads members Chris Frantz and Tina Weymouth inaugurated Tom Tom Club. Filled with vibrant pop and hip hop elements, their self-titled 1981 album’s success caught many - including their US label - by surprise, with the single "Genius Of Love" since sampled in hits by Mariah Carey, Mark Morrison and Warren G. When Talking Heads eventually got back together for 1983’s Speaking In Tongues, "Genius Of Love" even made it into their live shows (a mid-set chance for David Byrne to change into his famous Stop Making Sense suit).