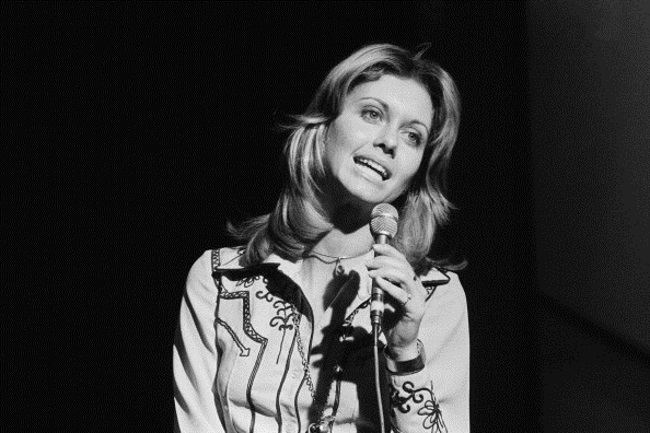 Aussies are weird. We love the Eurovision Song Contest so much that were wormed our way into it in 2013 and our dedication to it seems to grow each year. Is it some cultural longing for the Old Countries? A remnant of Abbamania? Doubtful it’s any lingering fondness for Bucks Fizz! Maybe we just love pap pop??

Of course, not all Eurovision music is pap… Well, most of it is, but not all.  Regardless, to celebrate this year’s Eurovision (and the announcement of new music from the most famous Eurovision winners of all, Abba!), ILYOS looks at the Eurovision entrants that became hits and a few other notables. Here’s a European football team’s worth of them. We hope you enjoy, and of course, go our Jess!!

One of the great guitar pop bands of the ‘80s, Katrina & The Waves bizarrely came back from the grave to win Eurovision in 1997. The song was originally written for a charity organisation, and entered into the English preselection contest for Eurovision after the band was told by members of the charity that it sounded like a Eurovision winner! Which it eventually was! Of interest to some will be that Waves’ songwriter and guitarist Kimberly Rew was a former member of late ‘70s UK alternative outfit the Soft Boys, whose frontmin Robyn Hitchcock has carved out a career as a genuinely eccentric and very British singer-songwriter, and whose work was hugely influential in the ‘80s on the likes of REM.

The late career resurgence provide to Katrina & co by Eurovision was, of course, a rare occurrence; for most involved, it presents the chance to really kick start a career. That of course was most famously the case for ABBA, whose 1974 winner “Waterloo” went onto become the band’s first international hit. Of course, none in ABBA were exactly newcomers at the time – they all had well established careers in Sweden before they formed ABBA – but they were smart enough to see the opportunity it provided.

From the year before Paul McCartney wrote the kind of similar “Ob-la-di, Ob-la-da”, this one suggests that back in the day Eurovision was taken a little bit more seriously; pop was universal and it wasn’t all about the cheese factor. Of course the Brit’s still ruled the pop world at the time, and the wonderful Ms. Shaw, who had been racking up the hits since her definitive reading of  the Bacharach & David song "(There's) Always Something There to Remind Me” hit No. 1 in the UK Singles Chart in 1964 (and who was famous for performing barefoot), was something of a style icon.

Did I say something about pap earlier?  This 1976 winner from the UK has the Abba trappings – 2 girls, 2 guys (in this case one of who incongruously looked like a hard nut villain from The Sweeney) and a catchy tune – but none of the charm. Dictionary.com defines pap as: “soft food for infants or invalids, as bread soaked in water or milk.” The fact that this remained #1 in the UK for six weeks certainly makes one wonder how the British ever managed to build an empire. (And while I’m feeling mean: for some reason, I always think that this song was done by the Starland Vocal Band,  whose “Afternoon Delight” has surprisingly not been flagged by Vladimir Putin or someone as evidence of American inferiority.)

The influence of Abba still held sway of Eurovision well into the ‘80s – which was no more evident than with Bucks Fzz, who were formed in 1981 specifically to ender the competition. ”Making Your Mind Up” was an easy winner and a huge hit in the UK, throughout Europe and here in Australia, but for some the group is best remembered s for the synchronised skirt ripping of the two girls by the two boys during the song’s performance.

Four decades before we snuck into Eurovision, ‘our’ Olivia – who was actually born in England – sort of did us proud when she sung the 4th placed number in 1974, which became a #11 in both the UK and here ‘at home’. Interestingly, Olivia, who had already been anointed Britain’s representative for that year, performed half a dozen candidates on TV in one night. “Long Live Love” was the people’s choice, and all six formed the basis for her Long Live Love LP that was released.

A largely forgotten Australian contribution to Eurovision came from one Gina G, who sung the 8th placed finalist in 1996, representing the UK.  Gina was a DJ in Melbourne and a singer in the dance music group Bass Culture before moving to London. Post-Eurovision, “Ooh Ah…” was an international hit for Gina, reaching #1 in the UK and even reaching #12 in the US (rare for a Eurovision song). It stalled at #34 here at home however; he next single “Fresh!” fared a little bit better but from there it was all downhill.

A Top 20 hit in Australia in 1970, Dana’s “All Kinds Of Everything” would have no doubt reached higher if it were not for a rival version recorded by ONJ’s old pal Pat Carroll – which oddly was given joint chart placing with Dana’s version – which no doubt confused everybody. Such things were common in those days though -  see our next entry.  A strangely unmemorable tune, Dana’s winning entry caused much controversy as she was actually from Northern Ireland, yet actually representing Ireland, not the UK, much to the displeasure of the Unionists.

Coming in second to Dana in 1970, the much catchier “Knock, Knock Who’s There?” will be well known to Australians of a certain age but not through Mary Hopkin’s version. It was local Liv Mason who got the airplay with her cover; this was during the 1970 radio ban, a major dispute between commercial radio stations and record companies, which led to a lot of local cover versions being released by indies like Fable Records.  Mary Hopkin of course was well known here thanks to her earlier hit “Those Were The Days”, and her “Knock, Knock Who’s There?” was a substantial UK, European and New Zealand hit.

So Canada is about as much part of Europe as Australia, but that didn’t stop Ms. Dion, or her Swiss benefactors, and indeed this winner from 1988 kickstarted her international career in the English speaking world. She was only 20 at the time, and, having been raised in French-speaking Quebec, she made her initial marks with French-language recordings. A hit across parts of Europe, “Ne Partez Pas Sans Moi” was the first winning song not to be released in the UK or in Ireland, and of course, didn’t cause even a ripple down here.

Cliff was a decade into his initial pop prime when “Congratulations” was just pipped at the post by the Spanish in ’68. He did get the last laugh though when the song became a massive hit (#1 In the UK, #4 down here). Hardly representative of the current state of British pop in 1968 – it would’ve made a fine knees-up for a Norman Wisdom or Carry On… film - “Congratulations” marked a clear division between Eurovision and any cutting edge pop trends.