Australia has been home to a lot of great soul singers since the ‘60s and ‘70s, including Renee Geyer, Doug Parkinson, Jeff St John, New Zealand’s Max Merritt and fellow Kiwi Leo De Castro. Extended recording careers meant that these singers all attained the sort of reputations they deserved; all that is except for De Castro, who spend the better part of the ‘70s moving from one group and project to another, and who was never able to find enough time in the public eye to really make an impression.

In a move that will hopefully go some way to providing some restitution for Leo, our friends at Aztec Music have just released the compilation Leo De Castro & Friends, which features two discs of wonderful recordings from across the ‘70s. The album title reflects the group name under which Leo made his biggest impact in Australia, and features the two singles released under the “Friends” name, including the classic “B.B.Boogie”/”Freedom Train”, and what was the first ever single on the nascent Mushroom label, “Lucille” / “Statesborough Blues”. The second disc here is, in fact, a whole collection of live Friends recordings, including never before released and historically important material from the 1972 Mulwala Festival and 1972 3XY Moomba Concert. Highlighting the live material are Friends’ drop-dead stunning cover of Lenard Cohen’s “Bird on A Wire” from Sunbury ’73, and a couple of incredible versions of Neil Young’s “Down By The River”.

The 2CD Set also includes the 1971 and 1972 Ian Meldrum-produced singles by Leo’s first recorded band King Harvest, “Wichita Lineman”/”Summer In The City” and the two-part version of “Jumping Jack Flash”.  The latter is one of the great out-of-the-box rockers of the era. Other material featured three tracks from esteemed mid-‘70s Sydney soul-funk out the Johnny Rocco Band which Leo fronted – including the original ’75 recording of “Heading In the Right Direction”, the song that later became Renee Geyer’s signature tune – and, from ’79, a fine and soulful reggae version of “Suspicious Minds” by Leo De Castro’s Babylon. 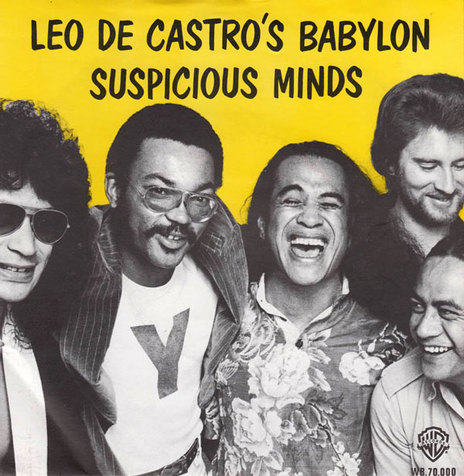 Perhaps oddly, the collection also includes the stunning single “Golden Miles”/”The Gully” by Healing Force, a band that did not feature Leo but which was fronted by his Friends bandmate and fellow New Zealander, the late great Charlie Tumahai. (A live version of the song by Friends is also included.)

You can find out more about the cd release here; in the meantime, ILYOS is thrilled to present some real musical treasures from the great Leo De Castro. As a special bonus we’ve included a track by The Warriors, a band Leo fronted in Hobart for many years before ill-health forced his retirement and a move back to New Zealand a few years ago.