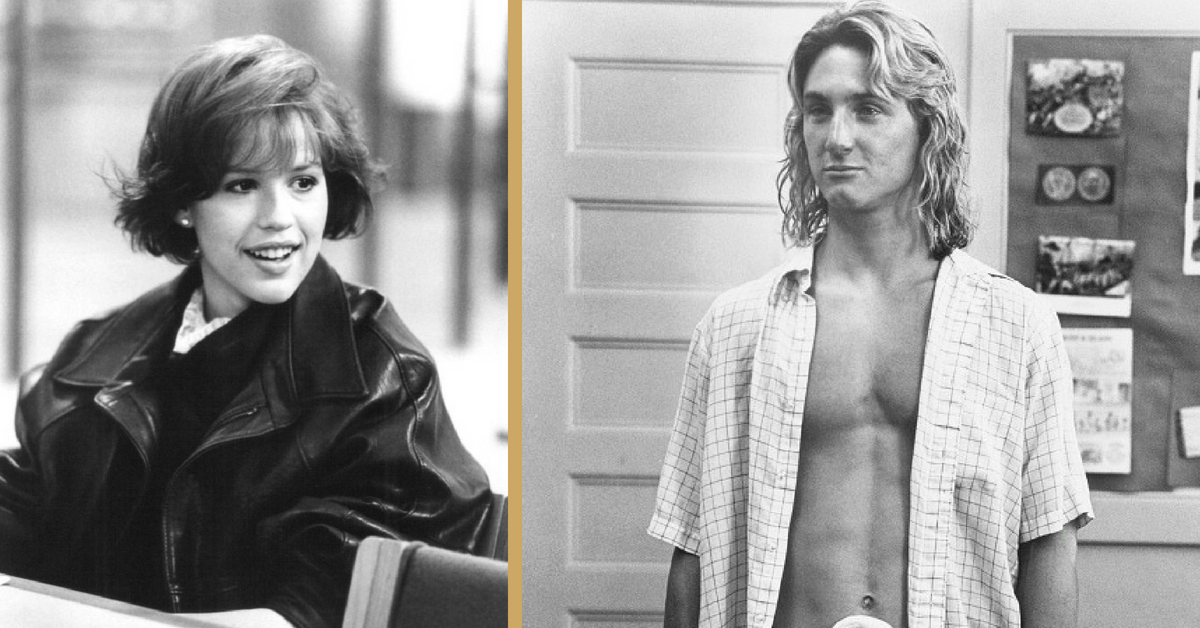 The 80s - MTV ruled, and Hollywood took a cue from the new medium and included modern pop songs in teen films, no doubt hoping that if a certain scene or even a particular film failed to connect, the right song would give it resonance with the teen audience.

Whilst some of the teen films were very California or mid-America-centric musically, famed director John Hughes, who made a number of the key films in the genre, took a different tack which is perhaps his great legacy. By mid-decade, New Wave music had crossed into the mainstream and Hughes realised that the new pop music – glossy, big, occasionally quirky and as often or not English and by relatively unknown artists  – seemed to speak to, and for, a generation of disaffected kids who wanted to see their own stories of heartbreak and frustration and dreams of eventual success played out on the big screen.

ILYOS looks back at a handful of classic teen films of the 80s and the songs that helped them resonate.

A very Californian high school film (who can forget Sean Penn as the stoned surfer dude Jeff Spicolli getting a pizza delivered to class?) needs a very Californian track, so  first time director and former teenage rock writer Cameron Crowe got his old favourite Jackson Browne to come up with the breezy “Somebody’s Baby”. The comparatively weird Cars – from the darker climes of Boston – contributed the more angsty “Moving In Stereo”, which accompanied a deliberately cringey scene for Judge Reinhold’s character, in which he masturbates while imagining Phoebe Cates’ character taking off her bikini top and is eventually busted – by Cates.

Another very Californian film, Valley Girl nonetheless was hip to the new English sounds and featured the anthemic Modern English track which maybe inspired the most significant of ‘80s teen movie makers, John Hughes, to look over the Atlantic for music for his own films. The film is also loved by power pop fans for including a live club scene featuring the mighty Plimsouls – one of Nicolas Cage’s favourite bands at the time apparently - and their classic track “Million Miles Away”.

It’s set in small-town America, but the sound of California still represents a promised land in Footloose. It’s doesn’t get much more California than Kenny Loggins really. A massive film with a massive soundtrack album feature more mid-America faves like John Cougar Mellencamp, Foreigner and Sammy Hagar (and our token mid-Americans the Moving Pictures), Footloose was a rather odd attempt to make a dance film for young guys who wanted to look like Kevin Bacon.

The biggest gun in the most affecting of teen movies: the Scottish band’s big brooding anthem - which I’m sure some people must remember as being a U2 song - will be forever associated with Judd Nelson, Ally Sheedy, Emilio Estevez and Molly Ringwald and Anthony Michael Hall as they navigate detention, each other and ultimately life beyond the classroom one Saturday in John Hughes’ 1985 classic.

Made by John Hughes in the same year he made The Breakfast Club, Weird Science was a much less personal and more frivolous film, so the perfectly-named Oingo Boingo were the perfect choice to provide the title tune. Front-runners on the LA New Wave scene, Oingo Boingo were led by Danny Elfman, who of course went on to fame and fortune writing numerous film scores, and, most famously, The Simpsons’ title music.

Another Hughes film, another alternative British power ballad.  Anything British at the time in pop seeming to represent something slightly edgy and real and in touch with its feminine side, which is very much how Hughes framed most of his films and the sympathetic characters appearing in them.

If you love this stuff, you'll love our Movie Soundtracks Quiz, here.

And, this Hits of the 80s playlist on Spotify...