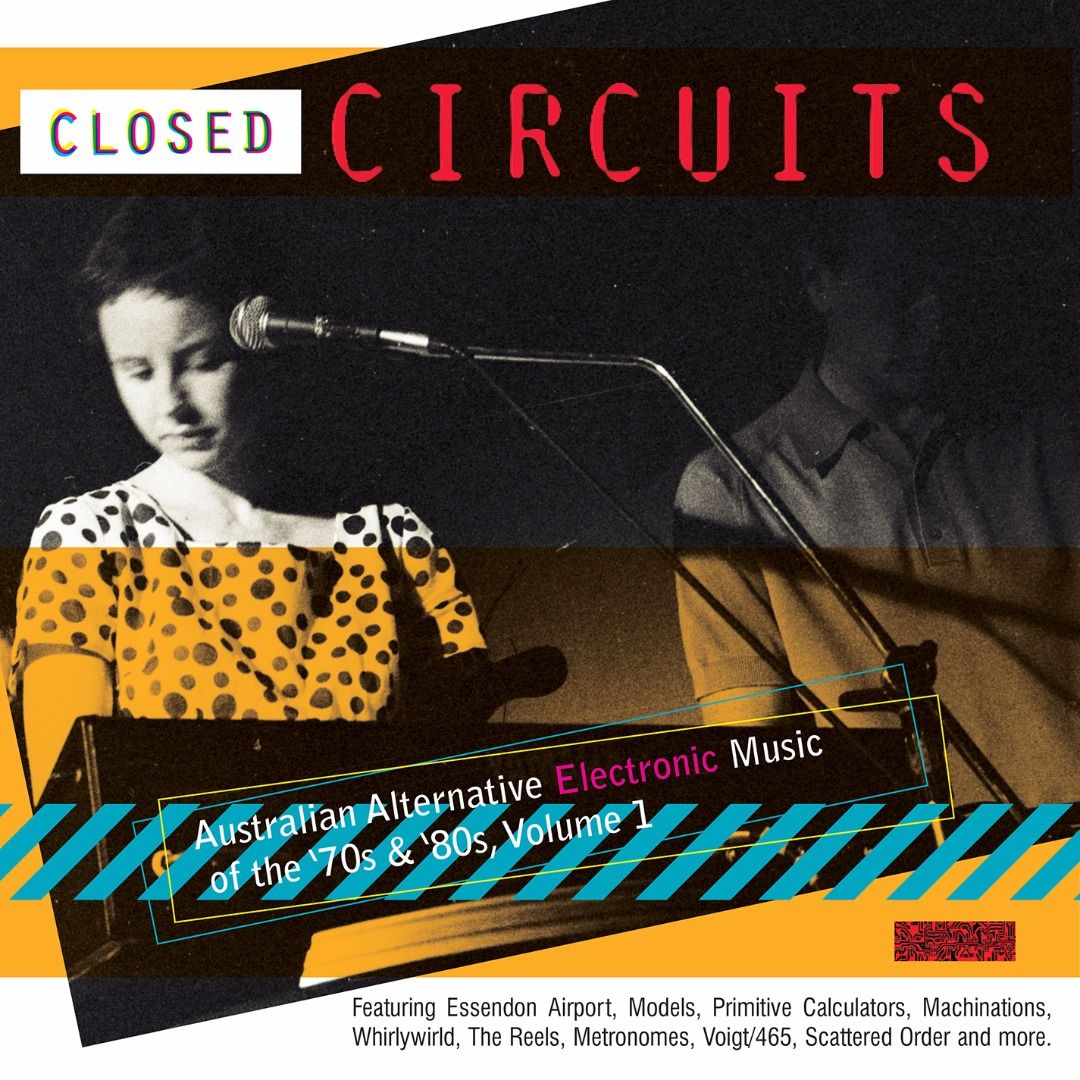 Festival Records and Warner Music Australia have announced the June 9 release of an exciting and unique new collection of Australian music, CLOSED CIRCUITS: AUSTRALIAN ALTERNATIVE ELECTRONIC MUSIC OF THE '70S & '80S, VOLUME 1. The collection will be available as a CD, download, and as a limited edition 2LP set with four extra tracks. It is available to pre-order now.

Compiled by noted Australian music writer and historian David Nichols, Closed Circuits looks at what happened in Australia when the machines started taking over in the wake of punk in the late 70s. Synthesisers and other new technology accompanied a new DIY mentality and very quickly made their presence felt right across the pop spectrum. The collection looks at some of the underground innovators – the likes of Whirlywirld, Essendon Airport, Voigt/465 and Scattered Order – and also some of those who wedded the new sounds with more commercial instincts and created new styles of pop music, like the Dugites, Models, the Reels and the Machinations. It is a range of music that is sometimes fun, sometimes intensely serious, and always innovative.

Nichols puts it like this in his liner notes: “This collection brings together a wide range of recordings really only united by one thing: people using technology to produce something fresh. These were not necessarily artists wedded to the idea of the ‘new wave’ or even hoping to wipe out old rock music; but what these tracks do represent is forward-thinking, inventive, progress… Most (not all) of the people on this collection were in their early-to-mid 20s; their reference points growing up in the 70s might have been Bowie’s Berlin period albums, or Roxy Music – particularly the Eno years – or Brian Eno’s own solo material; perhaps groups like Suicide. Many tracks sound like their creators spent their formative years immersed in the fun experimental side of progressive rock (though few seem to remember that experience). Others were more into the shock element of the new wave/ post punk world – or the DIY nature of synthesisers and other new technology. It didn’t hurt that between the late 70s and early 80s the hardware got cheaper, fast – though five or six hundred dollars for a synthesizer was still a major investment. “

This collection follows the release of David Nichols’ new book – the acclaimed Dig: Australian Rock and Pop 1960-85 – and comes ahead of another compilation, the 3CD 12 INCH DANCE: AUSTRALIAN 80s POP which David put together and which exclusively features extended mixes from the 80s of tracks by the likes of Hunters & Collectors, Icehouse, Models, Kids in the Kitchen, Kate Ceberano, Eurogliders, Big Pig, pel mel and more.

Closed Circuits features detailed liner notes and track-by-track commentary by Nichols as well as an original design by Michael Trudgeon, the graphic designer for the seminal Melbourne ‘80s cassette fanzine ‘Fast Forward’ (which was a vital outlet for this music back in the day), as well as numerous images.

Closed Circuits provides a unique and invaluable look at the specifically Australian beginnings of key elements of the music of the 80s: music that is more popular and examined more seriously now than at any time since it was originally made.