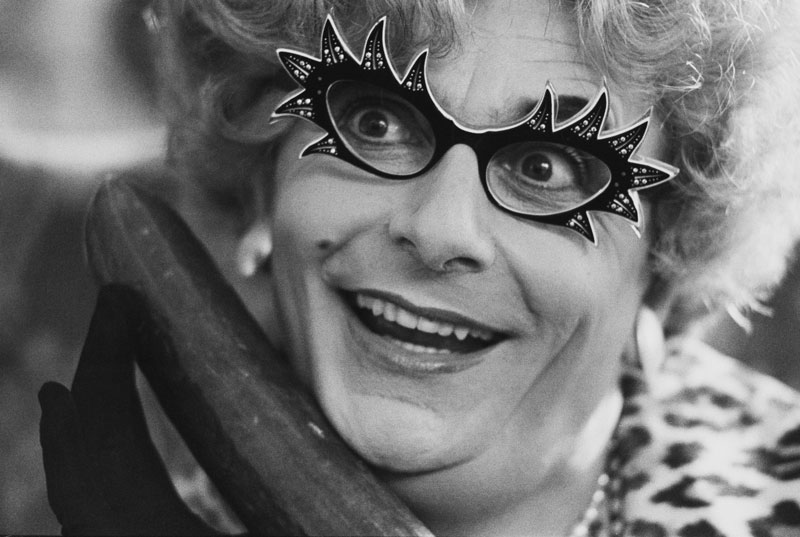 Barry Humphries is a genius.

We've tracked down some funny YouTube clips of our national treasure, and Barry's most adored persona, Dame Edna, her encounters with Rock Stars.

40 years ago in 1978, performing "live" on Countdown is The Sports with their fabulous rendition of "When You Walk In The Room", presented by none other than Dame Edna Everage!

The Sports recently celebrated the 40th anniversary of their debut album Reckless, read more about that here.

Dame Edna would appear on Countdown several times through the late 70s and early 80s. Here's a great interview with Molly in 1982 for a Mother's Day special.

Again, on Countdown this time providing the intro vocals for Elton John...

Dame Edna with Crowded House on the Joan Rivers Show in 1987. Crowded House arrives first and performs "Something So Strong" and "Now We're Getting Somewhere". Then, DAME EDNA arrives to talk about her beautiful clothes and other things. Finally, Neil, Nick & Paul surprise Edna by singing the Hunters & Collectors song, "Throw Your Arms Around Me" to her. Dame Edna joins just after the 12min mark.

Of course, The Dame Edna Experience TV show saw some of the most brilliant interviews ever conducted with musical guests, we will profile some of these in the coming weeks!