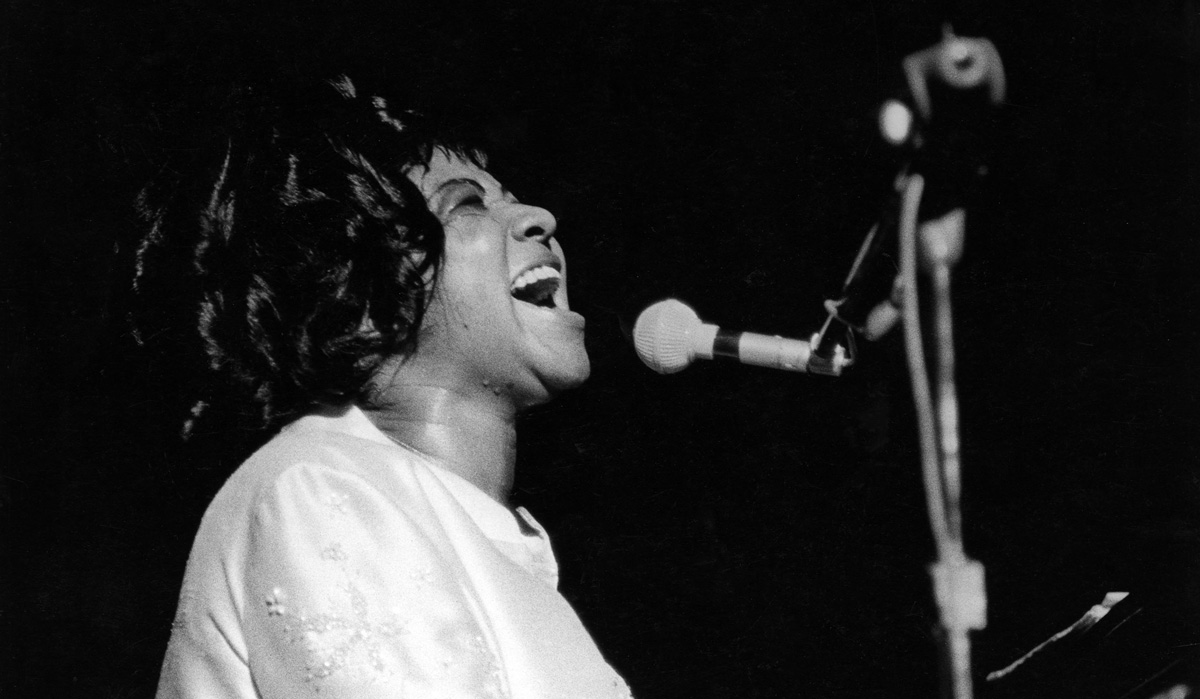 When Aretha Franklin had something to say she didn’t beat around the bush, she was more than happy to spell it out for us, literally. This trademark ferocity set her apart, and perhaps even overshadowed just how talented she really was.

She was a pianist, a songwriter, a philanthropist and a prophet… She wasn’t just the Queen of Soul, she was a force of nature and we were lucky to know her.

If you've been looking for those Monday morning power anthems to fill you with all the determination and fearlessness you could possibly need to face the week ahead, then our I Like: Aretha Franklin playlist will fill you with inspiration.

Tune into the wisdom of the most tenacious women the world has ever known, you can’t go wrong.

I Say A Little Prayer
Featured track “I Say A Little Prayer” started as just a little fun in the studio. Aretha and her backing group, The Sweet Inspirations, were meant to be rehearsing songs for an album but decided to warm up with this cherished Burt Bacharach number instead. The producer heard the potential in her gutsy take on the song, and the rest is history. Released in 1968, “I Say A Little Prayer” was Aretha’s 9th consecutive song to debut top 10 in the American charts.

“Respect” was an international smash hit that spent weeks topping both pop and R&B charts around the world.

Aretha didn’t write “Respect”, but she certainly re-invented it. She arranged the song, instructed the rhythm section, wrote the BV’s, recorded the piano, had the idea to spell out, R-E-S-P-E-C-T in the bridge... She took a song, sung by a man from a borderline misogynist perspective, re-wrote and recorded it herself, to produce what will forever be THE anthem for women’s rights and civil rights around the world. It was no twist of fate or a lucky break, it was the hard work of a visionary.

“Save Me” was released in 1967 on Aretha’s tenth studio album, I Never Loved A Man the Way I Love You, alongside classic hits “Respect” and “Dr Feelgood”, making it the quintessential soul album of the 1960’s.

Aretha and her sister, Carolyn Franklin, wrote this song together. Carolyn is credited with writing a number of her tracks and sang backing vocals with another sister, Erma Franklin, at Aretha’s live concerts - talent sure ran strong in the Franklin family!

Another on the list that Aretha wrote herself is, “Rock Steady” from the 1971 album, Young, Gifted and Black. A playful, sexy and super-soulful number, I feel like “Rock Steady” gives us a glimpse of the Aretha one might have run into at a star-studded 70s cocktail party… on one hell of a good night out!

Bringing us to, “Think” - A triumph of empowerment, this song was more than just a hit for Aretha, it was a fierce statement of equality and freedom. And, you guessed it - written by the Queen of Soul herself.

So, how does one sum up the legacy of an artist who transcended era and genre? Whose power was matched only by her grace? Who gave us all the blueprint to bravery?

In 1998 Luciano Pavarotti called in sick for the Grammy Awards. With less than 30mins notice, Aretha filled in and delivered a show-stopping rendition of “Nessun Dorma” - every bit deserving of the standing ovation it received.

There really was nothing Aretha Franklin couldn’t do.