A Chat With Johnny Marr

A Chat With Johnny Marr 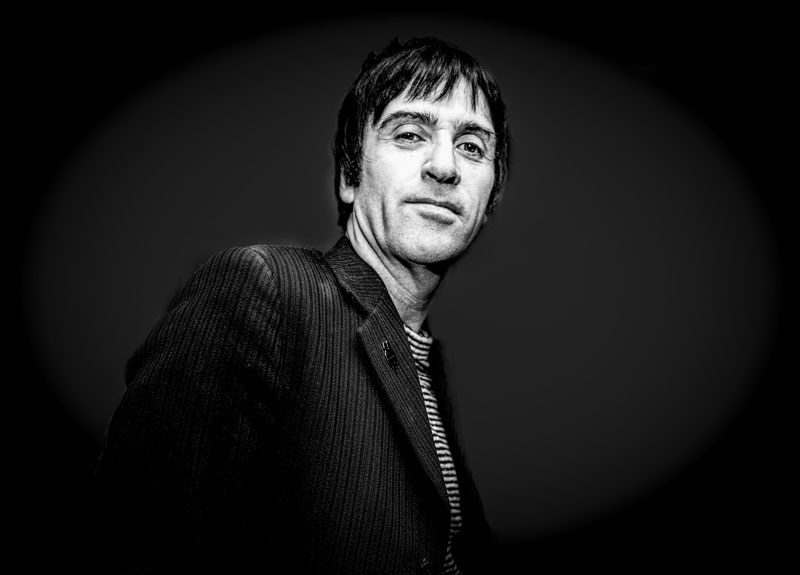 Four decades since he publicly debuted his guitar skills on a makeshift stage at a Manchester street party, Johnny Marr’s list of collaborators reads like an enviable Grammy after-party. Liberating himself from The Smiths before their 1987 masterpiece Strangeways, Here We Come had even hit stores, Marr subsequently found chart success with New Order’s Bernard Sumner as the duo Electronic, briefly joined Seattle’s Modest Mouse (a tenure that brought him his first US number one album, 2007’s We Were Dead Before The Ship Even Sank) and expertly slipped into the realm of Hollywood scores with Hans Zimmer collaborations Inception and The Amazing Spider-Man 2.

In the wake of penning his enlightening 2016 autobiography Set The Boy Free, Marr has returned to music with his remarkable third solo album Call The Comet, (available on CD and LP here) a release brimming with swagger. The songwriter’s recent single “Walk Into The Sea” is charged with a vocal confidence suggesting Marr’s now completely at ease as a frontman rather than sidekick.

“The truth is I was never uncomfortable or else I wouldn’t have done it,” Marr says, “but I’m someone who wants to get better at everything I do, including the guitar, producing, arranging and performing. It’s what gets me out of bed in the morning and I’ve always been like that. Playing a couple of hundred shows and the development of my melodies, perhaps the outside world is now on the same page as me perhaps? I don’t know really, but if that’s the impression I’m more than happy about that.”

It’s in “Walk Into The Sea”’s music video where Marr delivers a striking lyric to camera: ‘I let the slamming waves decide my fate, because hope is all I need’. The guitarist is an avid runner, having completed the New York Marathon and routinely jogging 10 miles a day, but does this lyric also suggest he’s a surfer?

“Hey, I wish!” Marr laughs. “I wish I was, but no. That lyric in “Walk Into The Sea” is more about rebirth, a baptism in a way. I don’t know where it came from really. It’s literally about me clambering over a cliff and diving into the sea in order to come out reborn. I’m not saying it happened, but it’s a metaphor. It’s a song about hope and renewing oneself.”

Although weaving a selection of songs by The Smiths and Electronic into his live sets over the years, Marr has deftly avoided becoming a slave to nostalgia. Even so, fans have welcomed with glee Call The Comet’s track “Hi Hello”, where the keyboards and guitar melody provide a throwback to The Smiths’ gloriously lush “There Is A Light That Never Goes Out” from 1986’s The Queen Is Dead. While Marr says most of Call The Comet was written on his signature edition Fender Jaguar, there are times when he still calls into service the guitars on which he created some of his most famous riffs.

“I tend to actually start most of my songs on the signature Jag I’ve been using for the last seven or eight years, but I use various guitars for orchestration. I’ve got an arsenal now of great stuff that goes back to not only The Smiths, but what I was using with Talking Heads and The The. I use different guitars for different jobs.”

In Set The Boy Free, Marr recalls his frustrations about a band photograph he didn’t approve of being used in The Smiths’ The Queen Is Dead artwork. “It’s not a good sign when you’re not in control of your own image,” he bristles in his autobiography. These days, Marr is very much at the helm of his album artwork and accompanying videos.

“I do them all with my friend Mat Bancroft,” Marr says. “It started with the cover shot on the first solo record, The Messenger, when he took that photo of me coming out of the studio in Berlin at dawn. It’s an important and exciting part of the process of making records for me and always has been. It’s even more satisfying now on solo records as it’s about my own vision. It is a side I really enjoy and I can’t imagine not being in control. Every band that I’ve been in, the aesthetic has been a very crucial part of it - Modest Mouse were real sticklers for that stuff.”

He’s yet to record anything with his friend Nile Rodgers (“I’ve played played on stage with him and we’ve sat in hotel rooms not plugged in, but nothing more than that”), but it’s another New York guitarist Marr is keen to snare as a future collaborator.

“I really like Nick Zinner from the Yeah Yeah Yeahs,” Marr says. “I greatly admire him - he’s a favourite. It would be great if I got the chance to work with him. I got the chance to play with John Frusciante from the Chili Peppers about 10 years ago [on The Empyrean album] - it’s a good experience making a record with another guitar player.”

After a run of small shows in the US and UK ahead of Call The Comet’s release, Marr has been buoyed by audience reactions to his latest batch of songs. He’s enthusiastic about returning to Australia as the Call The Comet tour progresses.

“Me and my band always have a great time in Australia,” he says. “It was one of the first places where we really took off with the solo records and the Australian fans seem to be really behind the new stuff. They’re on the right page, so I can relate.”

It always seemed there were two bands that broke up in the ‘80s who would never get back together: ABBA and The Smiths. And so, a final question for Johnny Marr: what does he make of the recent news of ABBA getting back together to record?

“When I was a child and a teenager ABBA was considered very mainstream pop music, but looking back I can really admire their artistry. So I never really thought of myself as an ABBA fan as they were a bit too poppy when I was a kid and I was more into alternative music at the time. They’ve got some really great pop singles, but I imagine they’re cracking on a bit now. That’s great if that makes their fans happy though, that’s fantastic.

“I’m more focused on my new album coming out and playing my new songs over the next few years,” Marr concludes, evidently shifting his response to address the lingering ghost of The Smiths. “That kind of thing isn’t part of my mentality - I’m kind of into new music.”

Check out the expansive works of Johnny Marr across many of his musical projects in our 'I Like: Johnny Marr' playlist on Spotify...