“I’m recovering from a kidney stone,” Chit Chat admits. “It’s 10mm long, so it’s not coming out unless they put a major laser up my dick. Think about that. That’s a great opening line, isn’t it?”

Released on coloured vinyl for the first time, a review of Paging Mr Strike from 2002 suggested the album packed “more sex, drugs and rock’n’roll in 50 minutes than the Stones have in their 40-year career”.

“We tried our hardest to live up to what they’d done, but God, didn’t we hurt ourselves,” Chit Chat says. “I always wanted us to be Parliament; a balance of great songs you could sing along to and one big party. We used to say we wanted people to leave our shows not knowing whether they’d won the lottery or been violated. Probably both.

“For Paging Mr Strike though, things couldn’t have been better than they were when we made this album. I just found the original artwork for the cover and the girl didn’t have knickers on, but the angst it caused was enormous.”

Adding underwear to the artwork wasn’t the only last-minute change to the band’s second album. Chit Chat says the witty live track “My Ex-Girlfriend’s Boyfriend” by frontman Pinky Beecroft was also a late addition.

“The artwork was in the bag and Pinky had done a little solo show at the Hopetoun Hotel in Surry Hills with a couple of mics, doing some MGF songs and covers and even playing bass. He was playing me a song he’d just written and played for the first time that night and I said, ‘Jesus, that’s got to be on the album’. We actually had to change the artwork at the last minute – and it cost a fair bit of money – but it made it on there the day before the final sign-off. I do know which band he’s singing about when he’s singing ‘My ex-girlfriend’s boyfriend’s got a band’, but I can’t say because Pinky wasn’t supposed to be with this girl. I wouldn’t want to hurt the innocent… well, obviously not too innocent if they were with Pinky.”

While Chit Chat didn’t have as much time on the mic as Pinky during gigs, his penchant for performing wearing nothing but a Winnie The Pooh strapped around his meat and two veg ensured plenty of attention. The peculiar attire stemmed from a frigid night in eastern Victoria when bandmate Loveshark let Chit Chat borrow his hat.

“We were doing a weird festival in Wilsons Promontory and as always there were a lot of hallucinogens involved. I wanted to go out there and jump around naked, but it was freezing. I thought I’d shrivel up and look even less impressive than I do on a daily basis, so Shark said, ‘You can wear my Winnie The Pooh hat on your dick’. That’s a sentence which rarely makes sense, but I went, ‘Oh yeah, okay’. It’s one of those weird things. I always think of Angus Young still performing in the school uniform after 50 years, so I ended up wearing Winnie The Pooh for a couple of years. I still have it in the same box as the original Paging Mr Strike artwork. It really came down to me not wanting to be embarrassed by my manhood in the freezing cold winter of Wilsons Promontory. That’s how it began – and then it got more elaborate and became a thing. I was painted for the Archibald Prize with it on – the painting is about eight foot tall and I’m jumping in a blur. The only part of the painting in focus is the Winnie The Pooh face - and he’s looking at you as if to say ‘Call the police’…”

“It’s like we went to war together,” Chit Chat says. “You don’t need to talk to everyone every day, but it’s an adventure only those people can understand. We’d got to the stage that you could tell whose fart it was because you’d lived with them in the band for long enough. You’d heard every story that had ever happened to anyone, because you’re flying with them and driving with them constantly. Around the time of Paging Mr Strike I took 100 flights in one year.

“Time has been good to me on this – when I go back there is only joy. It feels like it happened to someone else sometimes. My life has moved on so much, but to be honest I’m really proud of the album. I know that it’s a really daggy thing to say, but I am. Going back to all those moments, thinking about Sharky turning up to play sax on every session, these things give me joy and I feel proud.

“I’m just glad we pulled the pin when we did,” Chit Chat concludes. “There’s far more poetry in not being there anymore and getting out, leaving people wanting more.” 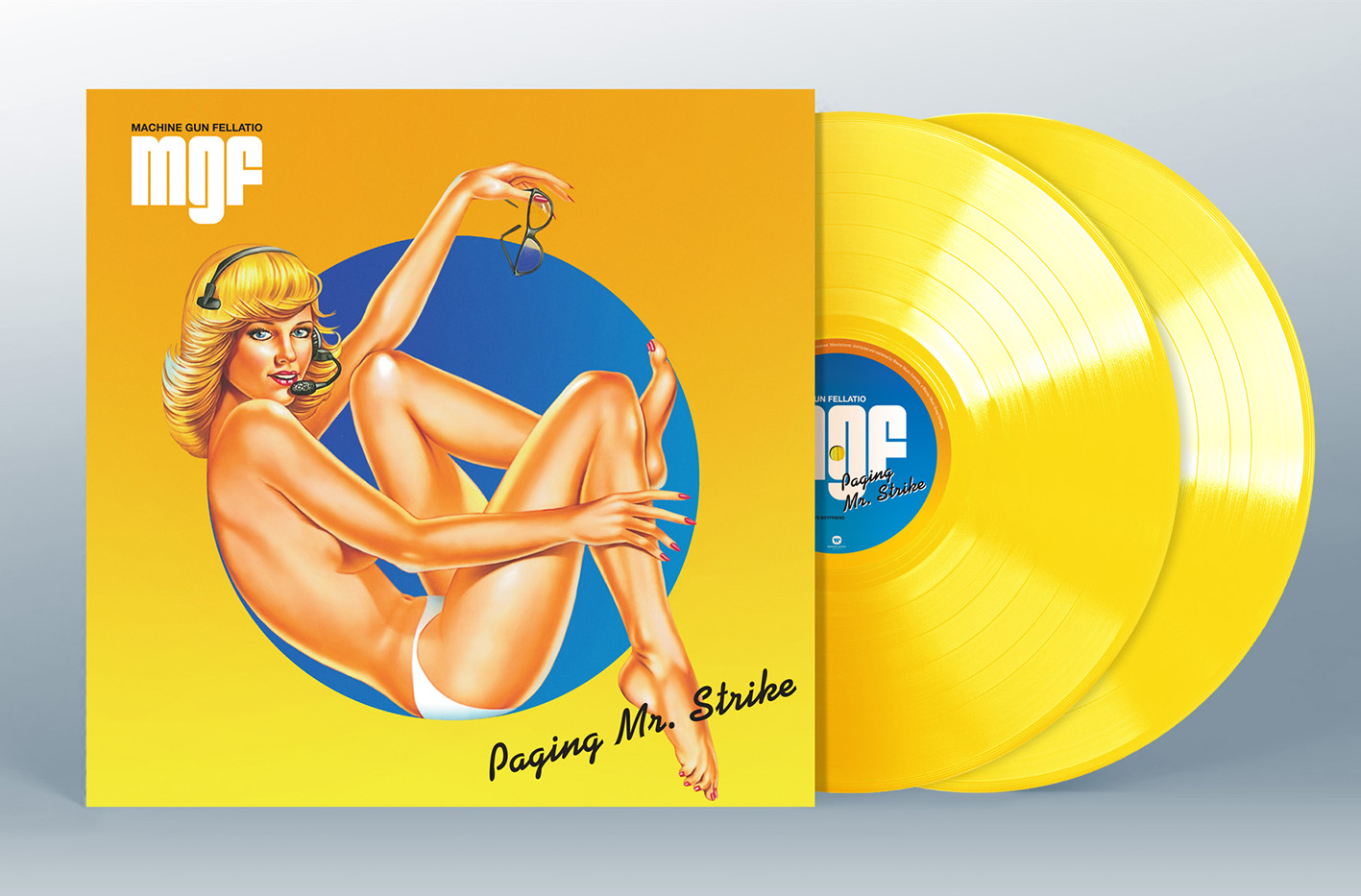