Phil Collins' ...But Seriously Is About To Turn 30 Years Old

Phil Collins' ...But Seriously Is About To Turn 30 Years Old

Phil Collins’ fourth studio album …But Seriously was originally released on 20th November 1989 (6th November 1989 in US) and owned the charts with a whopping fifteen weeks at #1 in the UK and 4 weeks at #1 in the US. The album achieved #1 success in over 16 countries, including here in Australia, and is the second best-selling album in the chart history of certified albums.

The release of …But Seriously sparked a change in direction for Phil Collins with this album addressing various socio-economic and political themes including homelessness and the troubles in Northern Ireland. Delivering us six successful singles including "Another Day In Paradise", "I Wish It Would Rain Down", "Do You Remember?" and more.

‘’…its not surprising that these songs over time become very close friends, friends that you don’t want anyone to mess with’’ - Phil Collins 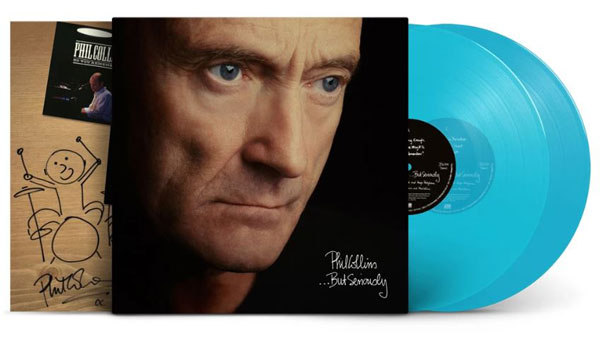 Celebrating 30 years since the hugely successful album release …But Seriously is available as a limited edition turquoise 2LP set, and comes with an exclusive numbered lithograph. Get it here.

The accolades for this album don't stop. At the 33rd Annual Grammy Awards "Another Day in Paradise" won the award for Record of the Year. ...But Seriously received further nominations for Album of the Year, Producer of the Year (Non-Classical) and Best Engineered Recording – Non-Classical. "Another Day in Paradise" was further nominated for Song of the Year and Best Pop Vocal Performance, Male, while the instrumental piece "Saturday Night and Sunday Morning" was nominated for Best Pop Instrumental Performance. ...But Seriously received two American Music Awards for Favorite Pop/Rock Album and Favorite Pop/Rock Male Artist. At the Brit Awards in 1990 "Another Day in Paradise" received the award for British Single, while Collins was named British Male Artist, for which he was nominated again a year later.

Listen to Phil Collins on Spotify