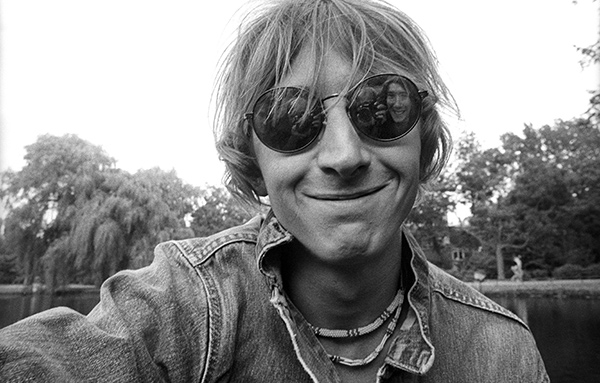 Mark Hollis, best known as the frontman of English post-rock band, Talk Talk, has passed away following a short illness. The news was confirmed by Hollis’ longtime manager Keith Aspden on Tuesday morning (February 26). He was 64.

“I’m still trying to accept this but sadly it’s true,” Aspden said in the statement. “Mark has died after a short illness from which he never recovered. Deeply felt sorrow for a remarkable person who remained true to himself throughout his life. I can’t tell you how much Mark influenced and changed my perceptions of art and music. I’m grateful for the time I spent with him and for the gentle beauty he shared with us.”

The singer was a master of melancholy, a vulnerable visionary whose tender voice invited listeners to surrender to his quietly confident resolve. His untimely death has been devasting news for peers who have not only lost an inspirational artist, but a lifetime friend. Many have shared their memories of Hollis on social media. Talk Talk bassist, Paul Webb, aka Rustin Man, said he was "shocked and saddened" by the news.

"Musically he was a genius and it was an honour and a privilege to have been in a band with him," he wrote.

Hollis was a founding member of the synth-pop driven Talk Talk and, over the course of a decade, released five albums with the band before their break up in 1991. They found early chart success with singles, “Talk Talk” (1982), “It’s My Life” & “Such A Shame”, both in 1984.

“It’s My Life” was covered by high energy, ska-pop-rockers, No Doubt, in 2003 and charted in the Top 40 around the world, attributing to a whole new generation being exposed to Talk Talk’s music.

Talk Talk abandoned their synth-pop origins completely in 1986 with their third album, The Colour of Spring, which cracked the UK Top 10 with the single "Life's What You Make It” which was an international success and has since been covered by many bands in a range of genres.

Talk Talk “Life’s What You Make It”

The success of The Colour of Spring afforded the band a bigger budget which they devoted to over a year's worth of studio time while recording their follow up album, Spirit of Eden. Talk Talk ventured towards a more experimental sound, retreating further, from the memory of their synth-pop arrival, instead basing the recordings upon improvised instrumentation that mixed jazz, ambient, classical, and rock elements. Unlike their contemporary peers of ‘80s melancholy, Talk Talk stripped back layers to create a sublimely bleak, exploration of immersive experiences of ambient sound.

Talk Talk “I Believe In You”

“His is one of the great un-rock voices,” said Rob Young of Wire magazine in 1998, “[His voice is] all whisper and no scream, at times, the voice is little more than a thin parting of the air.”

After the release of his solo album in 1998, Hollis left music behind and retreated from public life. When asked about the decision, he echoed the sentiments of Patti Smith - who when posed with the same question gave a similarly human reply - Hollis simply stating:

"I choose for my family. Maybe others are capable of doing it, but I can't go on tour and be a good dad at the same time."

Talk Talk's influence upon musicians has historically exceeded the band's visibility among the general public. They are among a handful of bands credited with inventing the post-rock genre with their Spirit of Eden album. Many artists have praised the band and the influence they had in shaping their creativity, including Tears for Fears, Elbow, M83, The Mars Volta, Porcupine Tree and Death Cab for Cutie - just to name a few.

In one of their more melancholy, new-wave offerings, cover-king’s, Weezer released this version of “Life Is What You Make It” in 2008:

For more awesome Talk Talk covers you maybe didn't expect and certainly don’t want to miss, check out our article: Five Talk Talk Covers You Have To Hear.

RIP Mark Hollis -  The artist will be remembered as an inspirational, post-rock trailblazing visionary who showed the world you don’t have to tough to be brave.

Listen to Talk Talk on Spotify: