Robert Plant | “Shine It All Around”

The previously unreleased songs included are, “Nothing Takes the Place of You” (written by New Orleans musician Toussaint McCall for 2013 film Winter in the Blood), “Charlie Patton Highway (Turn It Up – Part 1)” (from the upcoming album Band of Joy Volume 2) and a duet of Charley Feathers’ rockabilly classic “Too Much Alike” with singer-songwriter, Patty Griffin. throughout the collection, Plant is joined by a truly remarkable line-up of musicians, including Led Zeppelin bandmate, Jimmy Page, Buddy Miller, Phil Collins, Nigel Kennedy and more.

The popular podcast, Digging Deep with Robert Plant began its third season on July 13th, with five brand new episodes set to premiere every two weeks. The series sees him delve into his back catalogue to revisit songs and tell vibrant stories of inspiration, collaboration, and intervention. Digging Deep with Robert Plant is available from Apple, Spotify, and YouTube, with new episodes available every two weeks – tune in here. 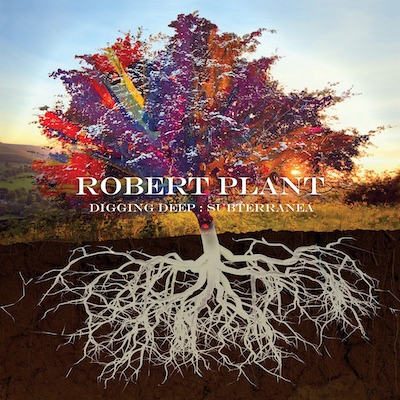 Listen to Robert Plant on Spotify: