With 30 years passing since the release of Fleetwood Mac’s Tango In The Night, a reissue project celebrates this essential album of the ‘80s. Before you check out the deluxe package featuring an impressive host of B-sides, lost tracks and 12” mixes, as well as the album’s classic singles, here are some interesting stories and details from the archives.

1. The album is named after the cover artwork, a painting by Australian Brett Livingstone-Strong. Livingstone-Strong is best known for his sculptures and portraits of celebrities such as Michael Jackson, John Lennon and John Wayne. The original painting hangs in Lindsey Buckingham’s home.

2. Released in August 1987, "Little Lies" was Fleetwood Mac’s final top 10 single in the United States. It was the third single from the album after Lindsey Buckingham’s "Big Love" (released in March 1987) and Stevie Nicks’ "Seven Wonders" (released in June 1987). "Little Lies" was co-written by Christine McVie’s then husband Eddy Quintela. Quintela went on to compose Rue McClanahan (Blanche in the Golden Girls)’s unmissable 1990 home video, The Dog Care Video Guide.

3. Tango In The Night’s lush production techniques coupled with the Mac’s songwriting talents have been a major influence on producers – particularly dance artists - in the 2000s. Australian duo Empire Of The Sun were so attuned to the sounds of Tango In The Night they even roped in Lindsey Buckingham for a guest appearance on their third album, Two Vines for the Tango-esque final track "To Her Door".

4. The recording of Tango In The Night can be traced back to a solo Christine McVie cover of Elvis Presley’s "Can’t Help Falling In Love". McVie was recording the song for the soundtrack to Ted Danson’s box office flop A Fine Mess, but called in bandmates Lindsey Buckingham, Mick Fleetwood and John McVie to record with her. “The atmosphere was instant,” she said. 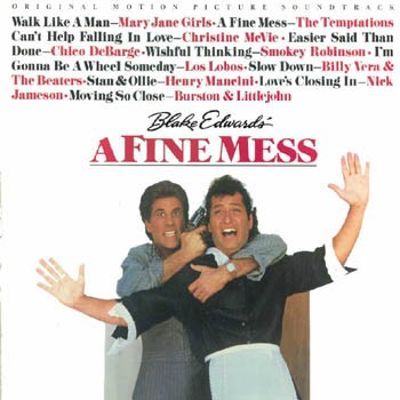 5. "Big Love"’s chorus famously features a vocal tug of war which sound like a male and female in the throes of passion. Despite the rumours this was Lindsey’s girlfriend, Stevie Nicks or even Madonna, it was actually just Lindsey’s voice pitch-shifted.

6. In a final, explosive fight ahead of a proposed Tango In The Night tour, Buckingham pushed his former partner Nicks and called her a “schizophrenic bitch”, then quit the band. The usually reserved John McVie recalls stepping in. “I just said, 'Lindsay, why don’t you just leave?’ He left. But what I meant was, 'Why don’t you leave the room?’” This misunderstanding meant Buckingham wouldn’t publically perform with the band again until US President Bill Clinton’s 1993 inauguration party.

7. Their first album since 1982’s Mirage, Tango In The Night ended up being the Mac’s second biggest-selling album (behind 1977’s Rumours). Tango In The Night is four times platinum in Australia and has sold more than 300,000 copies here since its 1987 release. Unfortunately it is also the final album to be recorded by the classic line-up of Fleetwood/McVie/McVie/Buckingham/Nicks. On the subsequent Shake The Cage tour it took two guitarists – Billy Burnette and Rick Vito – to fill Buckingham’s shoes. Now, with talk of Buckingham and Christine McVie recording together again, can a sequel to Tango In The Night finally be on the cards?

The Deluxe Edition of Tango In The Night is out now in a variety of formats. Pick up a copy here.