Festival Records has today announced the release of a deluxe expanded edition of the only live album from one of the greatest and most popular Aussie bands of the ‘70s, the Ted Mulry Gang. Originally released in 1979, the 11 track LP has been remixed and remastered and 10 extra tracks from the same 1977 & ‘78 shows have been added. This new edition includes never before heard live recordings of the hits "Jump In My Car" and  "Crazy", covers of ’60s Rolling Stones hits "It’s All Over Now" and "The Last Time" and more. A warts and all recording that captures the band both in pubs and in pavilions, TMG Live is one of the great Oz Rock live albums and has been described as “a raw riffing and stomping killer with big guitars and hooks a-plenty – it’s Get Yer Ya’s-Ya’s Out! meets Kiss Alive!”. TMG Live (Expanded Edition) is available for pre-order now.

The Ted Mulry Gang – TMG – formed in ’72 and hit it big in 1975 with the unforgettable "Jump In My Car". Prior to that, Ted had been known as a balladeer; with his own group behind him he became an unrepentant rocker. Gang members Herm Kovac on drums and Les Hall on guitar both came from Newcastle’s Velvet Underground. Not that Velvet Underground; this Velvet Underground had nothing to do with Lou Reed and is best known as Malcolm Young’s band before AC/DC. As Malcolm’s former band mates - and as AC/DC’s label mates for a time on Alberts - TMG were AC/DC’s compatriots in those early days and, although TMG were poppier (and originally the far more successful band), the two bands together helped shape the classic guitar-driven and boogie-influenced Alberts Oz Rock sound.  Indeed so close were the ties back that legendary AC/DC bassplayer Mark Evans these days is a standing member of TMG!

After three albums and more hits including "Darktown Strutters Ball" and "Crazy", TMG moved to Mushroom in 1976. The hits kept coming – "My Little Girl", "Heart of Stone", "(You've Got) The Devil in You" etc – as did three more great studio albums The TMG Album, Disturbing the Peace and Locked In that encapsulated the classic pub rock sound of the era. Mushroom managed to sign the band to Atlantic in the US where Disturbing the Peace was released; alas the band never toured there so the album failed to take off. TMG Live was the original band’s final release, and a great swansong.

Although the hits had dried up by the early ‘80s, the band continued, finding new success on the club and ‘70s/80s nostalgia circuit. They released a new album in 1989, and Ted released a solo album in 1998, featuring songs co-written with his brother Steve Mulry.

Sadly, Ted himself passed away in 2001 after a fight with brain cancer. Before his passing, the all-star benefit show ‘Gimme Ted’ saw a TMG performance featuring Steve Mulry stepping in for his ailing brother. Steve, a mainstay of South Western Sydney pub rock diehards Black Label, these days fronts the current and ongoing TMG alongside Herm, Les, original second guitarist Gary Dixon, and, as mentioned, AC/DC legend Mark Evans on bass.

TMG Live (Expanded Edition) is out on Festival Records through Warner on May 5. On the same day, TMG begin another tour – dates as follows: 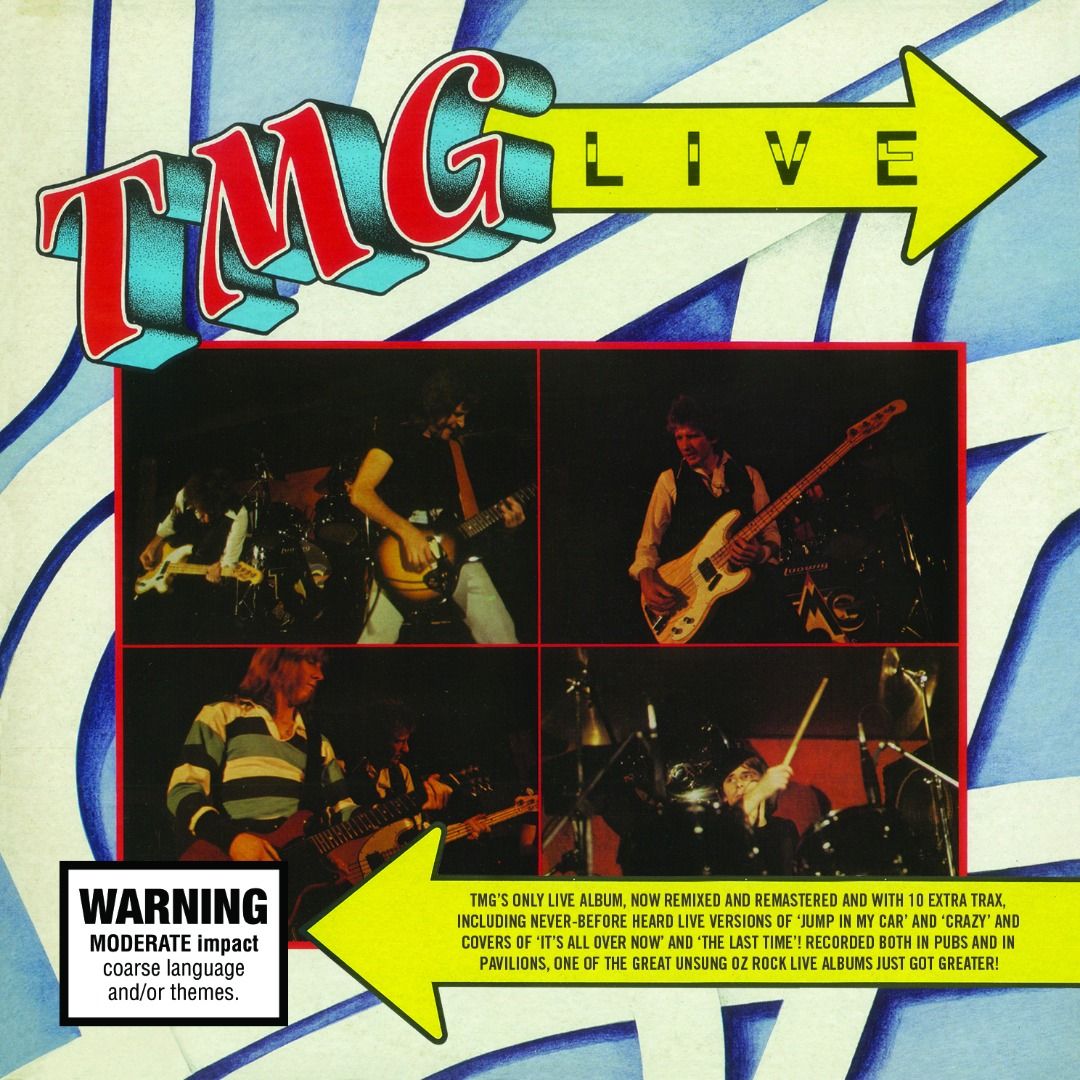