Aussie Music Festivals That Made Us

Aussie Music Festivals That Made Us

The recent Hotter Than Hell tour featuring the creme of Aussie 90s rock bands has pretty much sold out nationally, and it's no wonder! Nostalgia is king and this festival is giving us oldies a chance to re-live the good old days rocking out to the likes of Regurgitator, Grinspoon, The Superjesus, Killing Heidi and more.

Music festivals have been a rite of passage for Australians, really coming into their own during the burgeoning alternative music scene of the 1990s. We look back at some of the great times that have been spent out in the sun.

A thing of legend now, the 1992 Big Day Out in Sydney will go down in music folklore – not least because it saw a little-known grunge band from Seattle, Washington blow minds. Nirvana may have stolen the show, but this one-day festival – not unlike its US counterpart Lollapalooza, which started just a year before – tapped into the alternative-rock and pop zeitgeist. Locals Beasts of Bourbon, Celibate Rifles, Died Pretty, Ratcat, the Clouds, Falling Joys, You Am I, Smudge and more also highlighted the strength of Aussie music in the ’90s and the punters’ demand to see it live on a big stage. This inaugural Big Day Out paved the way for the festival to grow into a national phenomenon and a rite of passage for Triple J-listening teenagers across the country. 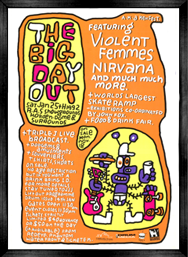 From its humble beginnings in Byron Bay in 1996, the Australasian music festival Homebake grew into an annual institution that became known as the Aussie Big Day Out to many. The Sydney-based event held in the inner-Sydney Domain grew to five stages in 2002, with the likes of Alex Lloyd, Grinspoon, You Am I, Radio Birdman, Kasey Chambers, Paul Kelly and Killing Heidi playing with rising stars such as Decoder Ring, Jet, the Butterfly Effect and Gersey. Sadly, switching to an 18+ crowd, after struggling to obtain an all-ages liquor licence, Homebake said its final goodbyes in 2012. 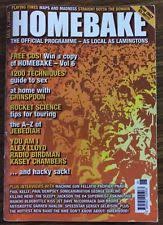 Now a thing of legend, this fest – intended as an answer to Woodstock – in the early ’70s is considered the official beginning of Australia’s love affair with summer festivals. Held over three days on a private farm in rural Victoria, the fest cost a whopping $6 to attend for the three days and featured a forward-thinking line-up including Blackfeather, prog-rockers Madder Lake, Billy Thorpe & the Aztecs, Indelible Murtcepts and many more. And while it certainly wasn’t the first Aussie festival, it was the earliest financially viable one. Its legend has continued on in music and pop culture – like being namechecked by Melbourne indie-rock act the Fauves on single “Sunbury 97”.

Right before it became a touring festival – which many attribute to its downfall – Brisbane institution Livid put on a big show for the start of the new century. Green Day, the Living End, No Doubt, the Dandy Warhols, Grinspoon, Muse, Yo La Tengo, Unwritten Law, Augie March, Regurgitator and Motor Ace packed the indie/alternative-rock billing, with icons the Cure and Lou Reed giving older festival-goers something to cheer about. Sure, the late-night Cure set on the main stage might not have filled the arena like organisers had hoped, but there was still something magical about Robert Smith playing sad songs beneath the warm Brisbane night sky. 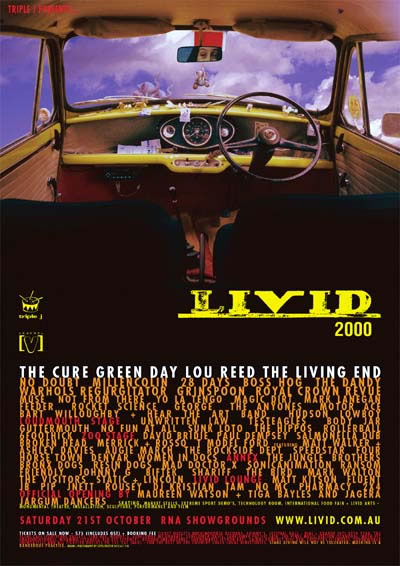 The British franchise had a couple of years in Australia, showing that an ambitious concept and line-up could work in this tough market. Curated by hometown heroes Nick Cave & The Bad Seeds, ATP featured the Saints, Spiritualized, the Laughing Clowns, Silver Apples, Robert Forster, Fuck Buttons, Swans’ Michael Gira, the late Rowland S. Howard, Dead Meadow, the Necks, the Stabs and more. Held over two days on Sydney’s Cockatoo Island, this boutique noise- and experimental-oriented festival was a brief but welcome sight on a predominantly alt-rock and pop scene.

On a hot summer’s day in Sydney, around 18,000 fans hit Macquarie University for the first Summersault festival that attracted some of the biggest acts in alt-rock at the time. Foo Fighters, Sonic Youth, Beck, Pavement, Beastie Boys, the Amps, Rancid, Jawbreaker and Bikini Kill formed the formidable international line-up, with locals Gerling, Bodyjar, Crow and Ben Lee’s Noise Addict forming the home-grown bill. It was another blink-and-you’ll-miss-it festival but one that is still spoken of in hallowed terms more than 20 years on. 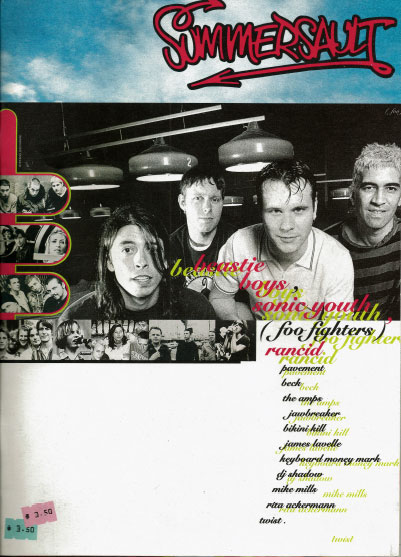 The, er, alternative to the Big Day Out, this big-budget affair brought to life by gig promoters and industry heavyweights Michael Chugg and Michael Gudinski – plus radio station Triple M – had a line-up on paper that suggested a success. But when headliners the Red Hot Chili Peppers and Stone Temple Pilots pulled out, ticket sales were slow for the Brisbane-Sydney-Melbourne event and it wouldn’t return the following year. Nonetheless, there were big names who made it down for the inaugural festival, including Nine Inch Nails, Faith No More, Tool, L7, Live, Body Count, Pennywise, Therapy? and Primus on the heavy-rock-oriented bill. Poor weather also played a role at each event, with Sydney’s Eastern Creek site quickly becoming a mud pit. The festival also showed that the success of the Big Day Out was less about the line-up and more to do with a tribalism among music fans that kept them returning each summer regardless of draw-card headliners. 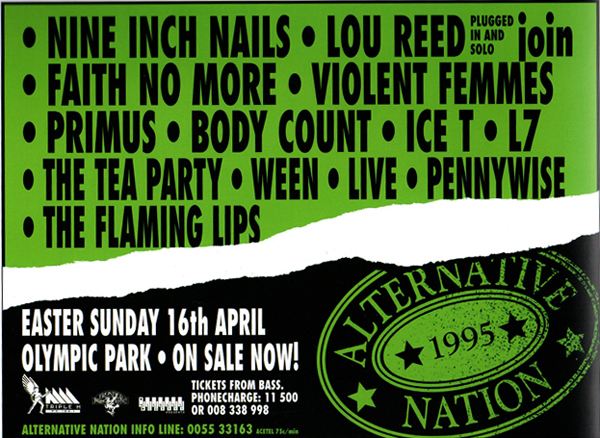 It may not have been around for long, but boutique indie festival Harvest had a good couple of years in the east coast capitals and found a receptive audience that sat somewhere between Laneway and the Big Day Out. In 2011 it bagged an impressive list of internationals – TV On The Radio, Portishead, a confetti-loaded Flaming Lips, Bright Eyes, Mogwai, the National, Mercury Rev, the Walkmen – and forward-thinking locals like Seekae, while providing more of what an older festival crowd wanted, with good food options, cider and shade. Sadly, it would be canned in 2013, never to return.

While there were some missteps along the way, no-one could fault festival organiser AJ Maddah for dreaming big. It didn’t take long for his Soundwave festival to grow from a middle-weight event at Sydney Park to a huge extravaganza at Sydney Olympic Park. An eclectic, something-for-everyone line-up filled the bill in 2010, with the return of Faith No More as headliners plus the likes of Jimmy Eat World, Jane’s Addiction, Anthrax, Paramore, Alexisonfire, Sunny Day Real Estate, the Get Up Kids, Taking Back Sunday , the Weakerthans, Reel Big Fish, Placebo, AFI and more. It was also the last punk- and emo-oriented Soundwave before the line-up took a much heavier, metal turn.

The Byron Bay festival had been steadily growing since its inception in 2001, but it was in this year it really blew up to be one of the premier winter music events on the worldwide calendar. Brian Wilson, Sonic Youth, Death Cab For Cutie, Mogwai, Snow Patrol, Yeah Yeah Yeahs, Atmosphere, Dungen and DJ Shadow, plus hit locals You Am I, the Vines, Augie March, Grinspoon, Wolfmother, the Grates, Youth Group and more, offered something for everyone and plenty of outside-the-box acts to discover. With the beautiful Belongil setting, great logistics and a relaxed vibe, it’s no wonder Splendour In The Grass quickly grew to be one of Australia’s most loved festivals.

If you managed to get your hands on a ticket for Hotter Than Hell, get yourself ready with Spotify playlist featuring all the bands on the line-up...