Still Waltzing at 40: The Band

Still Waltzing at 40: The Band

On Thanksgiving Day 1976, The Band took the stage for the very last time at the Winterland Theatre in San Francisco. The concert, aptly billed as The Last Waltz, has become one of the most revered performances of all time. For the show, Rick Danko, Levon Helm, Garth Hudson, Richard Manuel, and Robbie Robertson were joined by an all-star group of musicians, including Eric Clapton, Neil Diamond, Bob Dylan, Ronnie Hawkins, Dr. John, Joni Mitchell, Van Morrison, Muddy Waters and Neil Young, among others. The evening was captured on film by director Martin Scorsese and released theatrically in April 1978 to critical acclaim. The Last Waltz is still considered by many to be the greatest concert film ever made.

The 40th anniversary of The Last Waltz has rolled around (those big ones keep doing that...) and the occasion is to be marked with three new 40th Anniversary Edition releases. Set to hit shelves on November 11 and including the pairing of the audio and video for the first time, the formats range from the standard remastered offering, to Deluxe, to all the bells and whistles: 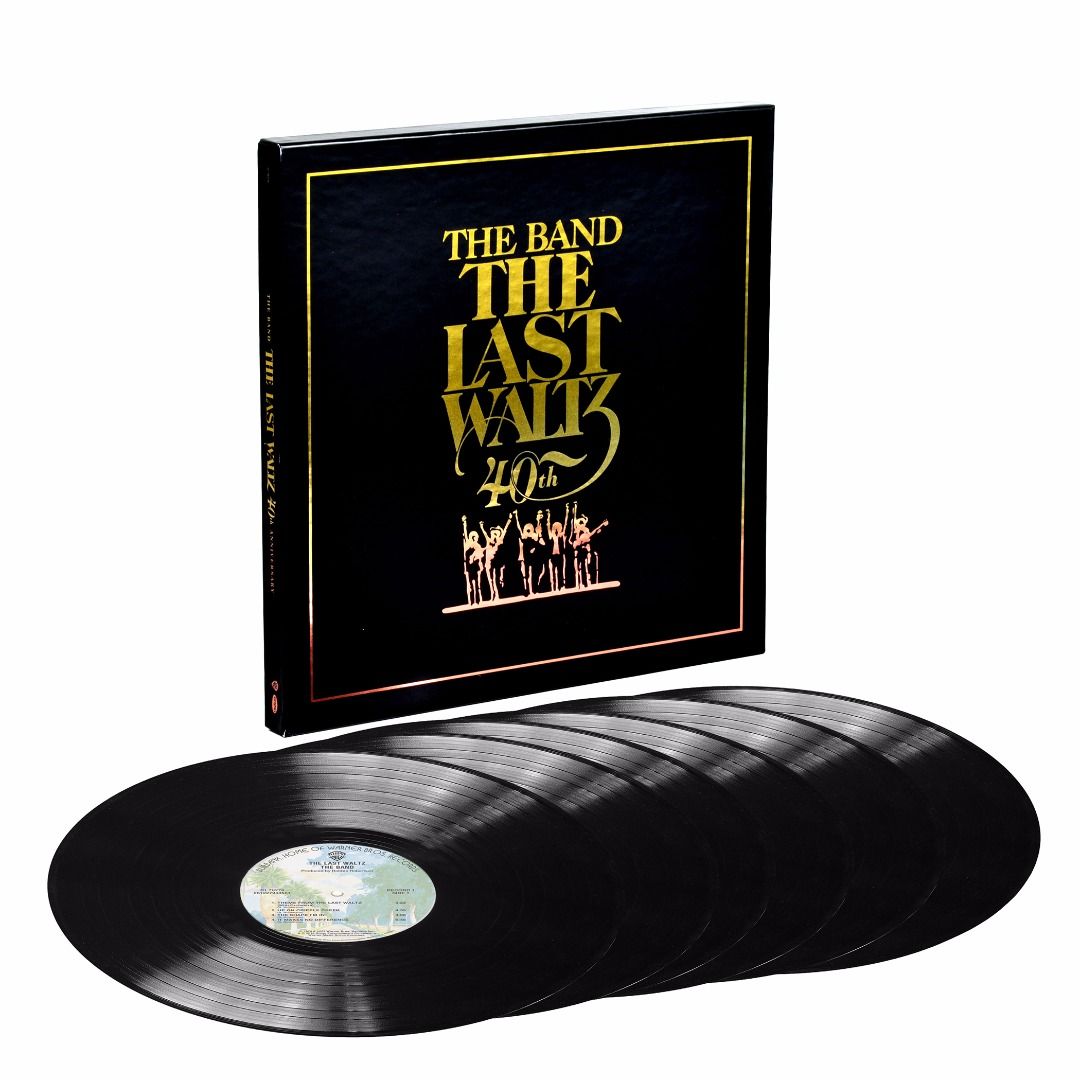 The 40th Anniversary Deluxe Editions (the 4-CD/Blu-Ray set and the 6-LP set) of the original soundtrack have 54 tracks, including the entire concert, as well as rehearsals and outtakes. Among the rarities are performances not featured in the film, such as "Furry Sings The Blues" with Joni Mitchell and "All Our Past Times" with Eric Clapton, plus rehearsals for "Caravan" with Van Morrison, "Such A Night" with Dr. John, and "King Harvest (Has Surely Come)" a song that was not performed in concert. The 2CD version doesn't miss out entirely on some new features - there are newly-penned liner notes by revered music journalists David Fricke and Ben Fong-Torres along with a classic essay from 1977 written by iconic author Emmett Grogan.

Robertson will be busy during The Last Waltz 40th anniversary. Also this month, he will release Testimony, a new memoir in which he finally tells his own fascinating story of the band that changed music history, his extraordinary personal journey, and his creative friendships with some of the greatest artists of the last half-century.

Find out more about these new releases here.