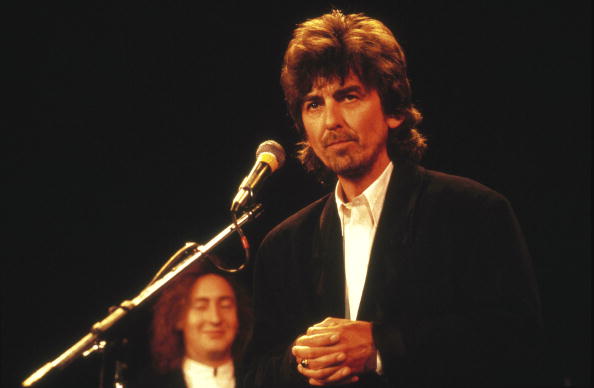 These were some of the biggest hits of 1988 according to the ARIA end of year single's chart.

30 years on, we look back at the songs that were making musical headlines during our countries bicentennial year.

George Harrison – Got My Mind Set On You

It really shouldn’t have come as any surprise that an ex-Beatle and incredible songwriter, George Harrison, would release a super catchy pop number. Except that he didn’t write it. It was originally written by Rudy Clark, and recorded by James Ray in 1962.

George Harrison’s version of the song was #1 in the US the week immediately preceding the Beatles induction into the Rock and Roll Hall of Fame that year.

Underworld – Underneath The Radar

A high school friend, and later bandmate, was the first to bring this song to my attention in 1988 after hearing it on the radio, he was captivated by the heavy bass lines mixed with an electro-pop vibe. He must have known something because it remains one of the bands biggest songs to date. This of course was from the first incarnation of Underworld, which would later disband and become the electronic band that we know today. This was the title track of the album released in ’88 and the album was recorded in one take, a fact that was pushed in order to profess the bands technical abilities as a band. The morse code at the beginning of the song reads “Think global, act local”.

This was the debut album from 1927, who spent the better part of 1987 chasing record contracts before finally nailing one down in 1988. They wasted no time in recording and releasing "That’s When I Think Of You", releasing it in August, with the song peaking at #6 on the ARIA charts, and earning them two ARIA Award wins for Breakthrough Artist - Single, and Breakthrough Artist – Album for ISH.

As soon as you read the name, you think of the film clip. That’s how much of an impact this song has on the entire world. This was the first single from Robert Palmer’s Heavy Nova album of 1988, achieving chart success around the world, including going to number 1 on the Billboard Hot Mainstream Rock Tracks chart in the US. But getting back to the video clip, it was done in the style of artists Patrick Nagel, who had developed ‘The Nagel Woman’ over time and tend to have black hair, bright white skin, full-lipped mouths, and distinctive eyes, all very present in the film clip, alluring, yet never pornographic.

Tracy Chapman's appearance on the Nelson Mandela 70th Birthday Tribute was the catalyst for this song becoming a top 10 hit in the United States, peaking at number 6 on the Billboard Hot 100, and a top 10 hit in the United Kingdom. "Fast Car" received two Grammy nominations for Record of the Year and Song of the Year, as well as a Video Music Award nomination for Best Female Video in 1989.

Reaching number 1 here in Australia, "The Flame" was originally written by two British songwriters Bob Mitchell and Nick Graham, who offered it to English singer Elkie Brooks, who knocked it back, it was then picked up by Cheap Trick and became the hit it was always destined to be. However it wasn’t as easy as that, originally lead guitarist and main songwriter for the band, Rick Neilsen, disliked the song so much, he took it from the tape player and ground the tape under his foot.

Pat Benatar – All Fired Up

Only Robert Palmer’s "Simply Irresistible" stopped this classic from reaching #1 here in Australia. Oddly enough this song was originally written and recorded by Australian band Rattling Sabres in 1987, which you can find a film clip for, and you’ll note whilst the basis of the song is much the same, save for some slight rewriting, the delivery is where it differs, with Pat Benatar’s version a little more hyped and aggressive.  Never the less, originally writer Kerryn Tolhurst is still credited and would be enjoying a life of royalties.

Although the single was released late in 1987, it remained in the charts well into 1988, peaking at #3, and it became Australia’s 11th highest selling single of the 80’s and peaked at #33 on the US Billboard charts. The song returned to the charts in 2004 when dance producer, Nick Skitz asked lead singer Mark Gable to sing on a dance remix of the song. It entered the top 20 on the ARIA charts for 6 weeks.

Unlike the Mindbenders' original version, which was an upbeat guitar-based pop song, Phil Collins' version was a slow ballad with a prominent keyboard and strings. This version hit No. 1 on both the U.S. and UK charts, and remains Collins' only single to top the charts in both countries; it was his last No. 1 single in the UK. Collins originally recorded his demo version as a suggestion for the film Buster, then found out later that the demo was actually used in the film. He later decided to record it himself when he took the starring role in the film. It peaked at #2 in Australia.