In the late ‘60s and early ‘70s, music got pretty heavy man… Progressive Rock and Singer-Songwriter stuff wasn’t that much fun. But things turned around when the likes of Slade, Roxy Music and T-Rex came blasting out of the UK, and Australia responded in the mid-‘70s with its own burst of the bizarre, colourful and rocking. ILYOS takes a look back at the best of Aussie Glam!!

Trailblazers in so many ways, the Youngs were Aussie Glam pack leaders from the outset. AC/DC’s first single, recorded pre-Bon Scott, with Dave Evans up front, is one of the first Aussie Glam singles and one of the best. Recorded at the beginning of ’74 and of course, produced by Vanda & Young, “Can I Sit Next To You Girl?” is a super-stomping riff rocker that would have appealed to fans of Slade, Sweet and even Mud when it was released - had anyone actually heard it.  The band re-recorded it with Bon for their second album T.N.T. , but this rare original has its own unique charms, and if you own an original copy - you’re rich!

Sydney’s Hush get two songs because they were the most prolific pure Glam band on the Australian scene and great fun. “Get Flared” is a re-recording of their great “Get Rocked” – recorded and pressed up as a commercial for the Colonial Jeans brand (“long-legged, hug your butt/C’mon get out of your rut”). The great later Kung Fu cash-in “Nunchuka Man” is another favourite. Hush guitarist Les Gock was the coolest looking guitarist in Glam (which is not saying much when you look at Dave Hill from Slade or the blokes from Sweet!!) and if they’d made it to the UK his looks alone would’ve made them stars.

One of the most memorable Australian records of the ‘70s, “I Like It Both Ways” was the only real hit from this Perth band who took their name from a Black Sabbath song and who had the misfortune to hit at the very tail end of Glam, prompting them to unsuccessfully adopt a new wave image by the time of their second album. These guys did have a lot of great tunes though, and their Glam-punk crossover single “Unemployed” is a ripper. Singer Gary Twinn now fronts international punk/new wave supergroup the International Swingers, singing “I Like It Both Ways” to audiences around the world with a line-up that also features Glenn Matlock from the Sex Pistols and Clem Burke from Blondie!

These guys, of course, need no introduction. Skyhooks were a long way from a generic Glam band, although they looked the part more than most and Greg Macainsh admits to being visually influenced by Gary Glitter and the Glitter Band (the image was key). There was of course also suitable flash in many of their tunes. “Million Dollar Riff” captures the Glam zeitgeist perfectly.

Another Melbourne outfit, Taste, came out of the same suburb, Balwyn,  that Skyhooks lambasted in one of their songs.  Like Supernaut, they came along a bit too late, and the times were changing before they got themselves properly established. They did however have the band Queen amongst their champions – they loved Taste’s “Boys Will Be Boys” in particular and Brian May apparently even invited Taste to tour the States with them, but financial support was not forthcoming. 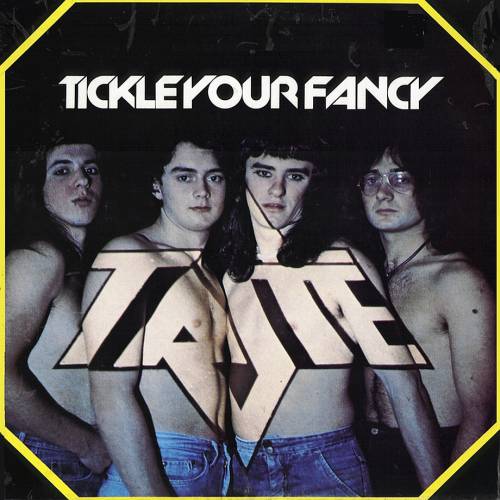 When Newcastle’s toughest mid-’70s band hooked up with singer Dave Evans after he was booted out of AC/DC, they must have thought national chart success wasn’t too far away. After two albums for CBS it still proved elusive, but Rabbit left behind some crazy testosterone-charged rock including some killers original and outrageous covers – you get one of each in this incredible live performance recorded by Newcastle TV. 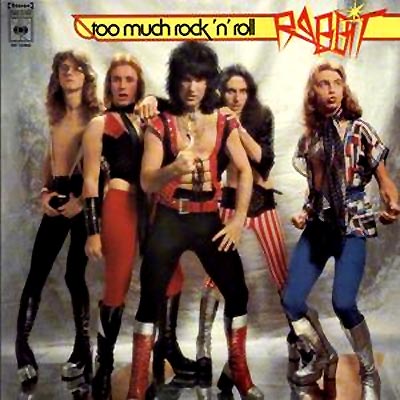 WILLIAM SHAKESPEARE “Can’t Stop Myself From Loving You”

I’m not sure if there was ever was a face so wrongly matched with pop stardom  - or at least glammy Elizabethan outfits – than that of Johnny Cave, who nonetheless wore his new name bravely and had a great voice. Cave is even rumoured to have been considered by Vanda & young for AC/DC at one point before Bon came along. He had two massive Vanda & Young written and produced hits before fading, and both stand up to the very best glam pop of the era.

Another band that, like Skyhooks, weren’t strictly glam but certainly on the fringes – and another face that, like William Shakespeare - seemed too rough and ready to appeal to the young girls their music was aiming at; Ted and the Gang nonetheless made some great records that, especially early on, captured all the thump of prime glam. Formed in ’72, TMG were the first great Alberts rock band of the ‘70s; although they were soon superseded by their mates AC/DC, the music and indeed the band lives on.

If Glam is your thing, check out our Spotify playlist featuring all of the above artists & more...