1987 – The Greatest Year For Aussie Music Ever?

1987 – The Greatest Year For Aussie Music Ever?

Maybe we can blame John Farnham.

In 1987, Australia was still feeling the shockwaves of Farnsy’s 1986 album Whispering Jack blowing sales records out of the water. Still perched at the top of the chart as 1987 dawned, the album sold more than 1.6 million copies - a copy in one in four Aussie households of the era. Whether it was a case of rising to Farnham’s impressive benchmark or merely staying on their own inscrutable course, Aussie artists unleashed an incomparable run of fantastic albums in 1987 which arguably remains unrivalled. Considering the following classics were all released within one calendar year, 30 years on it’s still hard to believe there’s another epoch in Australian music which stands up to this potent period.

Released on 21 September 1987, Man of Colours has gone platinum 10 times and spent 11 consecutive weeks at number one on the Aussie chart (not even Ed Sheeran’s record-breaking has managed that!). Iva Davies’ band had enjoyed singles success with songs such as "Great Southern Land", "Hey Little Girl" and "We Can Get Together", but Man Of Colours took him to the masses. The album won two ARIA Awards (Album of the Year, Highest Selling Album) and spawned 5 Top 30 singles – "Electric Blue", "Crazy", "My Obsession", "Man of Colours" and "Nothing Too Serious". A sign of Man Of Colours’ longevity? Five songs from the album were included in the sets for Icehouse’s recent 40th-anniversary shows – and still sounded fantastic.

James Reyne’s solo career hit the ground running. After the 1986 break-up of Australian Crawl, Reyne’s eponymous debut saw hits flowing like the mullet he’s sporting on the album cover. "Fall Of Rome", "Hammerhead" and "Rip It Up" were unavoidable radio favourites, with six singles from the album released overall. Flushed with hits that proved Australian Crawl’s success was no fluke, the Nigerian-born singer found life outside the band suited him: “[What] was really liberating about it, being a solo performer, is I felt as if a great weight had been lifted off my shoulders and I didn't have to pay lip service to band democracy”, he told the ABC when looking back in 2010. His ubiquity at the time lead radio clowns The D Generation to take the mickey out of Reyne in their own ‘80s Aussie hit, Five In A Row. 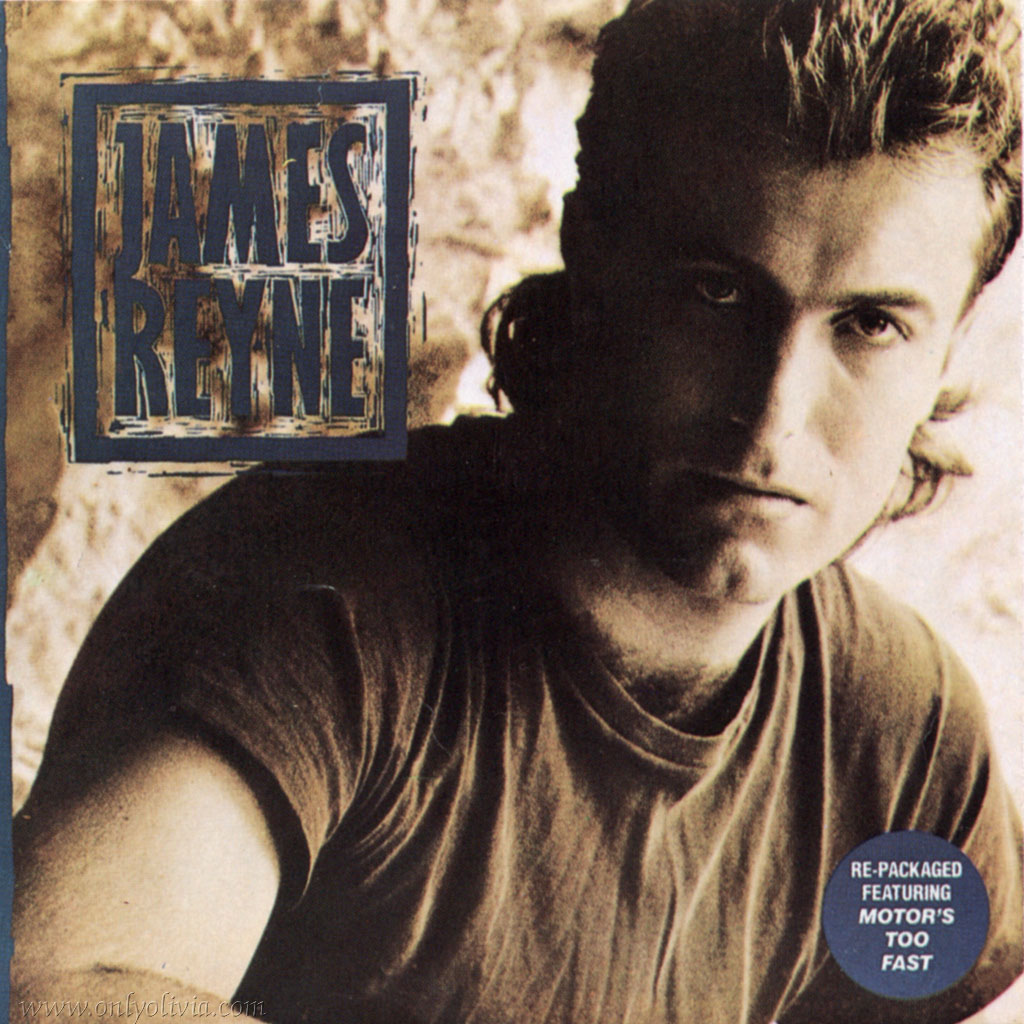 Key track: "Take Me Back"

Years before Jon Stevens hit headlines playing Jesus Christ Superstar’s Judas, stepped into Michael Hutchence’s shoes for a solitary INXS single and temporarily became engaged to James Packer’s ex-wife Jodhi Meares, his balls-to-the-wall efforts in Noiseworks proved he was one of the great pub rock vocalists. Noiseworks’ debut album hit number two in the chart (behind Bon Jovi’s Slippery When Wet) and went on to sell more than 210,000 copies in Australia. Singles "Take Me Back" and "No Lies" were ‘80s jukebox classics, with Aussies taking to the Kiwi frontman and his rockers with fist-pumping zeal.

Like a Down Under version of Sgt Pepper’s Lonely Hearts Club Band, Jenny Morris got by with a little help from her friends. Body And Soul included songs written by Neil Finn and Andrew Farriss and featured appearances from fellow Kiwis Tim Finn and Dave Dobbyn as well as Aussie rock royalty such as Phil Small (Cold Chisel), Ian Moss (Cold Chisel), Mark Moffatt (Divinyls) and Gary Garry Beers (INXS). But the star of the show remains Jenny, with an impressively soulful yet ballsy vocal skill.

Jimmy Barnes’ third number one solo album might not be as popular as the preceding half-million-selling For The Working Class Man, but his final studio album of the ‘80s continued his golden run. Proving the tight-knit nature of the Aussie musos who were going places in 1987, guests on Freight Train Heart included Johnny Diesel and members of INXS and The Angels, as well as an unlikely harmonica addition on "I Wanna Get Started With You" from Huey Lewis. American Idol judge Randy Jackson not only played bass on the album, he also earned a songwriting credit on first single "Too Much Ain’t Enough Love", Barnesy’s first Aussie number one. “Overall it was a great record,” Barnesy noted years later. “Randy is a great, mutherfucker of a bass player - forget fucking American Idol! He’s a fucking amazing player”.

Their third album released in May 1987 contains their hit single "What's My Scene?".  The band's American label, Elektra Records, was hoping that they could come up with something a bit easier to market than the witty, 1960s-obsessed pop/rock of Stoneage Romeos and Mars Needs Guitars!, so they paired the group with producer Mark Opitz, who had previously produced records for AC/DC, INXS, and the Divinyls. Background vocals on two tracks were supplied by The Bangles. It was recorded both in Sydney and LA.

The Oils powerful sixth album is a concept album about the struggles of Indigenous Australians and environmental causes, issues important to the band. The album peaked at #1 and stayed there for 6 weeks. It was the 11th highest selling album in Australia in 1987, seeing out competition from Michael Jackson’s Bad (at 16) as well as fellow Aussies Icehouse (at 18) and Hoodoo Gurus (at 21).

It won multiple awards including ARIA winner for Best Cover, Best Single and Best Song for "Beds Are Burning".

They’d spent a number of years developing a tight live show and a swag of killer singles, but Kick was the album which took INXS to stadiums – Wembley Stadium, in fact. When INXS later released their "Live Baby Live" video of their Wembley performance, half of the set was drawn from this classic 1987 album. Michael Hutchence’s potent showmanship was part of the charm, but this album’s mix of influences (European dancefloors, American beat poetry and a touch of the neoclassical) took them far beyond the raucous pub shows of their early days. The album has now sold somewhere in the region of 20 million copies worldwide, with covers of the perennial "Never Tear Us Apart" having been recorded by diverse international artists including Beck & St Vincent, Tom Jones & Natalie Imbruglia and Tina Arena.

In what would go down as one of the strongest ARIA nominees list ever, Hunters & Collectors joined INXS, Icehouse and Midnight Oil in losing out to Crowded House in the ARIA for best group in the 1988 ceremony. The Melbourne group’s fifth album didn’t chart as high as their top 10 1986 album Human Frailty, but contained the Aussie hit "Do You See What I See?" and the Billboard success "Back On The Breadline". Three decades on, What’s A Few Men? still jolts like pissing on an electric fence, with Mark Seymour the brooding, socially-aware little brother perched halfway between Peter Garrett’s hyperactive flash and Neil Finn’s romantic balladeer.

Key track: "To Her Door"

Released hot on the heels of 1986 album Gossip ("Before Too Long", "Leaps And Bounds", "Adelaide"), it peaked at #19 with the single "To Her Door" peaking at #14. Another single, "Dumb Things" peaked at #36 in early 1989 and it reached #16 on the Billboard Modern Rock chart. The song was included on the soundtrack for the 1988 Yahoo Serious film Young Einstein.

"To Her Door" won an ARIA Award in 1988 for 'Best Video' directed by Claudia Castle.

You will find some of these great tracks and more in our 80s Oz playlist on Spotify...