5 Reasons Festivals Were Better In The 90s

5 Reasons Festivals Were Better In The 90s 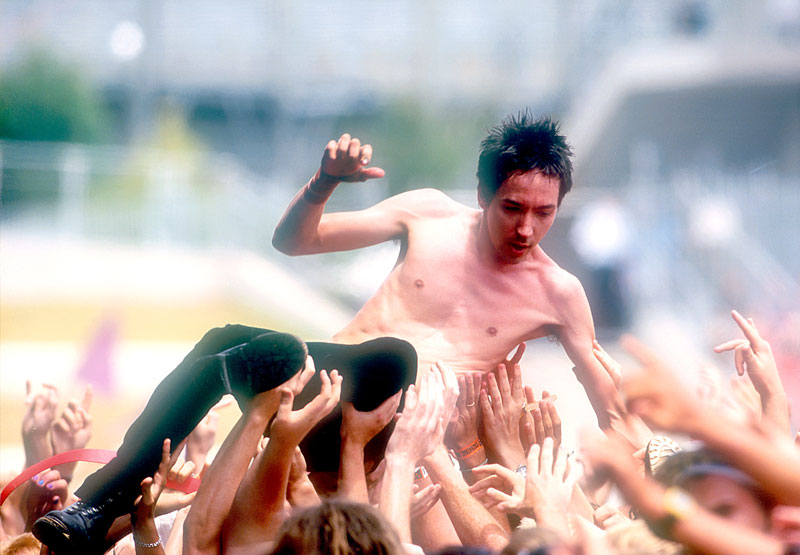 Jon Toogood of Shihad, Big Day Out in 1999 in Melbourne, Australia. Photo by Martin Philbey/Redferns/Getty Images.

Time changes everything, but sometimes don’t you just wish things stayed how they used to be?

The first big music festival I ever went to was Big Day Out in 1993 in Melbourne. Myself, and two of my mates decided we had to be a part of the madness, and, with a pocket full of money, train tickets in hand, we set off for… Well, we had no idea what to expect.

Still going to festivals 25 years later, I've made some observations. Technology is responsible for the majority of change we see in our lives. Things becoming improved, faster, smarter, smaller, lighter and more convenient, but does that make the festival experience any better?

Nope. Here’s why Aussie music festivals were better in the 90s…

There Was No Social Media

Just our ID, money for booze and food, and a ticket into controlled mayhem was all we needed. And no one could document said mayhem on a public forum where the likes of parents and employees get to pry into our social lives.

No social media, no selfies (unless your brought your compact camera and had a roll of 36, or a disposable camera - baggy cargo pants with large pockets were the in thing so it was totally possible).

But, no munted selfies on Facebook or Instagram for the world to see = no stress. You could just enjoy your day.

There Were No Mobile Phones

No mobile phones, no internet, just simplicity. People focussed on the music more, and you just wandered, schedule folded up in your pocket, and you let the music guide you. More often than not, you stumbled onto a band you’d never heard of and fell in love. Sometimes you would ACTUALLY fall in love with someone. You may have helped someone get back to their feet in the mosh pit, you may have let them cut in line for a beer, but in that instant, you found a connection. These days, not so much, although I’m sure it does still happen. Back then it was more of a community, you looked out for each other, you WANTED to meet like-minded people to share experiences with. Now, it seems, everyone’s in it for themselves, and on their phones, filming the entire set. Why?

Sure, by 1993 people had mobile phones, but I didn’t, nor did my friends. We relied on the age-old method of “If we get split up or you can’t find us at the bar, we’ll meet here at 5”.  If you did separate from your mates, you’d soon make new ones anyway. Usually by commenting on someone’s cool t-shirt, or them commenting on yours, then BANG, you’re instantly best mates and heading off to see said t-shirt band together. Comrades in arms, hands free.

The massive support given to Australian bands on a national scale was brilliant back in the 90’s. Festivals like Big Day Out, Livid, Homebake – the local contingency was huge, and important to those bands as it provided a way to cross-pollinate their audiences with other bands and grow their own fanbases. Soundwave dipped the toe with ‘some’ Australian acts, but when I look back at the artist line up from that Big Day Out in 1993, 75% of the line-up was Australian bands. Finally, bands I had seen in the pubs of Melbourne were on the big stages with THOUSANDS of fans screaming along. Aussie rock was KING.

Ya know what else was better back then? Prices. Beer prices at festivals have gone nuts, and the strict drinking areas are so far from the stage it’s ludicrous. I get it, I get the safety. And maybe I’m just looking at it through rose coloured glasses, or beer goggles as it were. However, being able to grab a beer in your travels and keep heading towards your next favourite band was awesome. Again, wish I could be more precise on how much beer was back then compared to now, but ya know, we’re talking 25 years ago. I do remember going to a music festival in Broadford, Victoria back then, and beer was $2.50 a can! TWO DOLLARS FIFTY A CAN! Bourbon cans were $4.50! I’m pretty sure I was paying $10-$12 for a can of beer at Download this year and that’s for the watered down stuff. No full-strength at festivals anymore, you literally can’t get tipsy for under $100. Inflation happens, I get it, but the percentage rise from the outside world to inside a festival is vast these days.

Speaking of prices, I’m pretty sure (happy to be corrected on this) I didn’t pay more than $50 to get in to the Big Day Out in 93. For some reason $46 is in my head. Bloody brilliant price for that many bands!

Don’t get me started on how great Rock Above The Falls festival was in 1994/95 was either.

Simply, the 90s ruled. And if you agree, you'll absolutely love our 90s Oz playlist, and we're pretty sure it'll stir up memories from your favourite music festivals of that era...