They were one of the great American bands of the late '60s, and they gave us some timeless songs. But Buffalo Springfield have been somewhat lost to their ages, as their most famous member Neil Young went on to claim back his best songs of the era for himself. Three of those songs - "Mr. Soul", "Expecting To Fly" and "Broken Arrow" - appeared originally on the band's second album Again, but are known to most in the context of Neil's Decade collection, robbing the superb Again of some of the attention it deserves.

Buffalo Springfield came together in LA in 1966 where the individual members had headed in the wake of the Byrds' success and burgeoning scene based on their mix of rock, pop, folk, and country. With the Byrds' patronage, the band were almost instantly on the rise, and they released their first album for Atlantic's Atco label before the year was out. But neither Young nor Stills were happy with the record, and clearly Young was not yet fully confident with his voice as he allowed Richie Furay sing 3 of the 5 songs he had on the record. It wasn’t an auspicious start, but the very day the album was released the band recorded a new politically-charged song of Stills’ called "For What It's Worth" which became a Top 10 single early in 1967. It was belatedly added to a new edition of the album, but the band was already at work on Again. 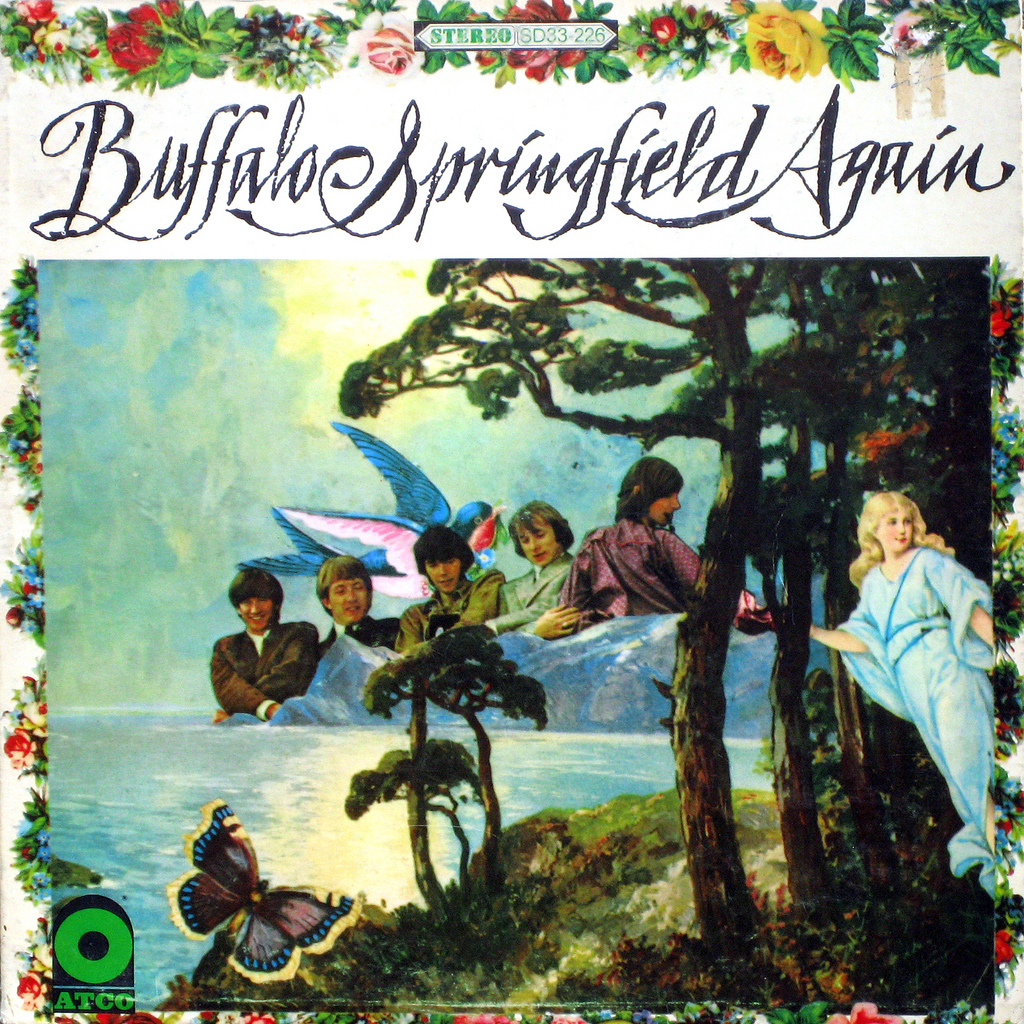 Again is where it all came together, although Young had already quit and re-joined before its release. Recorded over a nine-month period it saw Furay enter the writing fray with three songs (his "A Child's Claim To Fame" is a beautiful country-rocker), with Stills' contribution reduced to four from a previous seven, and Young’s to three - the previously mentioned three - from a previous five.  It was a true band effort, and, as also mentioned, one deserving of much more attention than it receives these days.

The album reached #44 on the charts but the band would split within months. Young began life as a solo artist. Furay together with Jim Messina, who'd joined on bass after the release of the second album, would form much-loved country-rock pioneers Poco. Stephen Stills, in a show of how much respect Buffalo Springfield had so quickly earned amongst their peers, would receive equal billing alongside much more successful heavy-weights David Crosby of the Byrds and Graham Nash of the Hollies in the massive West Coast supergroup that bore their three names.

You can listen to Buffalo Springfield Again in its entirety on Spotify below, and if you're not familiar with it but like Young and/or Stills we suggest that you do. And because Neil's contributions overshadow that of his old bandmates a bit these days, we'll have a look/see at Stephen Stills' great "For What It's Worth" (which segues into Neil’s “Mr. Soul” in the great TV appearance we’ve found for you) and a couple of great early Poco tracks – one from Ritchie Furay and one from Jim Messina - as well. Enjoy.

Buffalo Springfield - “For What it’s Worth / Mr. Soul”