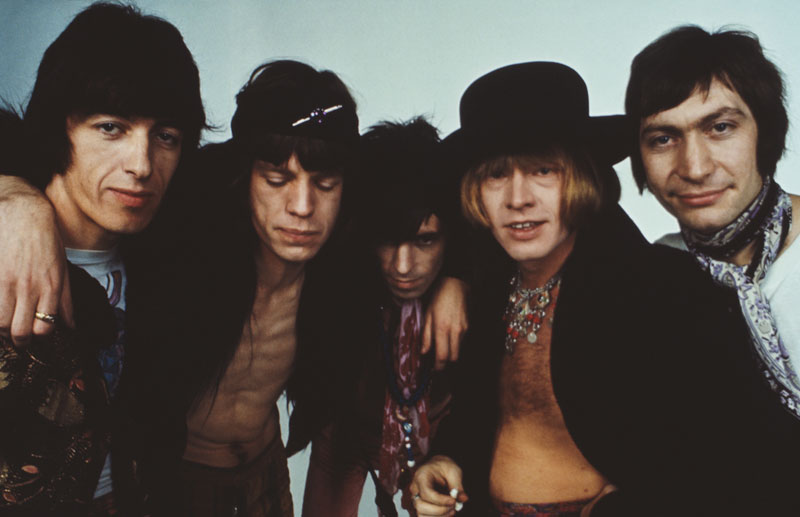 This week marks the 50th anniversary of what some people, including at least one of us here at ILYOS, reckon is the greatest rock-n-roll record ever made, the Rolling Stones’ “Jumpin’ Jack Flash”.

Originally intended for Beggar’s Banquet, the band were so happy with the track that it was left off the album and released as a single instead. Which may have made sense at the time – and was the way things were done in the ‘60s - but in hindsight, it left an album that was one of the Stones’ greatest considerably less than it could’ve been. It has also meant that, for the last 50 years, album buyers had to buy a Stones ‘Best Of’ collection.

Interestingly, given it such an electric sounding record, Keith Richards played the song’s unbeatable riff on amplified acoustic guitars:  Keith said in his 2010 book  Life: “With Jumpin' Jack Flash and Street Fighting Man I'd discovered a new sound I could get out of an acoustic guitar. That grinding, dirty sound came out of these crummy little motels where the only thing you had to record with was this new invention called the cassette recorder... Playing an acoustic, you'd overload the Philips cassette player to the point of distortion so that when it played back it was effectively an electric guitar...There are no electric instruments on Street Fighting Man at all... All acoustic guitars. Jumpin' Jack Flash the same. I wish I could still do that, but they don't build machines like that anymore.”

Unsurprisingly “Jumpin’ Jack Flash” is a song the Stones have included in every show since 1968, and of course it also been covered numerous times over the years, starting almost as soon as it was released. Here are a bunch of our favourites...

Given how much the Stones were influenced by American R&B and Soul, they must have been thrilled when American Soul artists covered their material. Otis Redding famously did “Satisfaction”, and Thelma Houston, who in 1977 had a hit with “Don’t Leave Me This Way”, cut a great version of “Jumpin’ Jack Flash” in 1969.

Of course, the Stones, more than anyone, brought blues music into the limelight in the ‘60s, giving not only numerous African American artists an opportunity to play to new audiences, but also quite a few white Amercian artists who’d been operating in the shadows. Texan Johnny Winter was one such artist – he cut his first single in 1959 at the age of 15. Inspired by – and directly exposed to the same artists that the Stones dug – he was able to capitalise on the wider interest in blues a decade or so later when he signed to Columbia. The version of “Jumpin’ Jack Flash” on his 1971 live album is considered by many to be the greatest version of all. This version from 1974 is no slouch either.

Another artist who’d been Kicking around since the ‘50s – although he was known more as a pop session man before he kicked off his solo career in 1968 -  Okie Leon Russell developed a style of piano-driven soulful rock that was a hit with his contemporaries from the Beatles on down and which was a big influence on a young Elton John. In ’71 Leon made “Jumpin’ Jack Flash” his own with a rousing rendition at George Harrison’s Concert for Bangladesh with a band that included George himself as well as Eric Clapton and Ringo Starr.

Moving closer to home, the first of a handful of notable “Jumpin’ Jack Flash”  covers recorded in Australia came from a shortlived group fronted by sensational New Zealand vocalist Leo De Castro. Released on a 7” single and split over two sides, King Harvest’s incredible version of the tune has a real edge to it, thanks in no small part to the unique production afforded it by none other than Ian Meldrum. The track appears, amongst many other goodies, on a recent Aztec Records collection of De Castro’s work. For more on Leo De Castro, check out our feature on the man here.

England’s Peter Frampton was fresh out of Humble Pie when he started his solo career in ’72, and, as with the Pie, his early solo success was very much Amercian based. He included a hard-edged “Jumpin’ Jack Flash”  on his first solo album and scores bonus points for trying to do something different with the song. We’ll take those points back off him because we don’t think it really works. What do you think of it?

Back to Australia, although of course Marcia was American born and raised. This fine and funky version comes from Marcia’s Robie Porter-produced self-titled album from 1975 – the same album that includes her early hits like “Fire & Rain” and “From The inside”.

Tougher even than King Harvest’s version, this live version by Newcastle hard rockers Rabbit is testosterone charged to the limit, and features a guitar sound like a bulldozer. Indeed everything about Rabbit was over the top and super aggressive; their anthem “Too Much Rock’n’Roll” summed them up to a tee. The band is best known these days for front man Dave Evans, who of course had been AC/DC’s original vocalist before Bon. Great guitarit Mark Tinson went on to form Newcastle pub rock favourites the Heroes, whose own claim to fame (apart from being signed to Alberts by Vanda & Young) was being the band that played at the Star Hotel on the night of the infamous riot.

A couple of decades of Thelma Houston recorded it, the Queen of Soul herself recorded “Jumpin’ Jack Flash” , with Keith himself on guitar. Despite the cheesy ‘80s production values it’s a decent version, and it was a significant hit for Aretha, due in no small part surely due to it inclusion in the Whoopi Goldberg feature, also titled Jumpin’ Jack Flash.  “Anyone tell you you look just like Keith Richards?”

If Rabbit’s version wasn’t heavy enough for you there’s this. No doubt some of you will hate it – we love it. Beneath the metal trappings, Motorhead were pure rock’n’roll. Lemmy loved the stuff. They recorded a bunch of covers over the years, and every time they did they managed to simultaneously pay homage to the original artist whilst remaining completely true to themselves. Motorhead’s version of “Jumpin’ Jack Flash”  recently featured on a collection of their best covers called Under Cover - you can check it out on Spotify here.

The Black Crowes  have always had a lot in common with the Stones, right down to Chris Robison’s Jagger-like snake hips. So of course when they did “Jumpin’ Jack Flash”, they remained fairly true to the original vibe.  Check out this live version from 2013.

For more hits of the 60s, check out our Spotify playlist...