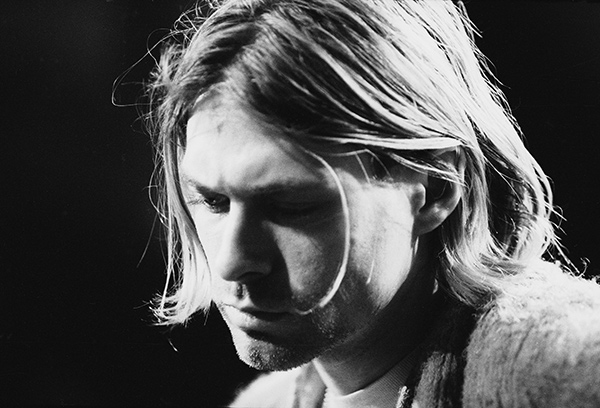 He was the undisputed king of grunge. A troubled and reluctant rock star who became a modern hero, worshipped for his rejection of the ethos of excess and greed so celebrated in the ‘80s. Whether it was the timing of his message, the power of its truth or a combination of both, he showed the world the value of raw emotion and flatly refused to sugar coat anything.

His band, Nirvana altered the course of modern music when, in 1991, they’re breakthrough hit, “Smells Like Teen Spirit”, went rocketing up the charts, exporting the ‘Seattle sound’ worldwide and making indie-rock mainstream for the very first time. He quickly became the Gen X crown prince, a symbolic spokesman for the world's alienated youth.

Cobain’s resistance to any of these titles only strengthened fans resolve that he deserved them. His songs went beyond the general themes of teen rebellion due to his instinctive feel for what made his audience's growing pains different from those of their predecessors. His own troubled childhood resulting from his parent’s divorce was often referenced in his music and spoke straight to the heart of a generation who, more than any other group in history, had come from broken homes.

Kurt refused to put on a brave face and put the past behind him, instead, he embraced the dysfunction of his childhood that had spat him out as an adult who didn’t necessarily have a problem with the system, so much as he simply couldn’t find his place in it. Not even Kurt could have predicted just how many kids were feeling the exact same way at that exact same moment.

He didn’t dress it up and he didn’t dumb it down, he trusted us with the truth and in only a few short years, left a monumental, unmatched impact on the world.