The album features the ARIA Top 5 "She Has To Be Loved", the Paul Kelly-penned "Street Of Love" and "Saved Me" - a song that Prince loved. Morris would support him on European tour dates in 1990.

To celebrate the 30th Anniversary, Shiver is now available as a deluxe reissue featuring the album’s original 10 tracks plus 8 bonus songs previously unavailable on streaming services. The extended tracklist now includes remixes as well as live versions album tracks, and concludes with "Drown", a Jenny Morris and Andrew Farriss collaboration which was originally a B-side on the "Saved Me" single.

“When I wrote for the Shiver album, I wasn’t conscious of any particular theme or endgame,” Jenny says. “I felt like a conduit... opening my mind with a guitar and pen in hand and letting whatever needed to come out, come out. I loved Andrew’s unorthodox method of working: the arrangement of She Has To Be Loved is not formulaic, but that’s what made it stand out.”

We spoke to Andrew Farriss, who co-wrote four Shiver tracks and won the ARIA Award for Producer Of The Year. Watch the three-part interview series below...

On August 23, Shiver will also be available on limited edition white vinyl – its first time pressed on LP since its initial release 30 years ago. Pre-order it here. 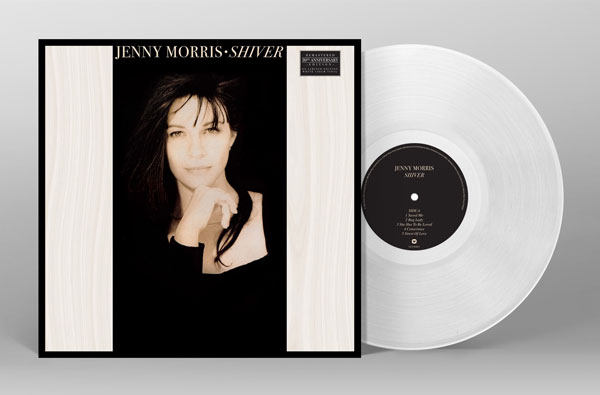