If you count her childhood guest appearances at dodgy Arizona bars during her grandfather’s country music sets, Stephanie ‘Stevie’ Nicks has been appearing on stages around the world for more than 60 years. Finding global fame after joining Fleetwood Mac in 1974, Stevie has since proved adept at juggling Fleetwood Mac commitments with a highly successful solo career. To celebrate the deluxe repackaging of 1981’s Bella Donna and 1983’s The Wild Heart, we’ve collected 30 intriguing facts about the magical Ms Nicks.

1. As a small child, Stephanie Nicks would call herself Teedee as she couldn’t pronounce her name.

2. Stevie’s grandfather, Aaron Nicks, was a jobbing country and western singer and taught Stevie to sing Red Sovine’s “Are You Mine?”. Understanding his singing granddaughter was marketing gold, Aaron asked to take the primary school-aged Stevie on tour, but was incensed when her parents forbade it.

3. During a father daughter talent night in school, Stevie wet her pants while performing “King Of The Road” with her father Jess.

5. The first song Stevie performed with Lindsey Buckingham, future paramour and Fleetwood Mac partner, was The Mamas & The Papas’ California Dreamin’. The pair met at a Christian youth group.

6. Buckingham and Nicks’ first band Fritz opened for acts including Jefferson Airplane, Creedence Clearwater Revival, Janis Joplin and Jimi Hendrix. Jimi was caught by Stevie’s look, declaring, “I’m dedicating a song to that girl over there”.

7. In the early ‘70s while Buckingham Nicks prepared their eponymous debut album, Stevie borrowed their producer Keith Olsen’s new gold Corvette. After parking the vehicle on a steep Van Nuys hill in the San Fernando Valley, she forgot to put the handbrake on. The Corvette rolled off the road and onto a neighbour’s roof.

8. Stevie has called the nude cover shoot for the sole Buckingham Nicks album “the most terrifying moment of my entire life”. Stevie has said she wept as it was being taken. 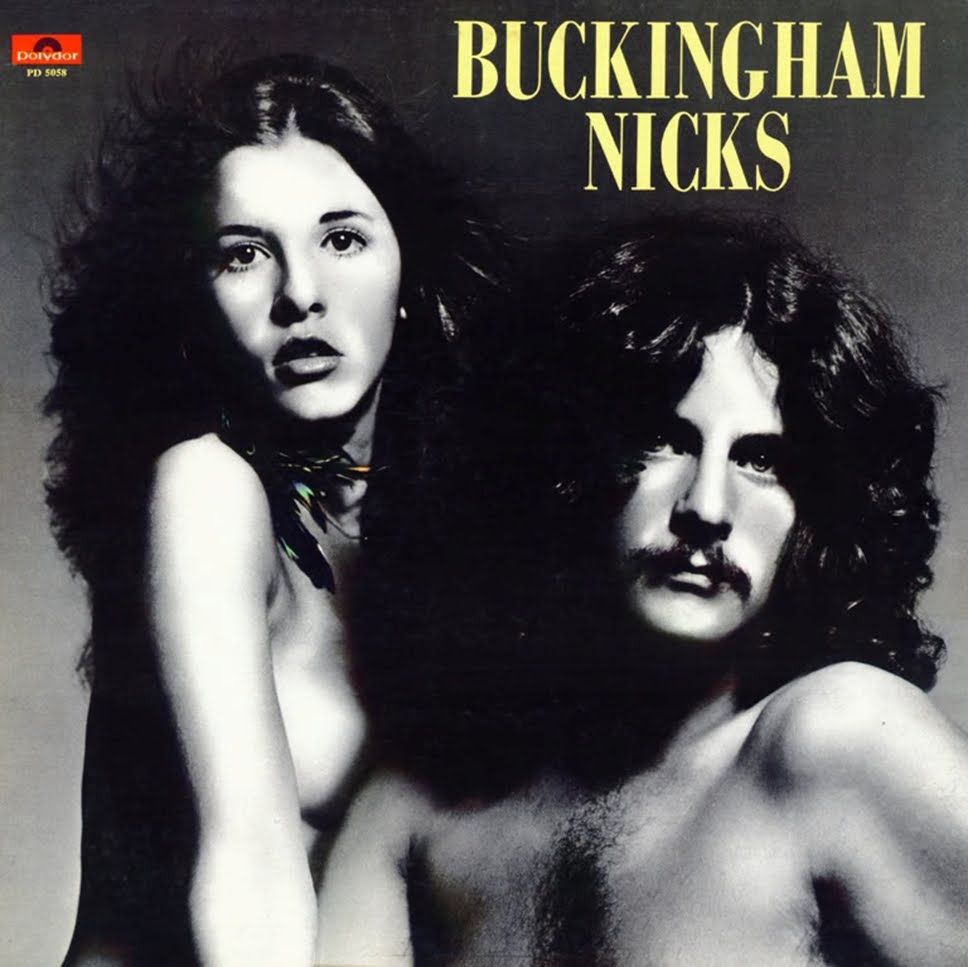 9. While scouting for a place to record 1975’s self-titled Fleetwood Mac album, drummer Mick Fleetwood met Stevie and Lindsey at LA’s Sound City Studios. Impressed by the sound of Buckingham Nicks album and down a guitarist after Bob Welch quit, the duo were offered a chance to join the English group.

10. Coming straight from her waitressing job for the first official meeting with Fleetwood Mac, Stevie was still dressed in her uniform of a 1920s flapper. Contrastingly, Christine McVie, John McVie and Mick Fleetwood arrived in two white Cadillacs.

11. During the hedonistic recording sessions for Fleetwood Mac’s Rumours, any coke foils left unattended would be consumed by Stevie’s poodle Ginny.

12. In Spin Magazine in 1997, Stevie said she watched 1983 Tom Cruise film Risky Business during an all-night coke binge and decided to buy the Porsche from the movie. It was delivered the next day.

14. During the Rumours UK tour, the band stopped by Eric Clapton’s house in Surrey for a night of booze, drugs and sing-alongs. The gathered musicians performed George Harrison’s “While My Guitar Gently Weeps” (written while Harrison was married to Pattie Boyd) and Clapton’s “Layla” (written while Clapton was lusting after Pattie Boyd, before later marrying her).

16. Stevie threatened to quit Fleetwood Mac if they named their 1979 double album Tusk after Mick Fleetwood’s nickname for his penis. They did, she didn’t.

17. During 1980’s Tusk tour, a drunk Lindsey kicked Stevie and threw a Les Paul at her onstage in Auckland. Behind the scenes, Eric Clapton was briefly mooted as a possible replacement for the troubled maestro.

18. Fleetwood Mac songwriters Lindsey Buckingham and Christine McVie have expressed awe for how readily new songs come to their bandmate Stevie. Even so, good friend McVie admitted to The Record in 1982 that “some of them are rubbish”.

19. Stevie believes she was put to death on a guillotine in a past life.

20. Stevie wrote “Stand Back” after hearing Prince’s “Little Red Corvette” on the night of her wedding to Kim Anderson in 1983. Prince played synthesisers on the track and is listed as a co-writer with the US Copyright Office, but remains uncredited on the album.

21. Stevie had a one night stand with Eurythmics’ Dave Stewart in 1984. They later worked together on Stevie’s 2011 In Your Dreams album and documentary.

22. While the rest of Fleetwood Mac conducted recording sessions for Tango In The Night in 1986, Stevie opted to instead join her friends Tom Petty & The Heartbreakers on their tour of Australia and New Zealand with Bob Dylan. Stevie would join Dylan and Petty during the “Knockin’ On Heaven’s Door” finale.

23. Stevie spent time in the Betty Ford Clinic for drug and alcohol addictions in 1986. Country singer Tammy Wynette was in the Palm Springs facility at the same time. Stevie wrote the Tango In The Night song “Welcome To The Room… Sara” about her experience.

24. Stevie had breast implants in 1976. She later had them removed after developing health issues linked to the silicone.

26. Stevie held an after-party after U2’s Rattle & Hum documentary premiere at Mann’s Chinese Theater in 1988. Jack Nicholson was the first guest to arrive.

27. Stevie has been writing letters to serving soldiers since Desert Storm in the early ‘90s. As well as being behind the Band Of Soldiers charity, Stevie has personally sent thousands of loaded iPods to troops and baby clothes to war widows.

28. Canadian singer Sarah McLachlan drew the dragon on the cover of Stevie’s 2001 album Trouble In Shangri-La. 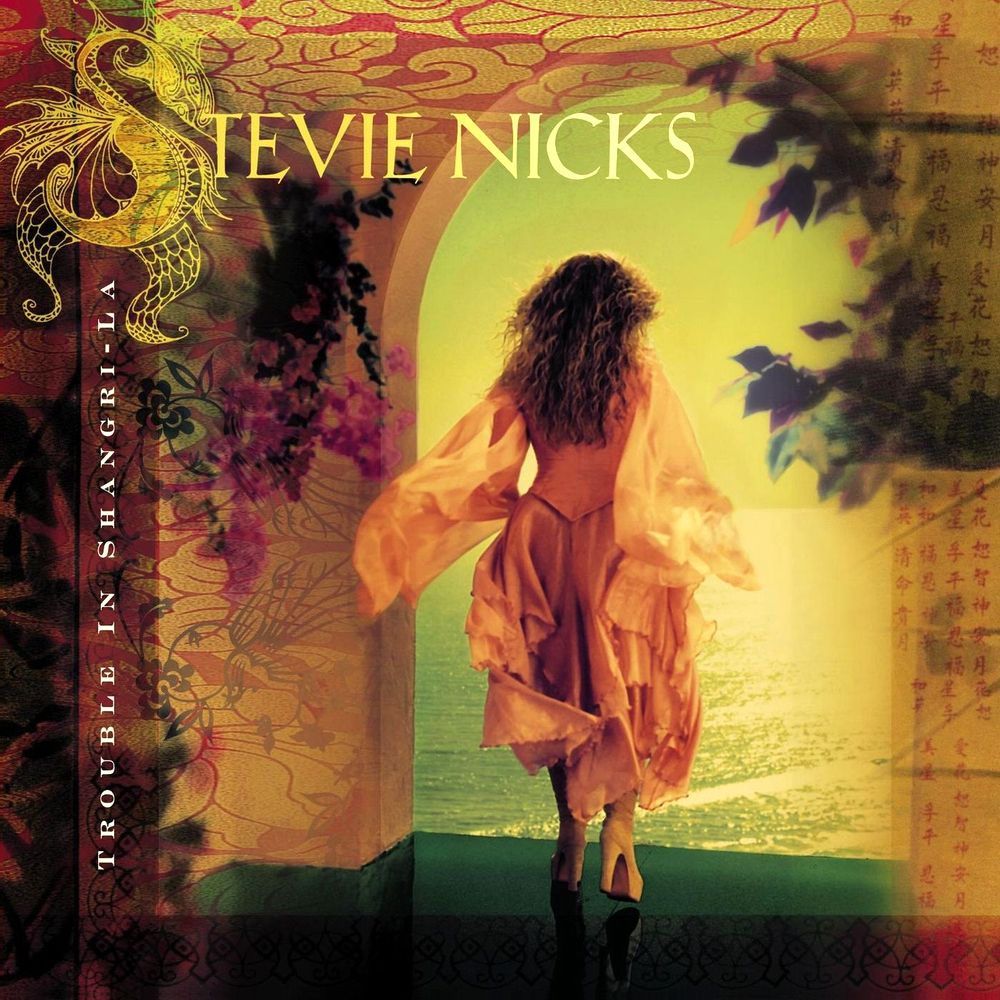 29. Stevie arrived at the Waldorf in New York in the early hours of September 11, 2001. Memories of the smell of dust and smoke of the day means Stevie hasn’t used smoke on stage since.

30. Designed as a visual prop rather than an instrument, Stevie’s stage tambourine is dampened with gaffer tape. When she handed it to US President Bill Clinton during Fleetwood Mac’s appearance at his 1993 inauguration, Clinton appeared baffled as to why he couldn’t get any sound out of it.