Sir Rod Stewart celebrates 50 years as a solo artist this year. To honour this milestone he has teamed up with The Royal Philharmonic Orchestra to record his classic hits in a completely reimagined way.

You’re In My Heart: Rod Stewart With The Royal Philharmonic Orchestra pairs classic vocal tracks from his most popular songs with new arrangements performed by The Royal Philharmonic Orchestra. The album also features a new version of the hit song “It Takes Two” featuring Robbie Williams and a brand-new song “Stop Loving Her Today” by Rod Stewart.

Produced by Trevor Horn, You’re In My Heart includes new orchestral versions of Stewart’s #1 U.K. hits: “Sailing”, “I Don’t Want To Talk About It” and “The First Cut Is The Deepest”. The collection also features versions of “Maggie May” and “Reason To Believe” – songs that topped the charts in Australia, the U.K. and the U.S. in 1971.

Listen to “Sailing” with glorious strings below.

Alongside Stewart’s major hits are fan favourites like “Young Turks”, “Forever Young”, “If We Fall In Love Tonight”, a version of “Handbags And Gladrags” from his multi-platinum acoustic album, Unplugged…and Seated and “Stay With Me”, a Top 40 hit he recorded with the Faces in 1971.

You’re In My Heart: Rod Stewart With The Royal Philharmonic Orchestra will be released November 22 as a 1CD and as a 2CD and digitally, pre-order here. 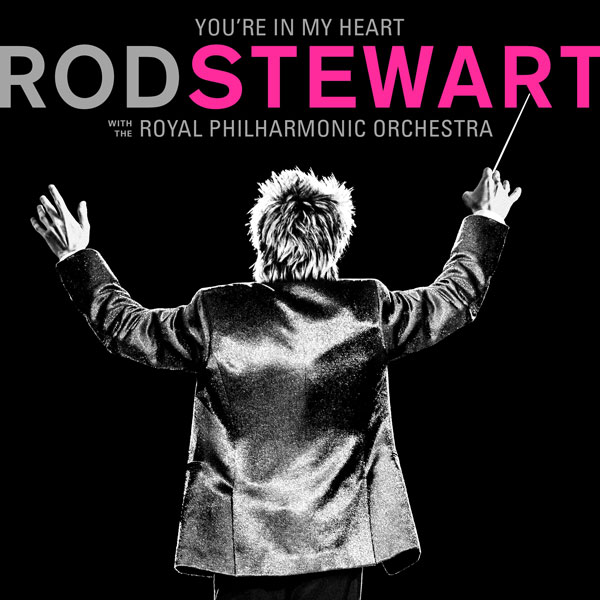 Listen to Rod Stewart on Spotify