Here’s a list of our 10 favourite creatures named in honour of the greatest artists in music.

David Bowie was paid eight-legged tribute with the Malaysian huntsman spider Heteropoda davidbowie. Peter Jager, the German arachnologist who named the species, suggested the orange hairs on the arachnid’s body and legs resembled the striking colours of Bowie’s famed ‘70s mullet. It was also a tribute to Bowie’s name-checking of the eight-legged critters with his band The Spiders From Mars and his 1987 song "Glass Spider." 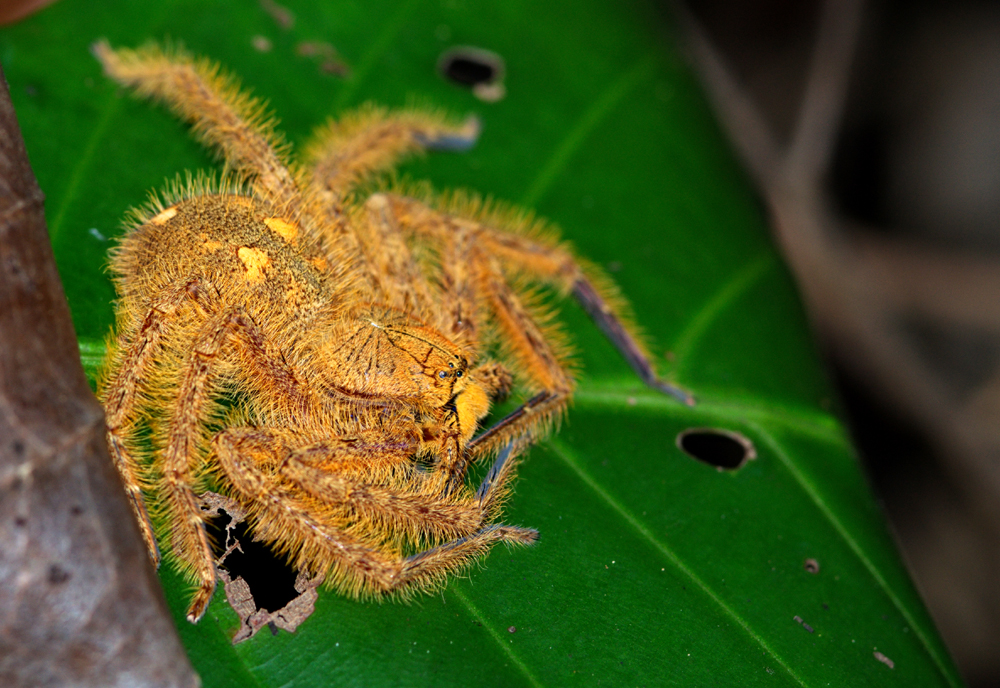 David Bowie isn’t the only musical provocateur who’s been immortalised as a spider. Aphonopelma johnnycashi, discovered in 2015, is aptly found near California’s Folsom Prison, the location of Johnny Cash’s famed 1968 gigs which began a commercial comeback for ‘The Man In Black’. Fittingly, males of this tarantula species are generally black in colour. 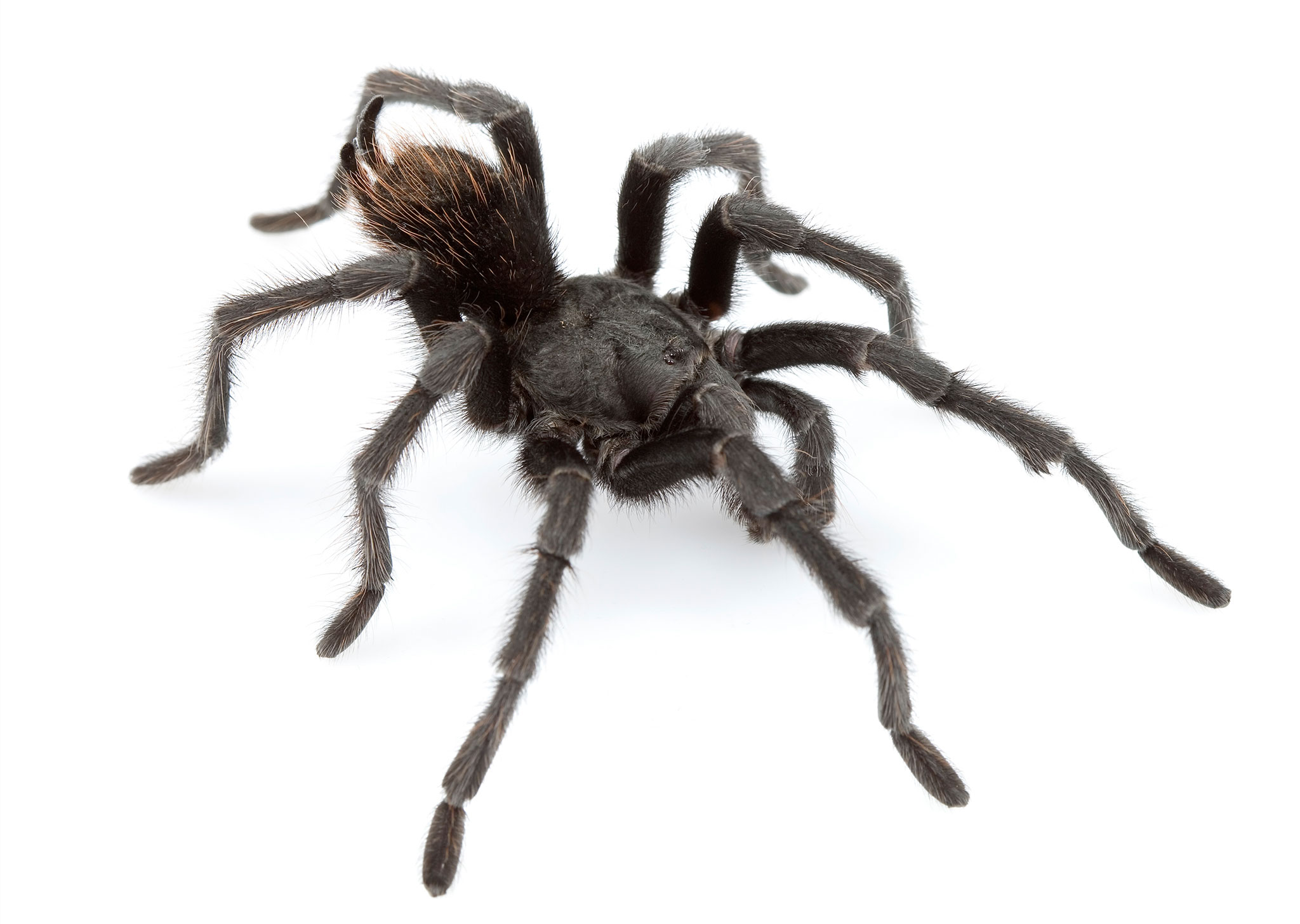 In June 2013, a dinosaur fossil was named Barbaturex morrisoni in honour of Jim Morrison. Around 1.8 metres in length, the herbivore lived 40 million years ago in the Asian forests of what is now Myanmar. The specimen was deemed an appropriate embodiment of the charismatic singer from The Doors, since both were “lizard kings”.

Without getting into obvious ‘rock dinosaur’ puns, it’s hard to deny the awesome nature of late Motörhead frontman Lemmy being immortalised in the scientific name of a fierce prehistoric crocodile. Lemmysuchus obtusidens lived around 164 million years ago in Cambridgeshire, England and was around six metres in length. In an action as brutal as any of Lemmy’s bass riffs, the species could crush prey such as turtles with its blunt teeth. A decade before Lemmy’s posthumous commemoration as an angry Jurassic beast, the fossilised polychaete (a 50 centimetre Swedish worm) Kalloprion Kilmisteri was also named in his honour.

Proving he was in it for the long game, Italian scientist Nando Boero suggests he began studying jellyfish in 1982 at the University Of Genoa as a means of naming an undocumented species after his musical hero, Frank Zappa. “My strategy was a simple one: that fauna was (and is) not well known; I would find some new species for sure; once I had found them I would have to give them a name; I would dedicate one of them to Frank Zappa; I would tell him about it; He would invite me for a visit." After naming Phialella zappai after the Mothers Of Invention frontman, Zappa responded to Boero in a 1983 letter by exclaiming "There is nothing I'd like better than having a jellyfish named after me". The pair subsequently met a number of times, with Zappa even referencing the scientist during his Genoa concert on his 1988 tour. Zappa’s quirky musical output is obviously a favourite in the scientific community - he also has fish, bacteria, an extinct mollusc, a snail, a spider and an asteroid named in his honour.

During a research expedition in the Amazon in 2009, scientists were captivated by a small tree frog with a strange, bat-like call. As fans of Black Sabbath’s bat-biting frontman Ozzy Osbourne, the Brazilian scientists behind the discovery dubbed the amphibian Dendropsophus ozzyi.

Not only have they performed together at various intervals over the course of almost 50 years, James Taylor and Carole King have also both been immortalised in the scientific names of two stonefly species: Anacroneuria taylori and Anacroneuria carole. Named by Mississippi College scientist and international stonefly expert Dr. Bill Stark, the pair were honoured in insect form in tribute to their environmental advocacy.

His species might not be as cool as the Indian frog named in honour of his late frontman Freddie Mercury, but in 2013 Queen’s subdued bassist John Deacon was acknowledged by Brazilian entomologists. Named Heteragrion johndeaconi, it seems apt that the songwriter behind the Queen classic “Another One Bites The Dust” would be recognised in a species that has a life cycle of no more than a few weeks.

The 2014 naming of an extinct sea snail after The Rolling Stones’ Mick Jagger was a perfect opportunity for newspaper editors to roll out another round of ‘old fossil’ jokes. Found in Nevada and with a shell less than a centimetre long, the creature’s large lips were given as the reason the sea snail was named after the British rock star back in 1972. “Hey! You! Get off of my shell!” doesn’t quite have the same ring to it though, does it?

We finish with another dead rock star with a spider named after him, but this one’s also a beauty. In 2012 the genus Loureedia was named after the famously prickly artist thanks to the fact it’s a velvet spider which lives underground in the Mediterranean. Still don’t get it? Reed’s first small steps towards success came as part of ‘60s group The Velvet Underground, whose track “I’m Waiting For The Man” was, coincidentally, first covered live by none other than David Bowie in 1967. Zing!

David Bowie’s new vinyl breakouts for Lodger, “Heroes”, Scary Monsters (And Super Creeps), Low and Stage are out on February 23rd and available to pre-order now.