The Roots Of Jebediah

The Roots Of Jebediah

Summer ruled in the 90s, thanks to bands like Jebediah owning the airwaves and festival stages. Their performances at Big Day Out and Homebake were legendary, and topping triple j's Hottest 100 list was a testament to how much kids connected with them.

And, they still rule! Gearing up for A Hitch To The Sticks Festival this weekend, we asked drummer Brett Mitchell to talk us through some of the songs that helped to define the Jebediah sound. Here is the playlist he curated for us, and below you'll find a bit of a deeper dive into some of those songs.

This is The Roots Of Jebediah...

I Was Made for Loving You - Kiss

My grandmother in England sent me Dynasty on cassette for maybe my 10th birthday or thereabouts. She would follow that up a year or two later with Culture Club's Colour By Numbers.  I still don't know how or why she made those choices, but I'm glad she did.

The release of their EP Tingles was kind of a big deal in the Bull Creek / Leeming region of Perth circa 1991 - and pretty much everywhere else too as it turned out - but it still felt special, you know? When I realised that I could make noises vaguely resembling this song on a $60 electric guitar plugged into a portable stereo it was quite a revelation.  I decided to get some drums a year or so later because it seemed easier than learning how to play barre chords.

Harnessed in Slums - Archers of Loaf

I'm including this one for my bandmates, who exposed me to a lot of music I never would have been cool enough to hear about otherwise.

Anarchy in the U.K. - the Sex Pistols

Mid High School era again here - a strange young man gave me a copy of a copy (of a copy?) of this album - that's how we got things done back then. I'd been getting into Boom Crash Opera so it took a bit of adjusting to, but it opened my ears to a whole bunch of British and American punk rock music with an energy and attitude that you just don't get exposed to on AM radio during car rides with your mum. In my experience at least. 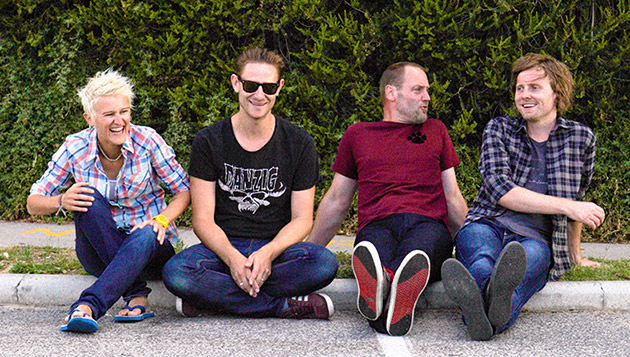