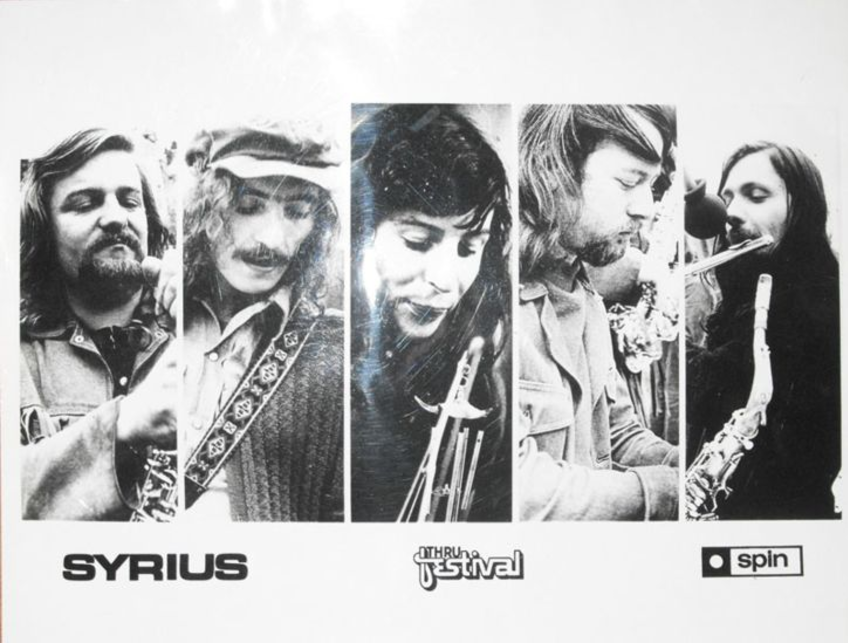 A couple of weeks ago we assembled some great Aussie Beatles covers for you – covers both classic and obscure from the likes of Doug Parkinson, Zoot, and John Farnham. We just came across another one, although interestingly this one is equal parts Australian and Hungarian.

The band is Syrius; Hungary’s leading jazz-fusion/progressive rock band of the early 70s. Syrius came to Australia in 1971 at the urging of Aussie backpacker Charles Fisher, who saw the band play in Budapest. The band landed a contract here with Spin/Festival and recorded an album with young Charles helping out with some lyrics and top Sydney producer Gus McNeil producing. The album is considered one of the great Australian albums of the era and is legendary back in Hungary.

The version of "Strawberry Fields Forever" we’ve got for you here doesn’t appear on the album but it was recorded in Australia, for ABC-TV GTK program, and it’s a ripper.

Indeed, Syrius was so cool we're going to show you a couple more from the same program – a great cover of Hendrix’s "Manic Depression", and a song called "Dream About the Dance of the Flowers" that we think is original.

Syrius ended back in Hungary but the story doesn’t end there as far as Australian connections go because bass player and singer Jackie Orszaczky was back in Australia in 1973. He joined Bakery (alongside future producer Peter Walker) then in 1975 recorded a solo album. That same year he found himself in Marcia Hines’ band, becoming her musical director throughout her most commercially successful period. He spent the rest of his life – he passed away in 2008, aged 59 – as one of Australia’s most acclaimed musicians in jazz and soul circles.

And that young back packer Charles Fisher? H, of course, went onto found Trafalgar Studios and produce Ol’55, Radio Birdman, Air Supply, 1927, Savage Garden and many others.