These Albums From 1993 Are Turning 25 This Year

These Albums From 1993 Are Turning 25 This Year 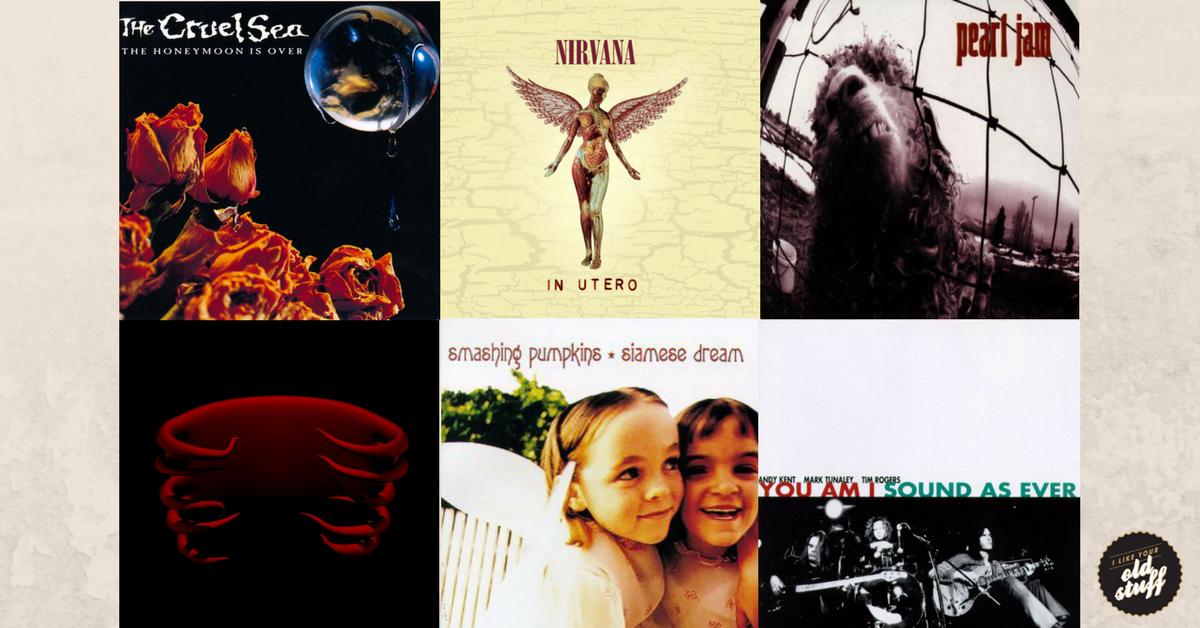 25 years may have passed but great albums never die.

1993 was an incredible year for rock music, here are just a few of the great albums that are turning 25 this year...

The third and final album for Nirvana, this was a much rawer sounding offering compared to the spit-polished monster that was Nevermind, and it was a deliberate move. They wanted to return to that abrasive and often mistake-laden pure garage band sound, and with the help of producer Steve Albini, they captured it perfectly in just two weeks.

The album was tweaked though after the record company suggested that it wasn’t commercially viable. Steve Albini refused to alter what had been done, so producer Scott Litt was called in to make minor adjustments to the mix. "Frances Farmer Will Have Her Revenge On Seattle" is a great example of the rawness achieved.

The second studio album by seminal grunge shoegazers, The Smashing Pumpkins, Siamese Dream boasted the huge hits, "Disarm", and "Today", both of which were quieter offerings, beautifully offset by the monstrous opener of "Cherub Rock". The Pumpkins didn’t at all suffer from the dreaded second album syndrome, they only capitalised on what their debut, Gish, had already delivered. This was due largely in part to not compromising on sound, despite the album going behind schedule and finishing up $250,000 over budget. Totally worth it.

The Cruel Sea - The Honeymoon is Over

This was the band's 3rd studio album and provided arguably their biggest hit which happened to be the title track. Selling over 140,000 copies, this album sent them on tour with Nick Cave across Europe, which parlayed into a headlining tour across Europe and Canada. Brilliant production that catches the raw gutsy, full of swagger and attitude sound of the band is what makes it a timeless beast.

Named after a Jerky Boys sketch, this debut album from dark rockers Radiohead provided the world with their most instantly recognisable and most played song on rock radio, "Creep". But dig a little deeper and you’ll find some gems definitely worth another listen. "Anyone Can Play Guitar" for example, a song lamenting that anyone can become a guitarist, wannabes getting famous, but true songwriters are hard to come by. A touch pretentious for a debut album, but if the shoe fits, wear it.

You Am I – Sound As Ever

The debut album from You Am I was about as raw as it could get. Recorded in the US at Pachyderm Studios, straight after Nirvana had wrapped up recording In Utero at the very same place, perhaps that’s why it captures a more raw sounding You Am I, more punk driven and less polished which reverberated with fans in Australia who were used to seeing them live at the time.

The single, "Berlin Chair" is still a crowd favourite, and one that defines the band to this day.

Aerosmith – Get A Grip

After being somewhat on the nose, in 1989 these guys released PUMP and it brought them right back into the fray. The first single, "Livin' on the Edge," was played ad nauseam by a friends brother when it was released, so much so, that another friend removed the single from the player, and frisbee’d it across the road. A touch extreme, but nailing home the point that, for ‘smith fans, they were well and truly back. Add in "Crazy', "Amazing" and "Cryin", and Get A Grip was a cracker.

Another band that most certainly did not suffer from ‘second album blues’ was the thundering juggernaut, Pearl Jam. TEN was a lot to live up to, and Vs delivered in spades. In fact it was a much looser sounding and raw album, full of natural groove and almost funk in parts, along with acoustic ballads. This was a very complete album that still stands up today.

Ok, so normally we focus on rock, but this is arguably one of the most important hip-hop albums from the 90’s, if not all time. Any album that debuts at #1 on the Billboard chart and sells over 800,000 copies in its first week, definitely deserves a mention. Snoop delivered his own West Coast style of hip-hop and realism in spades and had instant classics with "Who Am I (What’s My Name)?", "Gin and Juice", and "Doggy Dogg World."

In 1993, the name Liz Phair was everywhere once she released her debut album. Most certainly a landmark album, critically acclaimed, and summed up perfectly by Phair herself. "I don't really get what happened with Guyville. It was so normal, from my side of things. It was nothing remarkable, other than the fact that I'd completed a big project, but I'd done that before... Being emotionally forthright was the most radical thing I did. And that was taken to mean something bigger in terms of women's roles in society and women's roles in music... I just wanted people who thought I was not worth talking to, to listen to me.”

If you’ve never listened to it, or have it buried away in your collection, now’s the time to listen to it again.

Another debut album from 1993 that launched a band into legendary status. Undertow, released at the height of the grunge movement, helped heavy and prog rock breakthrough, it really opened a lot of doors and introduced us to their weirdly creepy but fascinating world of stop motion animated film clips. TOOL kicked the doors open and made you take notice with Undertow.

This, of course, is just scratching the surface of great albums that turn 25 this year, so please include your favourites from 1993 on our Facebook page.