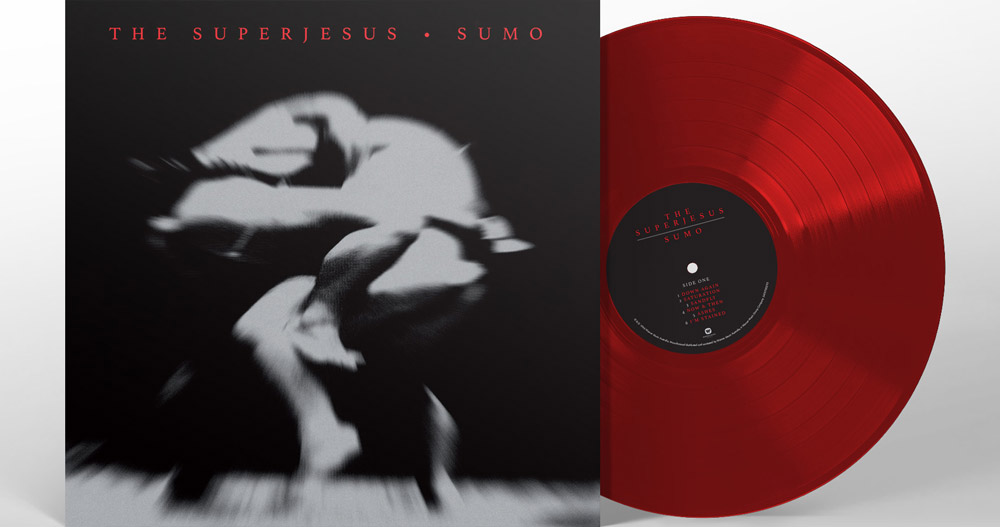 2018 was a great year of Aussie reissues and for anniversary box-sets in general. We covered a stack of our faves last week, you can read that here.

Today we're gonna focus on the local legends who delivered the exact amount of nostalgia we were looking for.

In 1998, The Superjesus shot to #2 on the ARIA charts with this monster album. 20 years later they delivered a super reissue with an amped up version of Kylie Minogue’s "Confide In Me". I write about this reissue first because I fell in love with the band in the early 90s and remain a staunch fan of whatever they do to this day. A pivotal album for not only the band, but for me as well. Grab it on coloured vinyl, and listen to brilliant Aussie music history.

Most Aussie's accept that we sometimes like to adopt stuff across the ditch as our own, but only when it’s great like Shihad, so pipe down sooks. Australia has adorned them with multiple ARIA nominations and hell, if you living here, you’re winning favour. The General Electric was the album that cemented Shihad as a sonic juggernaut, claiming the #1 spot in New Zealand, and as they celebrated their 30th anniversary as a band, being given this reissue is a real treat on black vinyl. Worth adding to your collection.

Models – The Pleasure Of Your Company

To celebrate 35 years since its release, Models released their classic LP The Pleasure Of Your Company, on vinyl for the first time. Featuring hit singles "I Hear Motion", "God Bless America", "No Shoulders, No Head". Ten tracks beautifully delivered in waxy goodness that opens with "I Hear Motion" will take you straight back to Countdown in 1983. Well, that’s where it all began for me anyway.

Well was this a weird one. A lot of people, myself included, didn’t know what to make of MGF initially, but after seeing them live, I totally understood (well didn’t understand it, but had fun) what the hype was all about. And I wasn’t alone. Their second studio album really launched them into the mainstream consciousness with the hit, "The Girl Of My Dreams Is Giving Me Nightmares". Chit Chat from the band looks back fondly “Time has been good to me on this – when I go back there is only joy. It feels like it happened to someone else sometimes. My life has moved on so much, but to be honest I’m really proud of the album. I know that it’s a really daggy thing to say, but I am.”

To celebrate being around for 21 years as a band, The Eski’s decided to rerelease their catalogue in 2018, and as part of that came Inshalla, their 2009 smash and first number #1 ARIA album. Kev Temperley reflects “The word Inshalla means “God willing” or “What will be, will be”.  It's such a musical word when you say it, it sings off the tongue. I can’t think of a more perfect word to represent this period of our lives.  "Inshalla", what a blessing it was indeed.”

When I think back to 2009, this album was EVERYWHERE, and everyone was talking about it, and I took great comfort in knowing that an Australian album had such an effect on the musical landscape in this country.

Much like Midnight Oil’s biggest songs, Goanna’s "Solid Rock" is, in my opinion, often overlooked in its message, rather just enjoyed for what it is on the outside - a super catchy pop rock song from the early 80s. People will sing along to it and pretty much ignore the message, lost in its melody. Singer-songwriter Shane Howard looks back “I realised that this country that I grew up in, that I thought was my country, wasn't. I had to reassess my whole relationship with the land and the landscape, and understand that we had come from somewhere else, and we had dis-empowered a whole race of people when we arrived.” The reissue orange double LP set featuring that absolutely iconic front cover is a must for any vinyl collector.

Back in January this year, Motor Ace reissued their 2001 killer album, that delivered us a Triple J staple in "Death Defy". Given the enormity of the TV show The Secret Life Of Us which took it as their theme song, they were literally in every household. They hit the road playing tunes from that and later albums and the response was brilliant. I always dug what they did back in the day, and as an announcer on Fox Fm at the time, we played the hell out of it as well, and it seems that every event we had, Motor Ace were there in some capacity, such was their appeal. If you think that bands like Motor Ace don’t exist today, you’re mistaken, although very few had that chemistry that lead to their success.

All of these sets and more can be found in our ILYOS store, here.