Prolific and gifted don’t even begin to describe the impact of an artist like Prince. With a career spanning 40 years, he produced 40 albums, won 7 Grammy’s and sold over 100 million records.

He was an iconoclast who treated the word taboo as if it were an open invitation, redefining popular music with his unique fusion of R&B, pop, disco, new-wave, rock, electro and soul.

Whether you’re gearing up for a big night out, or maybe a big night in, our I Like: Prince playlist is tailor-made for getting a sexy party started.

Featured track, “Mary Don’t You Weep” appears on the posthumous album, Piano And A Microphone 1983, discovered on a cassette tape in Prince’s Paisley Park vault. It will be released on September 21st and is available to pre-order here.

His vocal dynamo and trademark androgyny are powerfully showcased in this track, proving that even in his rawest form, he was nothing short of captivating.

The story goes, Prince was tasked by the director of Purple Rain to write a song for a specific scene in the film. He showed up the next day with two options, one of them being “When Doves Cry”.

It would go on to become the lead single on the film’s 1984 soundtrack. The release was so successful it made Prince the first artist to ever hold the No. 1 single, album and film simultaneously in America.

Combining chart-topping appeal with provocative artistic expression, Prince upped the ante with every record he released.

His innovation is flaunted on “1999”, which is not only one of his best-known songs, it’s a career-defining moment that marks his official ascent to superstar status.

Have you ever wondered who’s responsible for those ‘Parental Advisory – Explicit Content’ labels on the front of CD’s? If you’re like me, you’re probably guessing it was rap or hardcore, maybe black metal …

Turns out, it was Prince.

He may have been a master composer, multi-instrumentalist, virtuoso, pop-star protégé, but his sexually charged R&B funk fusion proved all too much for the mothers of teenage girls in America.

But Prince never let a little controversy get in his way, if anything he thrived on breaking boundaries, teaching us all that you don’t have to be big or tough to be a trailblazer. 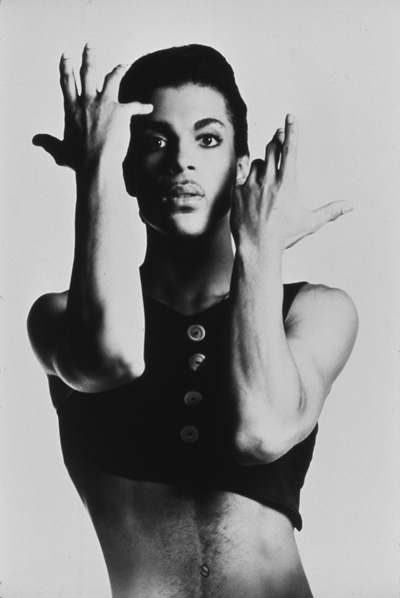 In the words of Barrack Obama,

“Few artists have influenced the sound and trajectory of popular music more distinctly or touched quite so many people with their talent. As one of the most gifted and prolific musicians of our time, Prince did it all…"