The funeral of the late great Malcolm Young - the greatest rhythm guitarist of all time - was held yesterday.

Amongst his family, friends, and bandmates, in attendance were Australia's rock n roll and music industry legends who stood together to pay respects and say farewell to an icon and friend. Jimmy Barnes, Angry Anderson, Michael Chugg joined Brian Johnson and Phil Rudd, and of course, Malcolm's brother Angus Young who formed AC/DC with him was carrying Malcolm's beloved guitar "the beast". 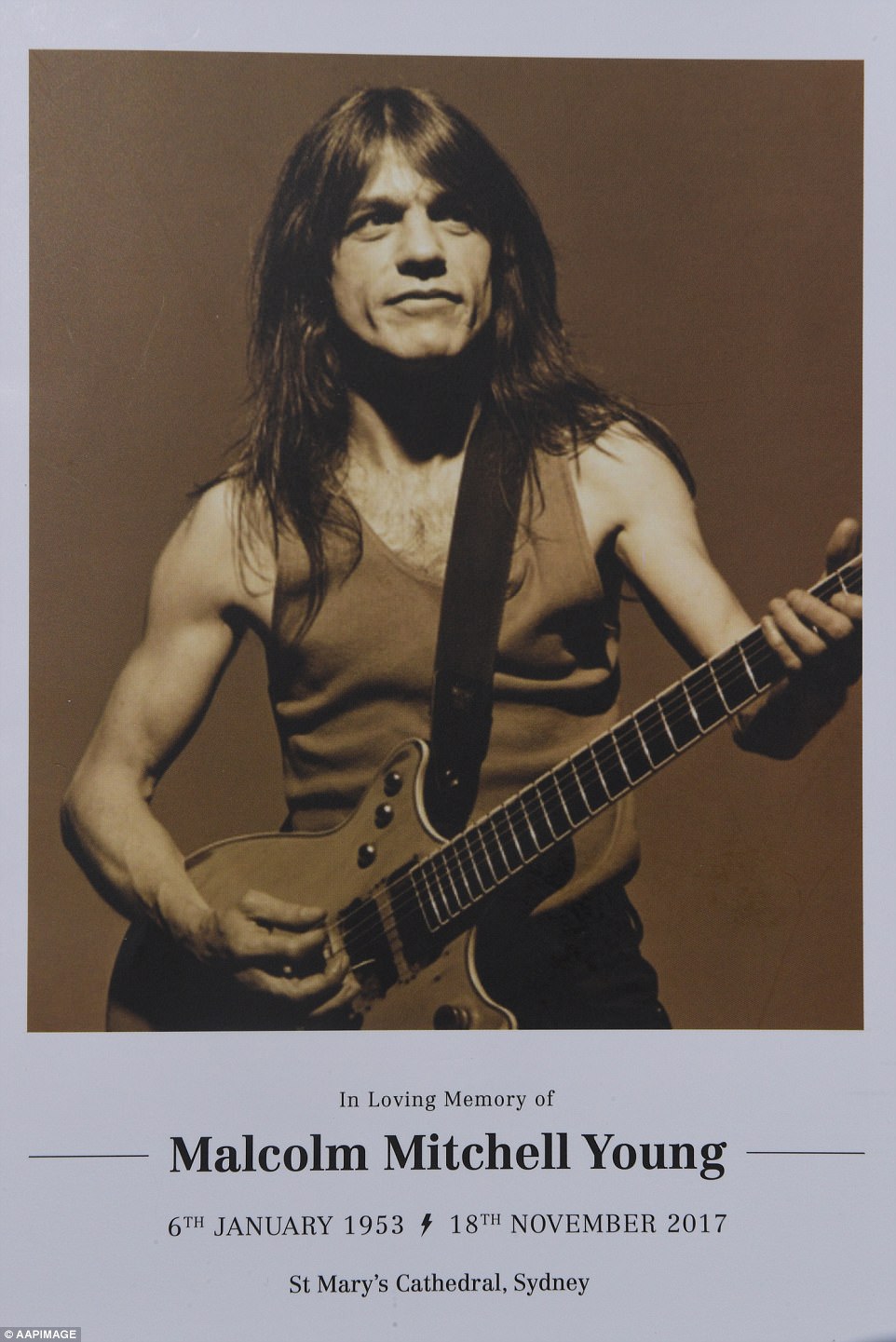 Guitar picks with the date of Young's birth and death were given to mourners as they entered the church.

Legendary Aussie Rock photographer Bob King has just posted a number of photos from the service for Malcolm Young at St Mary's Cathedral in Sydney, which can be viewed here.

Following the funeral service, Jimmy Barnes went on to the ARIA Awards where he performed a tribute to Malcolm with AC/DC's "High Voltage" that absolutely brought the house down! Diesel on guitar.