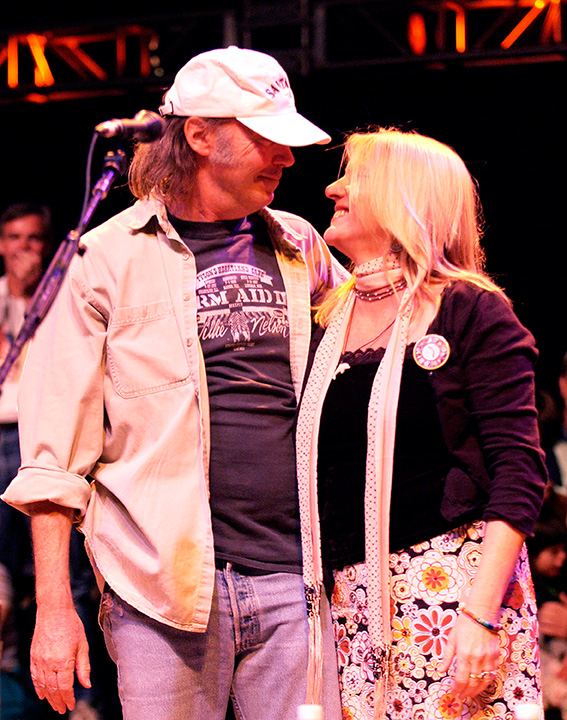 Pegi Young - activist, philanthropist, musician, mother and former wife of Neil Young has passed away at the age of 66, after a year-long battle with breast cancer.

Our hearts go out to the rocker and his children who are in mourning following the sad news. A statement expressing their grief was released via Young’s social media,

“With great sadness, we confirm that on January 1st after a yearlong [sic] battle with cancer, Pegi Young – mother, grandmother, sister, auntie, musician, activist and co-founder of the Bridge School – passed away surrounded by her friends and family in her native California. We request that the families’ [sic] privacy be respected at this time.”

Pegi was only 22 when she met her future husband, Neil Young while working in a diner. After a whirlwind romance, they were married in 1978, their young love was later immortalized by Neil in his 1992 song “Unknown Legend”.

After singing back-up on Neil Young’s tours, she started her career as a solo musician with her debut self-titled album in 2007. She released five albums and fronted a band called, Pegi Young and the Survivors.

In 1986, inspired by the struggles of her and Neil’s own son, Ben - born with cerebral palsy - Pegi began her crusade as an activist and philanthropist. Together with and co-founders, Jim Forderer and Dr Marilyn Buzolich, Pegi and Neil opened the Bridge School – an institution designed to help children with physical and speech impairments.

Pegi worked tirelessly, until the end of her life, to raise awareness and funding for special needs students, curating the annual Bridge School Benefit Concert, drawing rock legends from across the globe to perform for the school’s students and their families.

With her tireless dedication to spreading awareness, understanding, empathy and compassion, she left a world a better place.

RIP Pegi Young, you hero of the people.