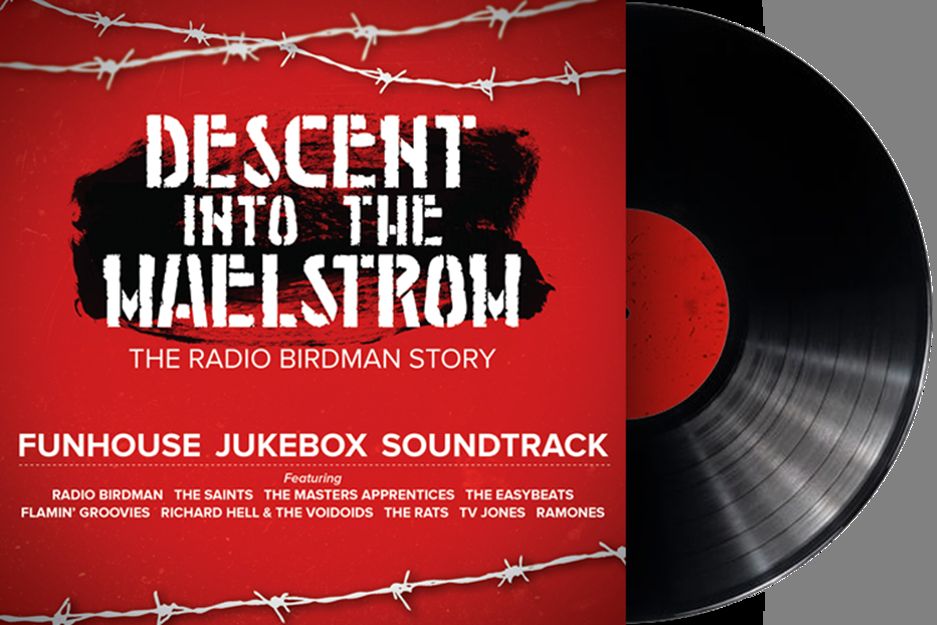 There’s much excitement out there in rock’n’roll internet land about the forthcoming RADIO BIRDMAN documentary film Descent Into the Maelstrom, and rightfully so.

We’re also very excited about the film's soundtrack, which is out June 9 on CD, LP and digital download.

Subtitled ‘Funhouse Jukebox Soundtrack’, the collection is modelled on the legendary jukebox at the infamous Funhouse - a venue that Birdman themselves ran at the Oxford Tavern in Taylors Square, Darlinghurst. The band kept the jukebox filled with their favourite singles, new and old, and it provided something of a musical education for their fans.

Most excitingly, the soundtrack features the first EVER track released by Rob Younger, Ron Keeley and Warwick Gilbert’s pre-Birdman outfit the Rats. It was a meeting of the Rats and Deniz Tek’s band TV Jones (who are also featured with an early recording of "Monday Morning Gunk", which has been released before) that led to Radio Birdman’s formation. The Rats track is a cover of the New York Dolls classic "Personality Crisis", which would’ve been barely a year old when the band recorded it in 1974.

Here are a few of our faves from the soundtrack. Check out the complete tracklisting below and for more info on all things related to the film, including links to buy the soundtrack, check out the official website.